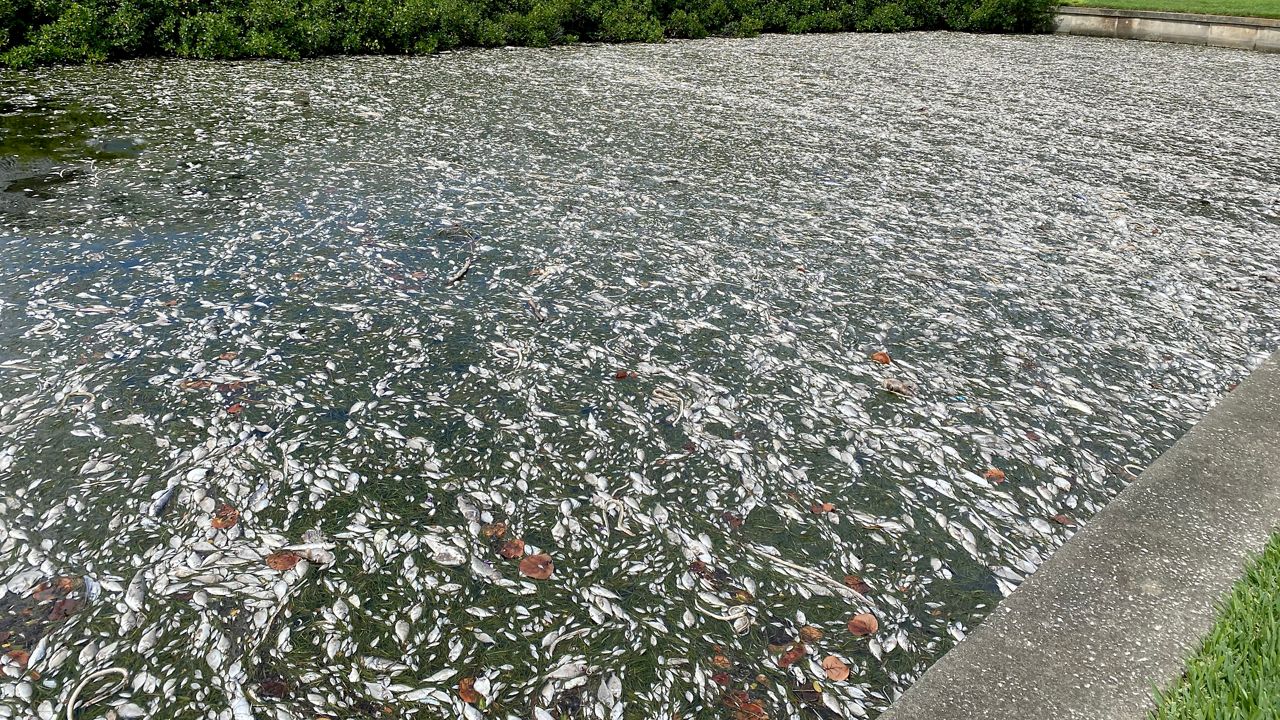 Clean-up continues: 613 tons of dead fish have been removed from St. Pete waterways so far

ST. PETERSBURG, Fla. — Red tide fish kills continue to plague a large part of the Pinellas coast, even as county officials have multiple crews out cleaning up the mess.

The city is working to clean up the mess and has collected over 613 tons of dead fish so far, according to a Tuesday afternoon updated. Earlier Tuesday, Mayor Rick Kriseman said on Twitter the number was 477 tons.

City officials say over 100 miles of coastline have been impacted, with the worst areas being along the east and southeast coast of St. Pete — Tierra Verde to Gandy Blvd.

On Monday, St. Petersburg City Council member Darden Rice tweeted that three contracted boats were out cleaning up fish and that the county would provide two shrimp boats to aid in the cleanup.

City officials say they have more than 120 employees working daily to remove the dead fish from the waterways, which is delaying other non-essential services like roadway mowing, tree trimming, pothole repair, etc.

The city is also exploring options to bring in outside contractors to assist with fish retrieval.