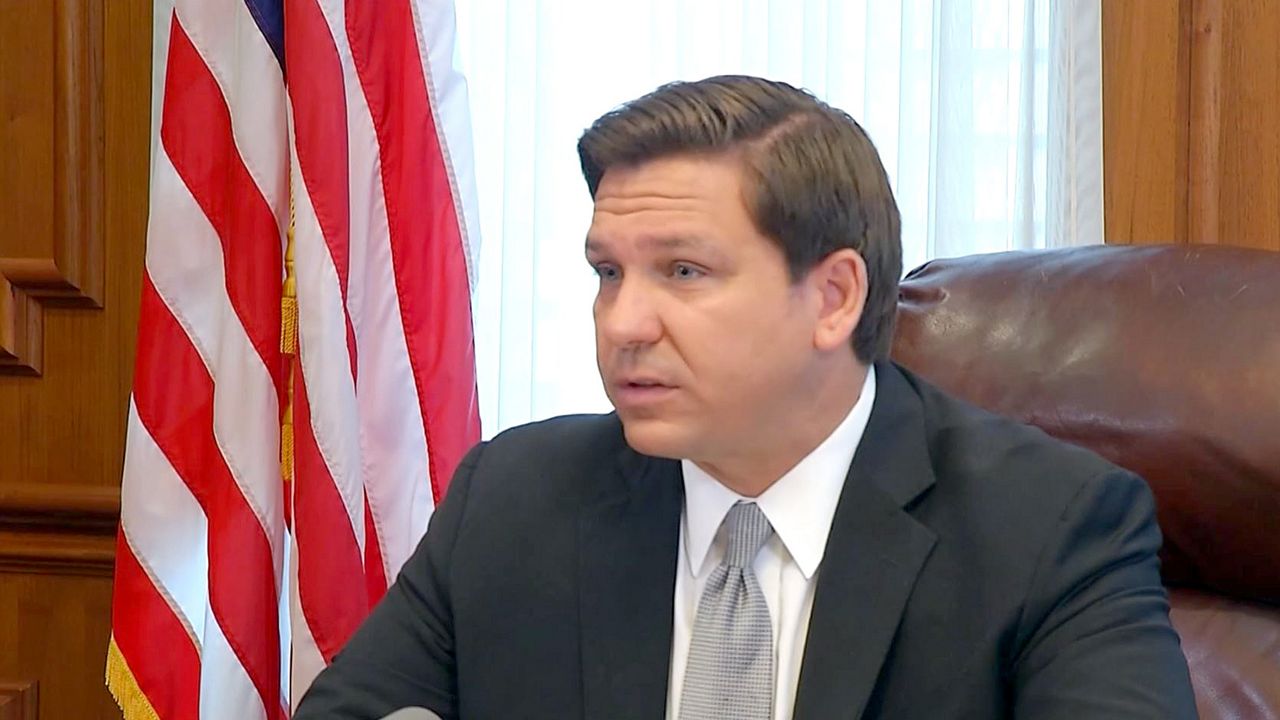 ST. PETERSBURG, Fla. — Emphasizing a need for “economic vitality,” Gov. Ron DeSantis on Wednesday declined calls to declare a state of emergency from the effects of red tide, which has killed hundreds of tons of fish and prompted heightened concern among counties along Florida’s western Gulf Coast.

“A state of emergency does not help our economic vitality at all,” DeSantis said. “The only way that would be helpful is if I had no money and needed to access unallocated general revenue.

DeSantis made his comments during a news conference at the Fish and Wildlife Research Institute in St. Petersburg.

The news conference featured multiple members of state agencies, nonprofit organizations and local governments and businesses who hailed one another, especially the governor, and efforts to fight red tide and clean up dead fish that have been washing up on shores throughout the region.

“This is the best cohesive joint effort I’ve ever seen,” said Robin Miller, president of the Tampa Bay Beaches Chamber of Commerce.

St. Petersburg Mayor Rick Kriseman stood Wednesday among critics of DeSantis' handling of this surge of red tide, writing on Twitter in response to a tweet that noted Kriseman hadn't been invited to a DeSantis roundtable conversation in St. Petersburg on the issue: "The politicization of the governor's response to red tide is truly sickening... When crisis comes, partisanship must go. We should always come together in times like this."

The politicization of the governor's response to red tide is truly sickening. My team and I are focused on fixing the mess that was sent our way. When crisis comes, partisanship must go. We should always come together in times like this. https://t.co/zOd4SH5s3n

Miller, of the Tampa Bay beaches chamber, and the governor suggested that a state of emergency would produce fallout on the region’s tourism and economy.

“A state of emergency does not help our economic vitality at all,” she said.

A spokesperson for St. Pete Mayor ⁦@Kriseman⁩ says he was not invited to join ⁦@GovRonDeSantis⁩ today for his press conference regarding red tide. Kriseman tweeted the politicization of the gov’s response to red tide is sickening. ⁦Gov’s response ⁦@BN9⁩ -> pic.twitter.com/1nhxNXk8iq

DeSantis dismissed suggestions that he was politicizing the problem.

“In fact, the economy’s open here and people should be coming” to the region, he said. “It would have been very irresponsible to” have declared a state of emergency.

DeSantis said Florida’s Department of Environmental Protection “is able to commit” $2.1 million to clean up coasts in Pinellas County, including St. Petersburg, and “has resources to provide additional assistance.”

DeSantis’ news conference came as scores of dead fish continue to wash up along shorelines in Pinellas, Pasco, Hillsborough and Manatee counties — prompting the St. Petersburg City Council to ask DeSantis in recent days to declare a state of emergency.

The most recent red tide outbreak has promoted scientists to seek links to algae blooms and the pumping wastewater of into Tampa from the site of an old fertilizer plant two months ago.

Scientists link red tide to algae blooms from runoff of sewage and fertilizer into waterways, sometimes from significant weather events. DeSantis said Wednesday that Hurricane Elsa appeared to have fueled the current onset of red tide.

"When asked about contributing factors to the algae blooms in Tampa Bay, DeSantis said...the scientific consensus is that the wastewater dumps from Piney Point did not cause the blooms and that the algae was already here." https://t.co/0QpR1xPpPH

Residents along Florida’s western Gulf coast complain of overwhelming odor and effects on businesses from the phenomenon.

Scientists also have linked red tide to deaths of manatees in Tampa Bay and Central Florida.

DeSantis said Wednesday that he toured the region’s coastal areas and, referring to Tampa Bay, that he was “pleased to hear from everyone that the Bay looks a lot better than it did.”

Yet Pinellas County restaurateur Frank Chivas noted Madeira Beach as a location that needs help cleaning up and that people are “seeing acres and acres of dead fish” in the intercoastal waterway.

“Many boats can be hired to aid,” he said. “I think we need to get more boats out there to get rid of the dead fish.”