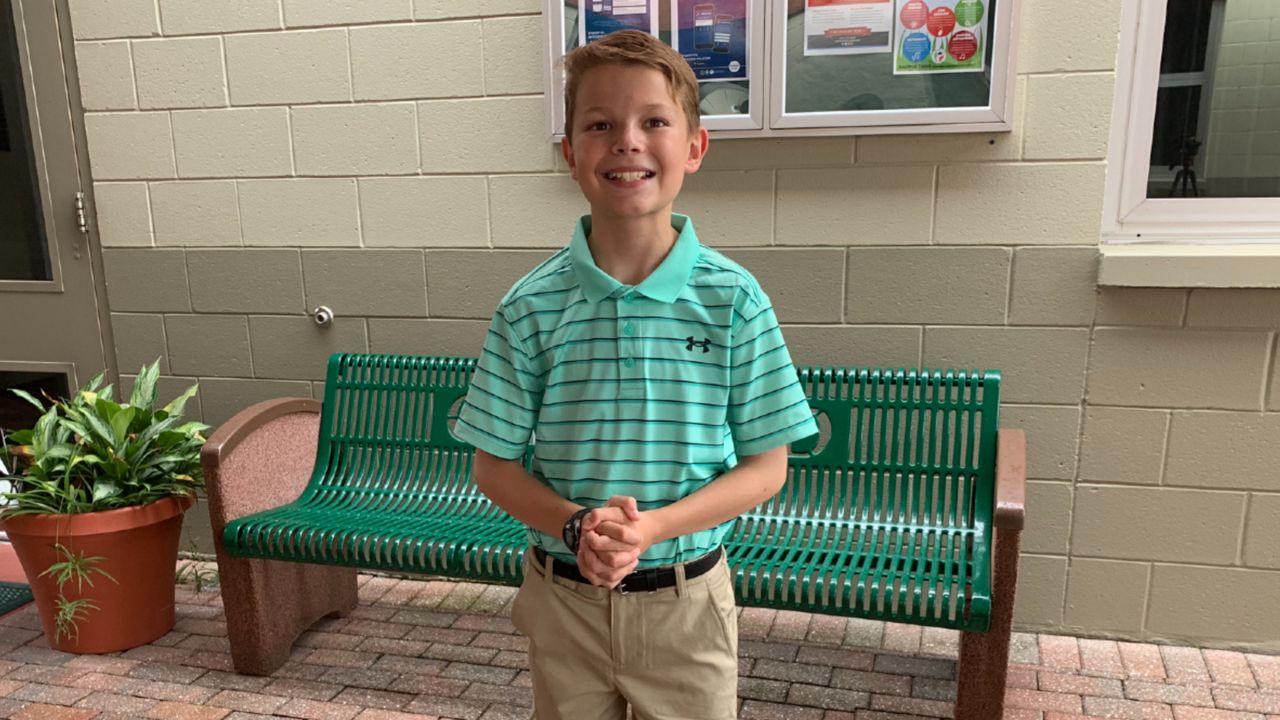 LAND O’ LAKES, Fla. — When you meet 11-year-old Noah Richardson, it is indeed like talking to a young scientist.

“I really wanted to do a science fair. I’ve been waiting my entire life,” Noah said.

He jumped at that chance this past school year, entering the Pasco Science and Engineer Showcase.

For his project, he built a wind turbine with solar panels out of Legos, calling it the Solar T21.

The theme was how to solve a problem in your community. He chose the environment.

“I knew that the best way to do it was with the two cleanest types of energies, solar and wind,” Noah said. “I came up with the idea to combine them.”

Congrats to Noah Richardson of Land O’ Lakes! At just 11, he was a merit winner in the national @3M Young Scientist Challenge. He was the only Florida winner and the youngest in the country! He designed a wind turbine with solar panels out of Legos. @BN9 @pascoschools pic.twitter.com/iFA6dawhZG

The project was a hit with local judges.

He then became one of 12 Pasco County students to enter the 3M Young Scientist Challenge, which features students nationally.

He put together a video showcasing his turbine and ended up becoming a merit winner in the challenge. He was the only student from Florida to be honored.

On top of that, he was the youngest in the country.

“I was so excited,” Noah said.

So was Stacey Desort, his fifth grade teacher at Oakstead Elementary School in Land O' Lakes. The two worked together on the project and they pulled it off, even while working remotely due to the pandemic.

“For the most part, it was Noah. It was his curiosity, his determination and his ambition that made the project such a success,” Desort said.

Noah’s mother, Megan, is thankful that Pasco County Schools offered this opportunity, even during the pandemic.

“This really got him ready for middle school,” Megan Richardson said. “It just brought a light out in him. Ms. Desort was fabulous. My heart sang when we got the news.”

While Noah is the star, he said he didn’t go alone, as he gets ready to go for his next prize. His goal is to place in the top 10 of all the young scientists in the upcoming contest.

“I’d like to think my friends, family and teacher for all this help,” Noah said. “I like a challenge.”