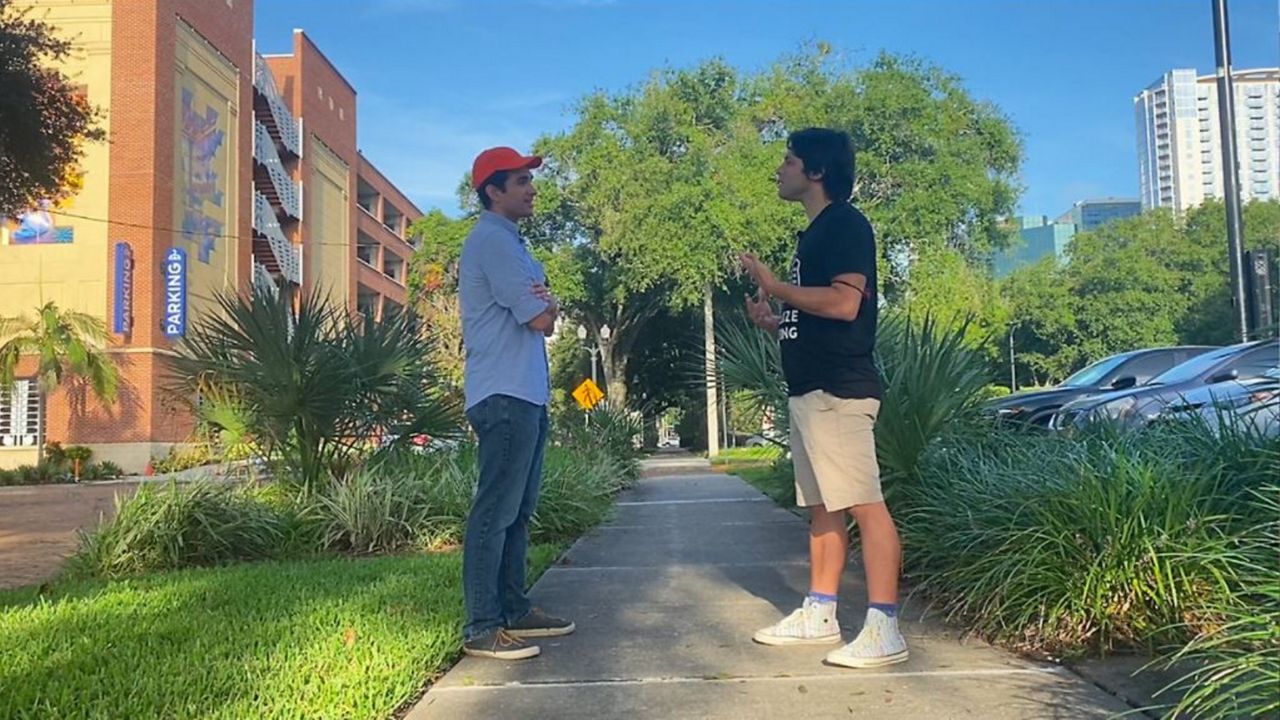 ‘Yes In My Backyard’: Local advocates ask county to prioritize affordable housing in its Vision 2050 Plan

“As you think about public policy, especially around housing, think about what benefits the (biggest) number of people, and not necessarily the loudest people,” Valle said, addressing the county’s board of commissioners at a public workshop held Tuesday.

The Orlando resident was one of several community members who spoke on behalf of Orlando YIMBY (Yes In My Backyard), a grassroots organization pushing for more affordable housing in a region that desperately needs it.

The Orlando metro area only has enough affordable, available housing units for 28% of its poorest residents, according to The National Low Income Housing Coalition. That’s below the national average of 37%.

Earlier this year, Valle and Naqiy Mcmullen co-founded Orlando’s chapter of YIMBY Action, a national network of housing activists pushing for systemic changes that encourage quicker development of more affordable housing. Throughout the country and in Central Florida, exclusionary zoning systems prevail, setting strict limits on which types of housing can be developed where. YIMBY activists push for “upzoning,” or the removal of zoning restrictions that separate single-family neighborhoods from other types of development.

“When we talk about [housing] density, oftentimes people get really nervous,” Valle said. “They think we’re going to put a high rise in every single neighborhood. But there’s something called gentle density, which is four floors, three floors, maybe five floors with some mixed-use [development] underneath.”

Townhomes, row houses and multifamily homes with just several units — not hundreds — are all examples of gentle density. Gentle increases in housing density can help increase the number of units available in a community while also bringing down housing costs, according to research published by the Brookings Institute.

“We don’t need to be afraid of density,” Valle said. “Density can be a beautiful thing. It can be a good thing.”

Once complete, Orange Code will allow different areas of the county to design neighborhoods that suit their various needs, according to Orange County Planning Manager Alberto Vargas.

“The idea is not to dominate the uses of duplexes or triplexes for an entire community, but to be able to transition those into the much more single-family detached type of neighborhoods,” Vargas said.

Orange Code will be a form-based code: a type of regulation focused less on what buildings are used for and more on what they physically look like, especially in relation to the street and the public realm.  In contrast, more conventional, exclusionary zoning regulations separate communities by land use.

“What we want to do is build a city where people can live and work here, all in the same place,” Valle said.

His group also pushes for public transit systems to be better integrated into residential communities, a priority Vargas echoed.

“Transportation is critical to affordable housing because you begin to have an option not to own an automobile, if the transit system planned for that area is successful,” Vargas said. “You’re able to set aside those expenditures for housing needs.”

At the commissioners’ workshop Tuesday morning, Valle voiced his support of the county’s work on the Orange Code so far.

“This is what the future of our region needs,” Valle said.

Molly Duerig is a Report for America corps member who is covering affordable housing for Spectrum News 13. Report for America is a nonprofit national service program that places journalists in local newsrooms to report on undercovered issues.