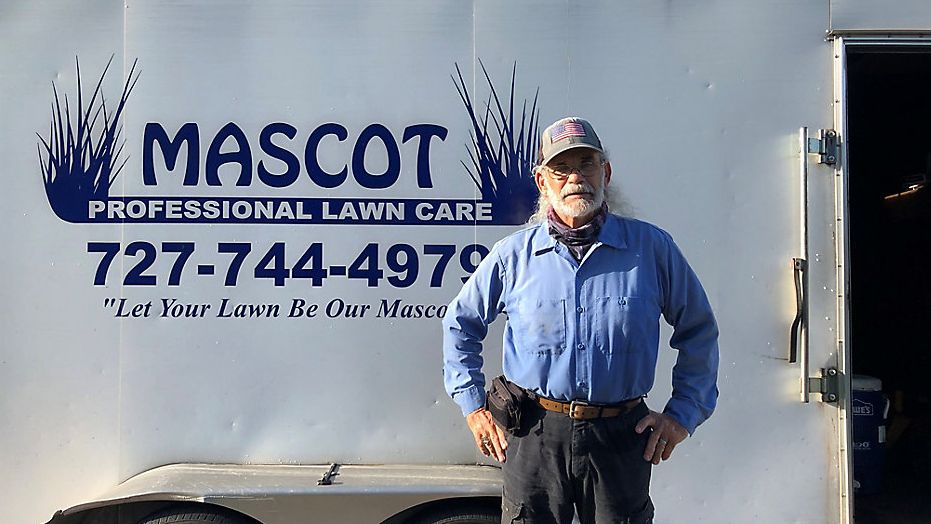 PINELLAS COUNTY, Fla. — Extreme heat due to climate change will lead to more unsafe working days for outdoor workers in the coming decades, unless significant policy changes are implemented, says a new report written by the Union of Concerned Scientists.

The report’s publication comes less than a week after it was announced that July was the hottest month on Earth, according to the National Oceanic Atmospheric Administration (NOAA). The world’s seven-warmest years have all occurred since 2014, with 10 of the hottest years occurring since 2005.

The findings are consistent with other reports indicating that extreme heat is already impacting worker health capacity and productivity around the world and will increasingly do so as the climate continues to warm.

Bear McFather, 67, has been cutting lawns for 37 years. He said that Florida's heat and humidity are a constant battle, but it’s always been mind over matter for him to get the job done.

“I don’t know if it’s getting any hotter,” he said early Tuesday morning in North St. Petersburg after finishing one of his first assignments for the day. “I know the average temperature in Florida in summer is going to be around 93 or 94 degrees. That’s what we’re experiencing year after year.”

McFather works with a small crew and said he’s seen some of his colleagues succumb to heat fatigue over the years.

“I try to encourage my guys to stay hydrated,” he said. “In spite of that, occasionally they get ‘bit by the bear,’ which is a southern term for heat stroke.”

Alex O’Connell is studying public health at the University of South Florida, but has been working this summer as a canvasser informing people in Pinellas County about COVID-19 vaccinations.

“Let me tell you – we’re not out there for blocks at a time. We have to take breaks. It’s pretty brutal some days,” she said of the unrelenting Florida sun.

Heat illness prevention bills have been introduced in the Florida legislature over the past few years, but received little traction. A measure sponsored by Orlando Democratic House member Carlos Guillermo Smith that would have established safety standards for outside workers, was introduced in the 2020 session but never moved out of committee.

The report says that with Black and Latino workers disproportionately represented in many outdoor occupations, losses in outdoor workers’ earnings “could exacerbate existing inequities in health outcomes, poverty rates, and economic mobility.”

“The big takeaway is that it’s already bad now for (outdoor) workers, and it’s going to get worse,” said Dr. Cheryl Holder, a professor at the Herbert Wertheim College of Medicine at Florida International University, and a co-chair of Florida Clinicians for Climate Action.

Holder said that outdoor workers already are contending with health-related problems, but it won’t get better for them until there is political will to adapt to a hotter planet.

The report estimates that depending on “the trajectory of future heat-trapping emissions,” $39.3 to $55.4 billion in outdoors workers’ earnings could be at risk annually by mid-century, which would not only have deleterious implications for outdoor workers, but their employers and the broader economy.

“With no action to reduce global emissions, more than 7.1 million U.S. workers would see 10% or more of their earnings at risk annually due to extreme heat, and losses would only grow as warming continues beyond mid-century," the report says. "With slow action — rather than no action — to reduce emissions, the potential losses would be dramatically lower but still far too high: nearly a quarter million workers would be at risk of such earnings losses."

The study also notes how in many outdoor occupations, Black and Latino workers are disproportionately represented.

According to a 2020 report by researchers from Stanford University and the University of Washington, farm workers will suffer through, on average, three times as many unsafe working days every summer as they currently do without any mitigation policies enacted.

“Rising temperatures are real and that they’re affecting farmworkers in ways that we didn’t see before,” said Neza Xiuhtecutli, the general coordinator of the Farmworkers Association of Florida.

For now, O’Connell said anybody working outdoors in Florida needs to be prepared.

“Stay hydrated. Wear sunscreen. Wear a hat," she said. "And if your employer is not providing the safety measures that you need, then you should have a conversation with them together as a working-class unit.”