Officials representing a controversial salmon farm proposed for Frenchman Bay hope to meet with the public in the coming weeks to explain their vision amid vocal – and visible – opposition.

The company originally planned to meet with the public tonight in Gouldsboro, but postponed the meeting because of concerns about a large crowd and COVID-19, said Thomas Brennan, director of project development for American Aquafarms.

“It just didn’t make sense to get that many people together,” he said, adding that they may wait a month or more before rescheduling.

Ten days ago, a flotilla of boats showed their opposition to the project in the water surrounding Acadia National Park. The company is proposing to lease two 60-acre sites in the bay where they would place 30 pens to raise Atlantic salmon. 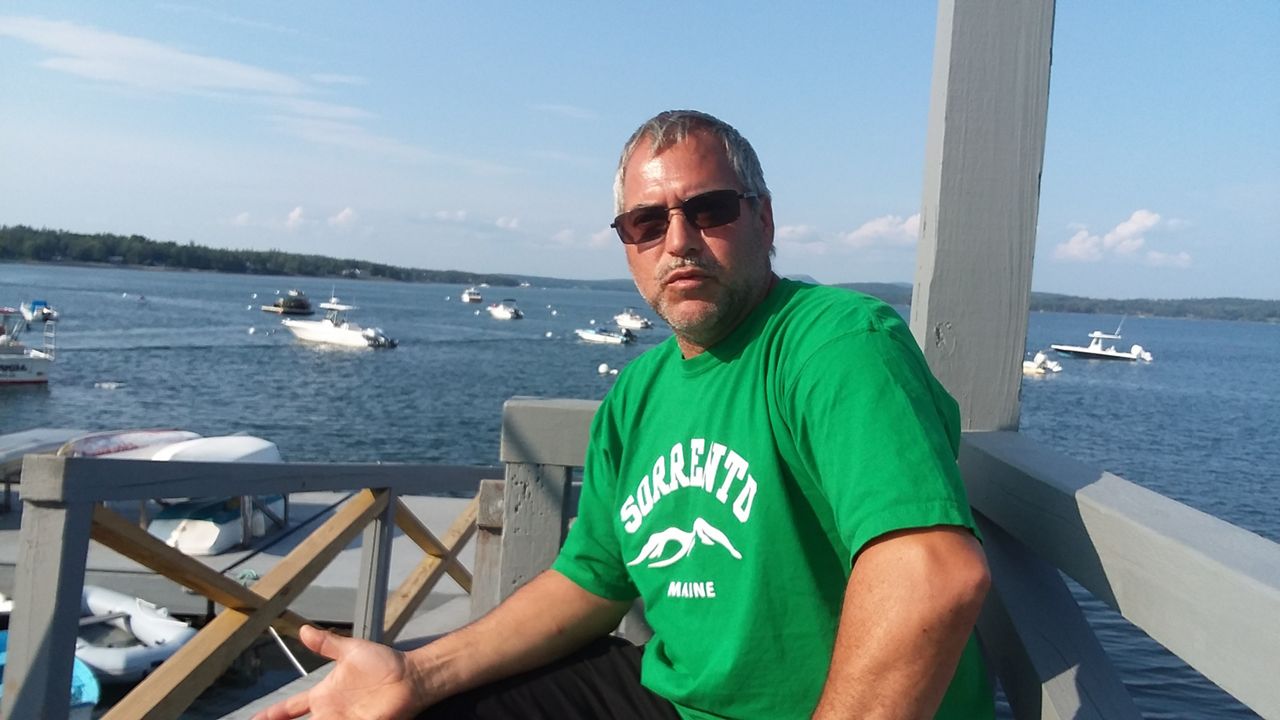 James West, a fourth-generation fisherman, said the lease site is too big and he’s worried about impacts on lobsters and fish. (Photo by Susan Cover of Spectrum News Maine)

In addition, the company wants to use the Maine Fair Trade Lobster factory in Prospect Harbor as a fish processing facility.

The $300 million venture, projected to produce 66 million pounds of salmon annually, is pending regulatory approvals. The company estimates it will hire about 75 workers for the pens and many more than that in the processing plant.

“The U.S. imports about 90% of its seafood,” he said. “A large proportion of that comes from Vietnam, China, Chile, Norway and Canada. It’s freighted and transported globally. Our vision is we are able to offer some of that production locally in the U.S.”

From the start, opponents have argued that the project should not be allowed in Frenchman Bay, citing concerns about potential environmental damage. The National Park Service blasted the proposal in July.

“The scale of the development – the equivalent of 16 football fields – is unprecedented in the United States and incongruous with the existing nature and setting of Frenchman Bay and its surrounding lands,” NPS Superintendent Kevin Schneider said.

Other groups, including Protect Maine’s Fishing Heritage and Frenchman Bay United, are worried about the loss of fishing grounds for lobstermen and others. They say lights and noise from the pens, combined with increased boat traffic, will turn Frenchman Bay from a popular tourist spot to an industrial factory site.

James West, a fourth-generation fisherman from Sorrento, said the lease site is too big and he’s worried about impacts on lobsters and fish.

“That’s a big chunk of bottom we would be giving up,” he said. “That could change the ecosystem of this bay tremendously. I don’t want to see that happen.”

Bar Harbor Town Councilor Jill Goldthwait, a former independent state senator who served on the Legislature’s Marine Resources Committee, said she gave careful consideration to the proposal before deciding to oppose it. She is mindful of the need to bring seafood production back to the U.S.

“Their argument that more seafood grown in our own country is a good thing, I agree with them on that,” she said. “But I am not sure that there aren’t aspects of this that are fatal in my view. It took me a long time to come to that.”

While Maine is known internationally for its lobster catch, whether it will eventually also become home to large scale penfish farming is yet to be determined. The American Aquafarms proposal is one of four to surface in recent years.

In 2018, Nordic Aquafarms announced its intention to build a $500 million, 55-acre land-based salmon farm in Belfast. The project has received all permits, but a lawsuit over where the company wants to put its discharge pipes is pending. 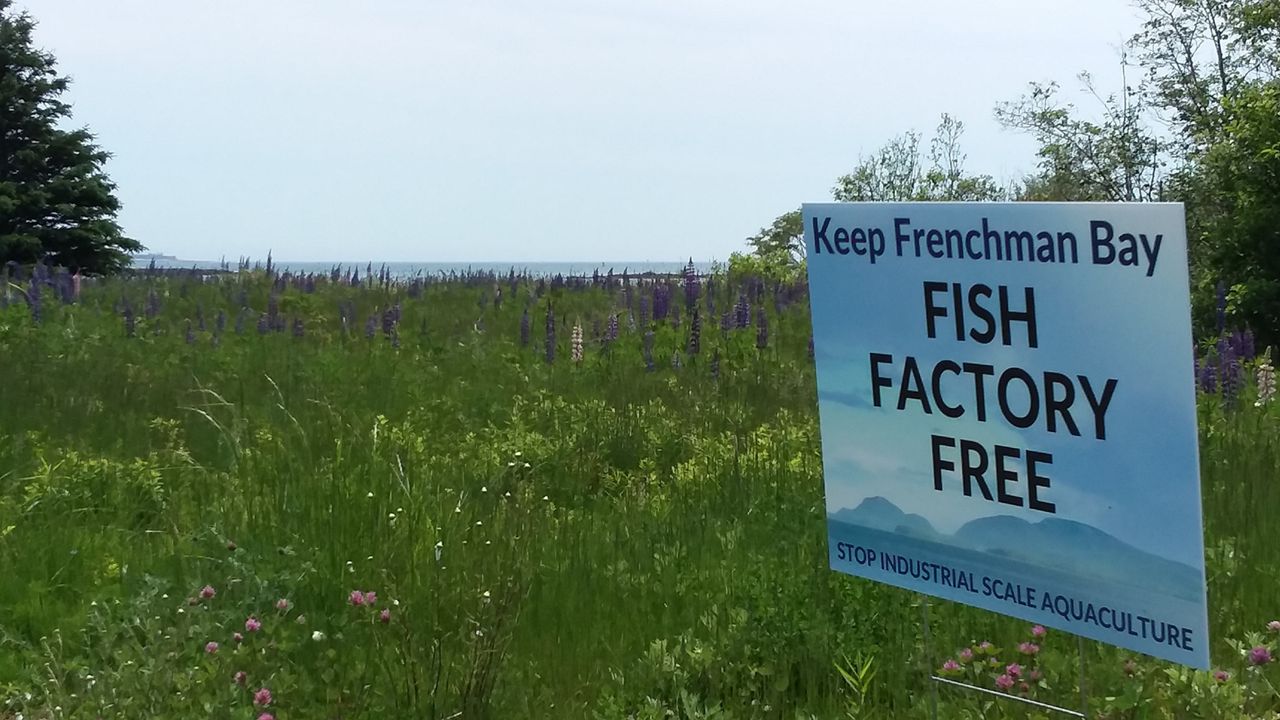 A sign sits near Frechman's Bay in opposition to the proposed American Aquafarms project. (Photo by Susan Cover of Spectrum News Maine)

In Bucksport, Maine-based Whole Oceans has received the permits it needs to build a land-based salmon farm on a former paper mill site.

And in Jonesport, Kingfish Zeeland, a Dutch company, is proposing to raise yellowtail, used in sushi, at a land-based facility on Chandler Bay. Approvals for that project are pending.

With the growth of aquaculture in general, including small shellfish and seaweed farms, there’s more concern about competition for space in the Gulf of Maine. But jobs are important too, said Sebastian Belle, executive director of the Maine Aquaculture Association.

“The major challenge we have is the gentrification of coastal communities,” he said. “Maine is at a fork in the road. Maine can choose to become the Connecticut or New Jersey of the north and have summer or retiree communities without a lot of year-round opportunities.”