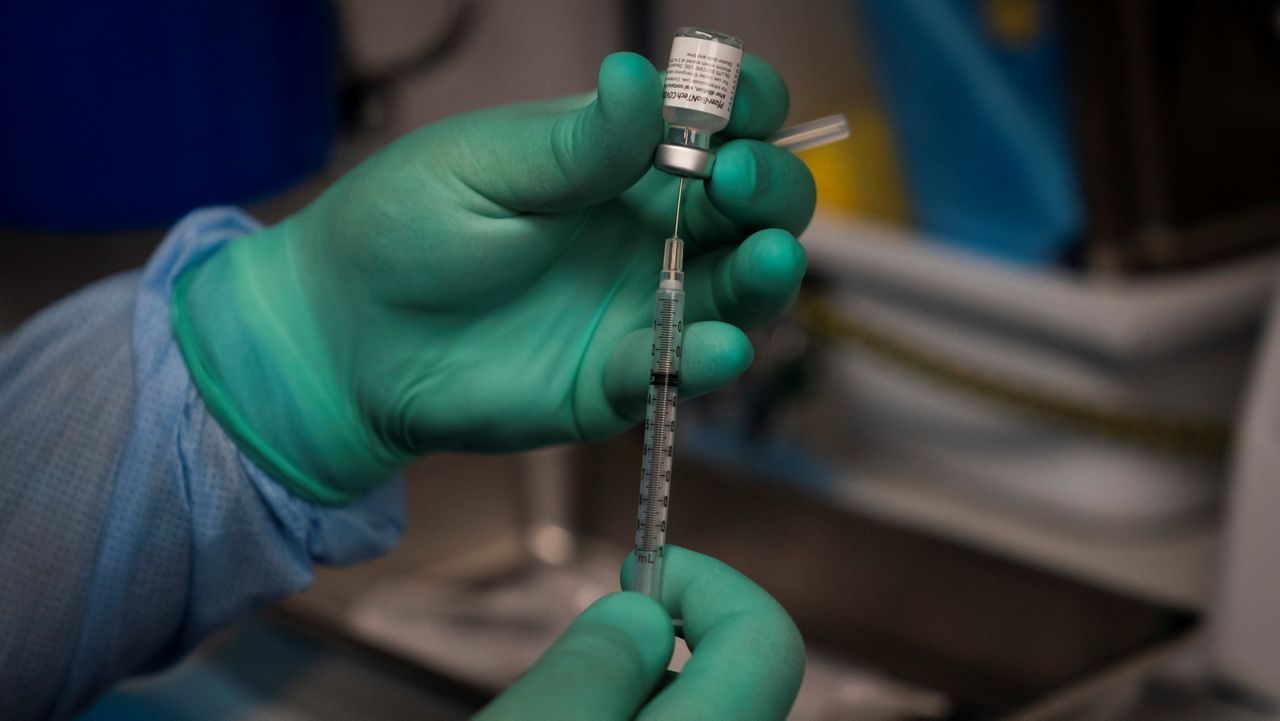 "Like many Americans, I am pro-vaccine and anti-mandate," RNC Chair Ronna McDaniel said in a statement issued Thursday. "Many small businesses and workers do not have the money or legal resources to fight Biden's unconstitutional actions and authoritarian decrees, but when his decree goes into effect, the RNC will sue the administration to protect Americans and their liberties."

Florida Attorney General Ashley Moody tweeted Friday that the President, "does not have the legal authority to force vaccines on millions of Americans. His proposal is outrageous and unlawful. I will be closely watching these developments and taking any and all action within the authority of my office to stop this unprecedented power grab."

.@JoeBiden does not have the legal authority to force vaccines on millions of Americans. His proposal is outrageous and unlawful. I will be closely watching these developments and taking any and all action within the authority of my office to stop this unprecedented power grab.

"The fact of the matter is there's nothing unprecedented about this," said Jeffrey Swartz, a law professor at WMU Cooley Law School's Tampa Bay Campus.

Swartz points to vaccinations that are required for children, as well as those military members must get, as precedent for widespread immunizations.

"You also have to know one other thing, and that is that the President of the United States is responsible for the executive branch," Swartz said, referring to the requirement that all federal workers get vaccinated. "He has the right to place whatever requirements on employment that are appropriate under the Civil Service Act, or if they're presidential appointments, that he chooses to place on those appointments."

The President also announced an upcoming rule to be issued by Occupational Safety and Health Administration that will require private businesses that have 100 or more employees to make sure all of their workers are vaccinated. When it comes to potential legal challenges to this, physician and attorney Dr. Jay Wolfson points out that OSHA is charged with making sure that workers are free from obvious dangers to themselves and their health.

"The emergency temporary standard is imposable only when the government can demonstrate that there is a grave danger, and grave danger, historically, has been defined in the law as people dying and going to their graves, which we've certainly had here," Wolfson said, referring to COVID.

On the question of whether or not the mandate is constitutional, Stetson University College of Law Professor Louis Virelli urged caution.

"I think people should be cognizant of claims of quickly drawn opinions that things are unconstitutional, especially when they haven't happened yet," he said, referring to the forthcoming OSHA rule. "And I think claims about their 'authoritarian' government need to be weighed more carefully. Allowing elected officials and the people they appoint to do what the law lets them do is one thing, right? That is not authoritarian. That may be the product of unwise laws, but it's not authoritarian. Stopping those people from doing their job is authoritarian, potentially."

Wolfson said the constitutional aspect will likely come down to a matter of whether the federal government has a compelling state interest in the health and welfare of the community that overrides individual, corporate, and financial prerogatives, and whether there's a rational basis for enacting the mandate.

"Your freedom ends when it interferes with the freedom of another," said Swartz. "I think that the adage is going to be that you don't have the right to go out there, during the COVID virus or suffering from COVID, and go wherever you want and breathe wherever you want around whoever you want because you have freedom to spread disease. I think that's really a key point."