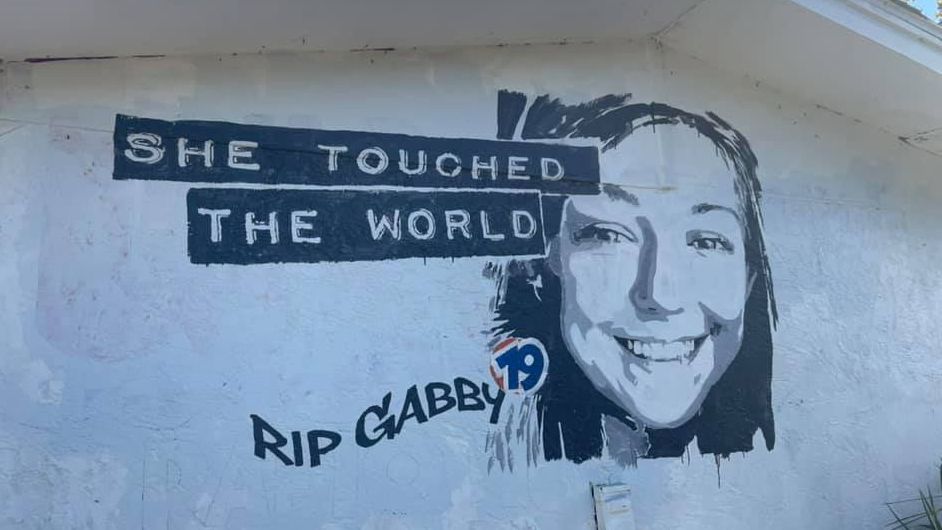 NEW PORT RICHEY, Fla. – You’ll find Adonis Hunter painting at his business most days. Usually, it’s creating a new mural on the side of his building on U.S. 19 in New Port Richey.


“It’s just morphed into this thing that people want to see. Which is really cool,” Hunter said.

His art has helped him build following on social media at US 19 Sign.

But it’s one of his latest murals that’s bringing him more attention.

His portrait of Gabby Petito, with her father’s quote, “She touched the world.”

“I did it for her parents,” Hunter said. "I have a 20-year-old son. And I can’t imagine anything like that happening. I can’t imagine losing my son like that. It really was a connection with the world.”

In fact, someone sent a picture of the mural to Gabby’s family.

Gabby’s stepfather Jim Schmidt saw it and tweeted, “Thank you to the artist for making such a beautiful tribute to our daughter.”

This mural of #GabbyPetito in New Port Richey is getting attention all over. The artist, Adonis Hunter, tells me he did it for her parents. @BN9 @Us19Sign pic.twitter.com/aNIuu9kg06

“So that was pretty cool. For them to know that I’m grieving with them,” Hunter said.

Adonis changes his murals sometimes several times a week for the thousands of drivers on US 19 to see.

But this one he plans to leave up for a while.

“Someone mentioned that it’s helping them,” Hunter said. “And I thought, that’s cool. It is helping other people as well. I’m leaving it for a little bit.”

The mural is located on U.S. 19 and Trouble Creek Road in New Port Richey. The artist says all are welcome to come by and see it.