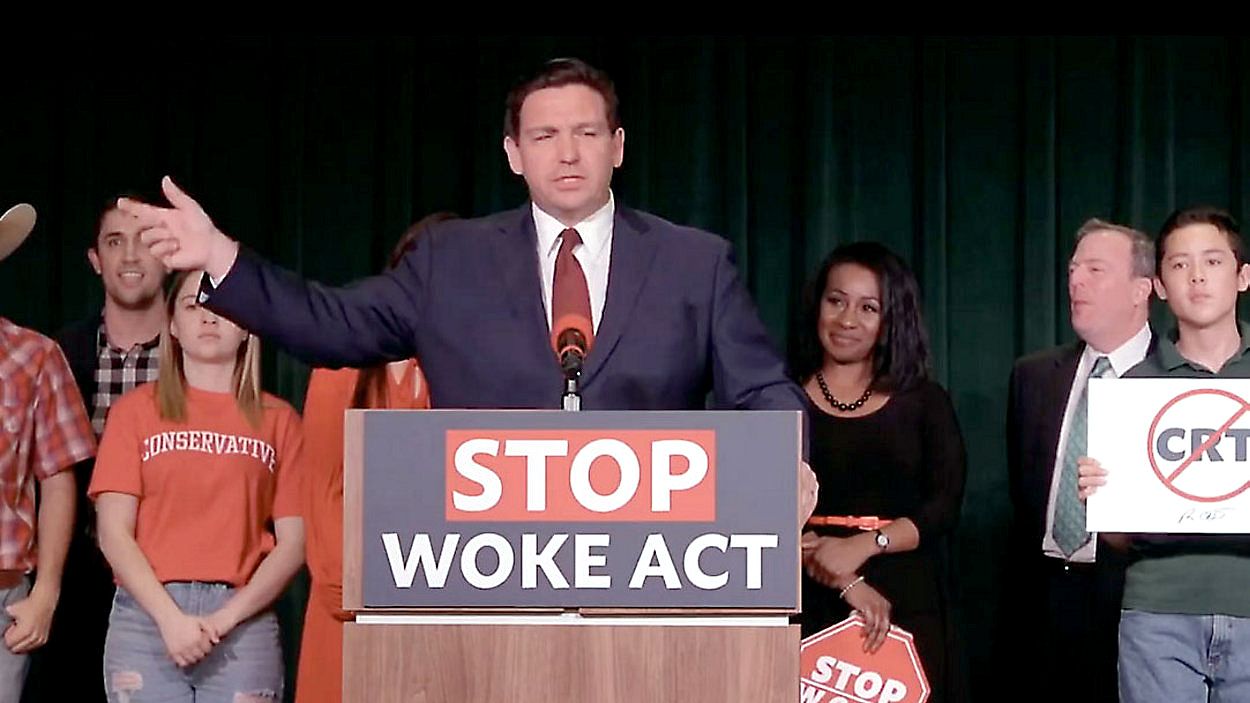 FLORIDA — The so-called "anti-woke" bill will head to the Florida Senate after being passed in the Florida House. The bill is part of the agenda Gov. Ron DeSantis pushed for months, calling it the Stop the Wrongs to Our Kids and Employers (W.O.K.E.) Act. It’s expected to pass the Republican-lead Senate, then signed by the governor.


The bill prohibits the teaching of critical race theory in K-12 schools and businesses.

“In Florida we are taking a stand against the state-sanctioned racism that is critical race theory,” said Gov. Ron DeSantis. “We won’t allow Florida tax dollars to be spent teaching kids to hate our country or to hate each other.”

Erik Smith, with Inclusivitiy LLC, said his clients are concerned about the legislation.

“We’re a consulting firm with a competence lens," he said. "And what that means is that we do all types of consulting work whether that be traditional diversity, equity and inclusion, assessments, workshops, coaching and consulting."

Smith said, sadly, business picked up after the murders of George Floyd, Breonna Taylor, and Ahmaud Arbery. He said the need was so great he hosted a conference.

“It was a flashpoint,” he said. “So it was a moment in time where I believe people, no matter who they were, were like enough is enough — and they took to the streets. So it was about a moment of solidarity where change was imminent and we wanted something to happen.

“More than a thousand people showed up, and it was probably the biggest and one of the first, if not the first virtual conferences that happened in this area.”

Smith said that led to more conversations and companies wanting to do more.

“From there it was conversations with deputy mayors, with other community leaders, as well as CEO’s from local sports teams and things like that," he said. "So it was a moment where again that solidarity brought out leadership and people were able to ask questions."

“Diversity is the people — I can count it, it’s a finite number," Smith said. "I can count how many women are in a room, men, Black, white — it’s finite. But it also represents all of the voices in the room.

"Inclusion are the business systems that govern how those voices are heard — equity says that no one's voice is louder than another.”

Some companies and organizations Smith works with are local, some are nationwide. But his Florida clients now have concerns about House Bill 7 and Senate Bill 148. Many of them have questions about the so-called "anti-woke" bill.

“So, with all of the things happening in the legislature, how do we engage now?" he said. "And we get that question all the time — and how does that impact our work?”

According to the bill, it will be unlawful for an employer to require training that promotes things like conscious and unconscious bias, someone being oppressed because of their race, or someone having privilege because of their race. Making someone feel guilty or anguished based on what someone of their same race may have done is also spelled out in the bill.

And that’s just scratching the surface: Critics say the bill could stop honest dialogue about systematic racism along with gender and race discrimination.

“That’s more of a distraction in my opinion,” Smith said. “It’s the proverbial rabbit popped out of the hat. And so now, everyone has seen the rabbit: You’ve seen it, it’s popped out of the hat, it’s in front of you. Some people are freaked out, like let’s jam this rabbit back in its hat. You didn’t see that.

Smith said this will cause a lot of hard-to-prove lawsuits.

“I think some of these bills are gonna be, they’re gonna be counter suits and a number of other things going on, but I think it’s more so to make people afraid," he said. "So you shy away from doing the work because you don’t want to get in trouble."

But Smith said that could backfire for businesses, organizations and municipalities with diverse populations. Even worse, he said it’s a step back into the past.

“How do I explain that to my children?" he said. "I mean, these are the things that keep me up at night."

“It’s also the reason I do the work that I do," he added. "Because I’ve decided I’m here and I am to my last breath, I’m going to leave it all out on the field. I do not want my 4- and 3-year-old to have the conversations I’m having now at 50.”

Smith said he's hoping the conversations he’s having now will have an impact for years to come.