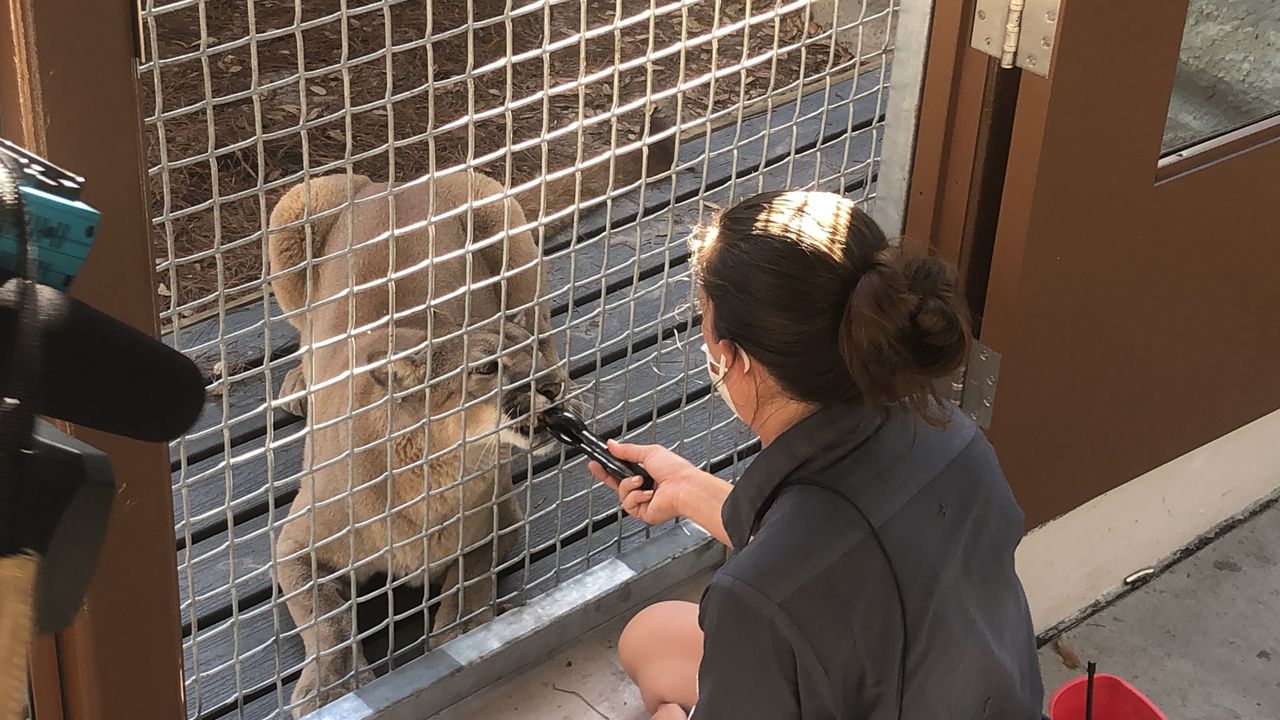 ZooTampa has joined with more than a dozen other American zoos, donating money to buy supplies and anything else their Ukrainian counterparts need as they wade out a war that animals cannot escape. (Spectrum News image)

TAMPA, Fla. — The care and attention animals get at ZooTampa is a 24 hours a day, seven days a week job.

ZooTampa’s Dr. Cynthia Stringfield says that even includes when deadly weather is headed our way.

“Here at the zoo if we were to go into hurricane mode, we would be taking birds out of aviaries and putting them in cement buildings, things like that," Stringfield said. "And that's where we would stay with them.”

In Ukraine, something far worse has been falling from the skies for weeks and among the homes, hospitals and buildings being bombed by Russia or Ukrainian zoos.

“And we know the people that take care of those animals are not gonna leave them, just like we wouldn't leave in a hurricane. We have a plan when we hunker down with our core staff and it’s called a ride out team," Dr. Stringfield said. “And we stay with the animals and make sure that they’re well cared for and we know that’s what’s happening there (in Ukraine) now.”

ZooTampa has joined with more than a dozen other American zoos, donating money to buy supplies and anything else their Ukrainian counterparts need as they wade out a war that animals cannot escape.

“And that money is going directly to supplying food and animal feed, and the people that are hunkered down there with the animals and trying to take care of them so it's the least we can do.”