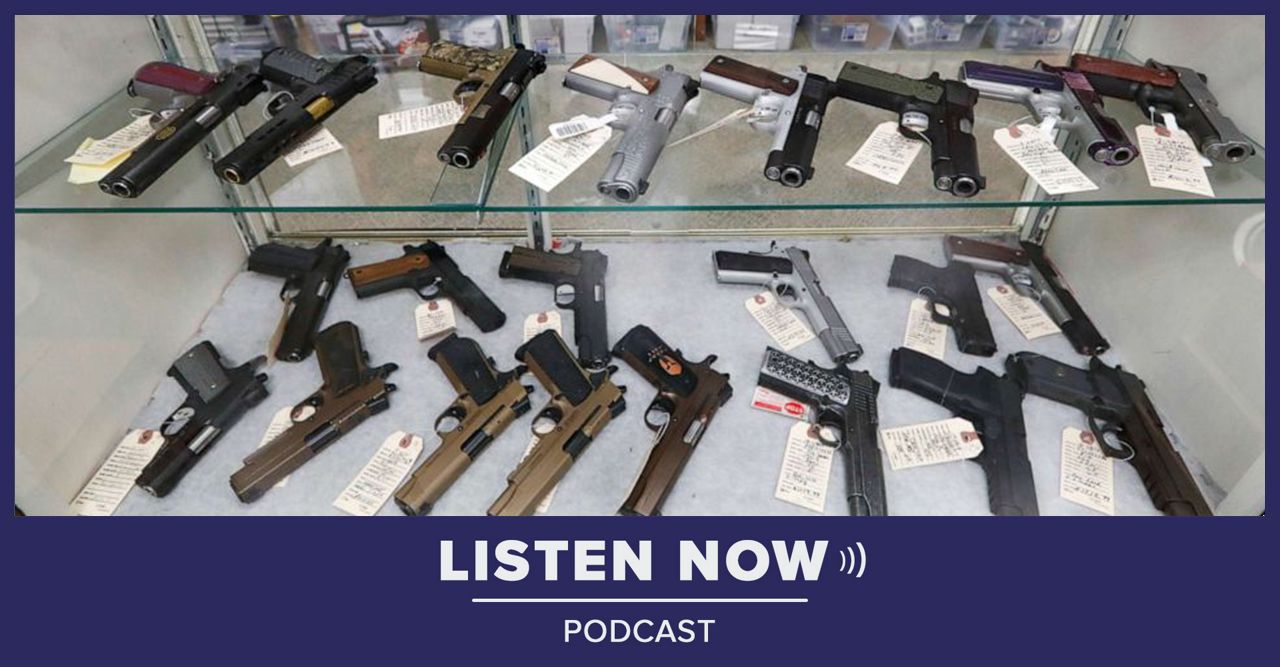 Packing Heat: Will Florida be the next constitutional carry state?

TALLAHASSEE, Fla. -- A gun owner currently carrying a firearm in Florida also needs to carry a license with them while possessing the weapon.

According to the Florida Department of Agriculture, which oversees the license program, the state of Florida currently leads the nation with more than two million concealed weapon license holders.

On the latest episode of To The Point Already, Spectrum Bay News 9 anchor Rick Elmhorst talks with lawmakers about carrying weapons with or without a concealed weapon permit.

Currently in order to get that license you must take firearms a training course.

But some state lawmakers want to change that.

State House Rep. Anthony Sabatini (R) wants do away with residents needing a license to carry a concealed weapon. Sabatini sponsored House Bill 103: Carrying of Firearms Without Licenses, but it failed to pass last month.

Constitutional carry was one of several topics Florida Gov. Ron DeSantis said he'd like to see discussed in the upcoming Florida Legislature special session, which he called for last week to sort out the redrawn redistricting maps that he vetoed.

"If somebody wants to carry a firearm for their own self-defense, they shouldn't have to beg government permission and pay money for the exercise of their fundamental God-given right," said Sabatini, who represents District 32 in Central Florida.

But not all lawmakers see the issue the same way.

"Removing all regulation about who can carry a concealed weapon makes Florida more dangerous," Warren said. "Research has shown where these laws are passed, crime goes up and it's common sense. More guns with less accountability is not good for public safety."

So carrying a weapon in Florida without a permit remains a watching and waiting game.

During the podcast, State Attorney Andrew Warren referenced some research about permitless carry. Here are some links he was referring to: