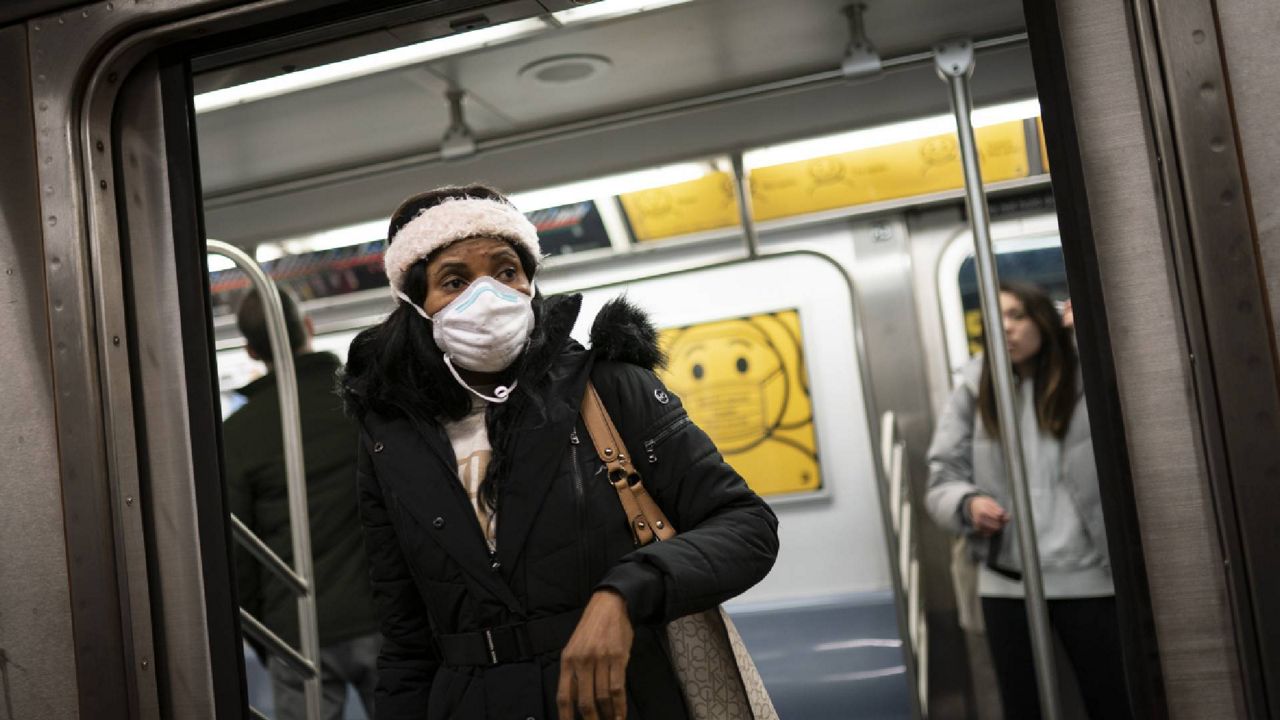 A mask mandate covering airplanes and other public transportation is no longer in effect after a federal judge in Florida voided the order on Monday, arguing that it exceeds the authority of U.S. health officials.

The decision Monday by U.S. District Judge Kathryn Kimball Mizelle in Tampa, an appointee of former President Donald Trump, also said the Centers for Disease Control and Prevention failed to justify its decision and did not follow proper rulemaking.

An administration official later clarified in a statement that the court ruling means the CDC's "public transportation masking order is not in effect at this time."

Several major airlines – United, American, Delta, Alaska, Southwest and JetBlue – along with Amtrak, Uber and Lyft were among those that switched to a mask-optional policy after the TSA announced it wouldn’t enforce a January 2021 security directive that also applied to airports, taxis and other mass transit.

A number of major airports, including Los Angeles International Airport and Salt Lake City International Airport, dropped their requirements, but urged people to voluntarily wear face coverings. The judge's ruling still gave those entities the option to keep their mask rules in place, resulting in directives that could vary from city to city.

White House press secretary Jen Psaki said the Biden administration still recommends that people wear masks on airplanes and other transportation in the meantime, in accordance with the CDC guidance.

"Public health decisions shouldn't be made by the courts. They should be made by public health experts," she said aboard Air Force One on Tuesday, where all press, White House staff and the president were masked.

When asked in New Hampshire if Americans should still wear masks on airplanes, the president responded, "that's up to them."

Biden said that he has not "spoken to the CDC yet" when asked if the ruling will be appealed.

The Department of Justice left open the option to appeal, saying while it "disagree(s) with the district court's decision," it would only appeal if the CDC concludes "that the order remains necessary for public health." The mask mandate was set to expire Monday, but was recently extended for two weeks until May 3 in order to monitor "the spread of the Omicron variant, especially the BA.2 subvariant that now makes up more than 85% of U.S. cases," the CDC said in mid-April.

"The Department continues to believe that the order requiring masking in the transportation corridor is a valid exercise of the authority Congress has given CDC to protect the public health," a DOJ spokesperson said on Tuesday. "That is an important authority the Department will continue to work to preserve."

"If CDC concludes that a mandatory order remains necessary for the public's health after that assessment, the Department of Justice will appeal the district court's decision," the spokesperson added.

At a press conference with Nevada Gov. Steve Sisolak on Tuesday, Health and Human Services Secretary Xavier Becerra said they "likely will appeal" the judge's decision.

In her 59-page ruling, Mizelle said the CDC did not follow rules forward by the Administrative Procedure Act when imposing the mask mandate.

"The court concludes that the mask mandate exceeds the CDC's statutory authority and violates the procedures required for agency rulemaking under the APA," the filing read in part. "Accordingly, the court vacates the mandate and remands it to the CDC."

Mizelle also said the only remedy was to vacate the rule entirely because it would be impossible to end it for the limited group of people who objected to it in the lawsuit.

The judge said “a limited remedy would be no remedy at all” and that the courts have full authority to make a decision such as this — even if the goals of the CDC in fighting the virus are laudable.

“Because our system does not permit agencies to act unlawfully even in pursuit of desirable ends, the court declares unlawful and vacates the mask mandate,” she wrote.

A top White House health official told Spectrum News last week that the extension would give them time to assess how severe the BA.2 wave will be.

“Will those cases lead to a real substantial increase in hospitalizations and deaths? Or will they not?” said Dr. Ashish Jha, the White House’s new COVID-19 response coordinator. “We honestly don't know, because the BA.2 has only become dominant in the U.S. in the last couple of weeks.”

The mask requirement for travelers was the target of months of lobbying from the airlines, which sought to kill it. The carriers argued that effective air filters on modern planes make transmission of the virus during a flight highly unlikely. Republicans in Congress also fought to kill the mandate.

Critics have seized on the fact that states have rolled back rules requiring masks in restaurants, stores and other indoor settings, and yet COVID-19 cases have fallen sharply since the omicron variant peaked in mid-January.