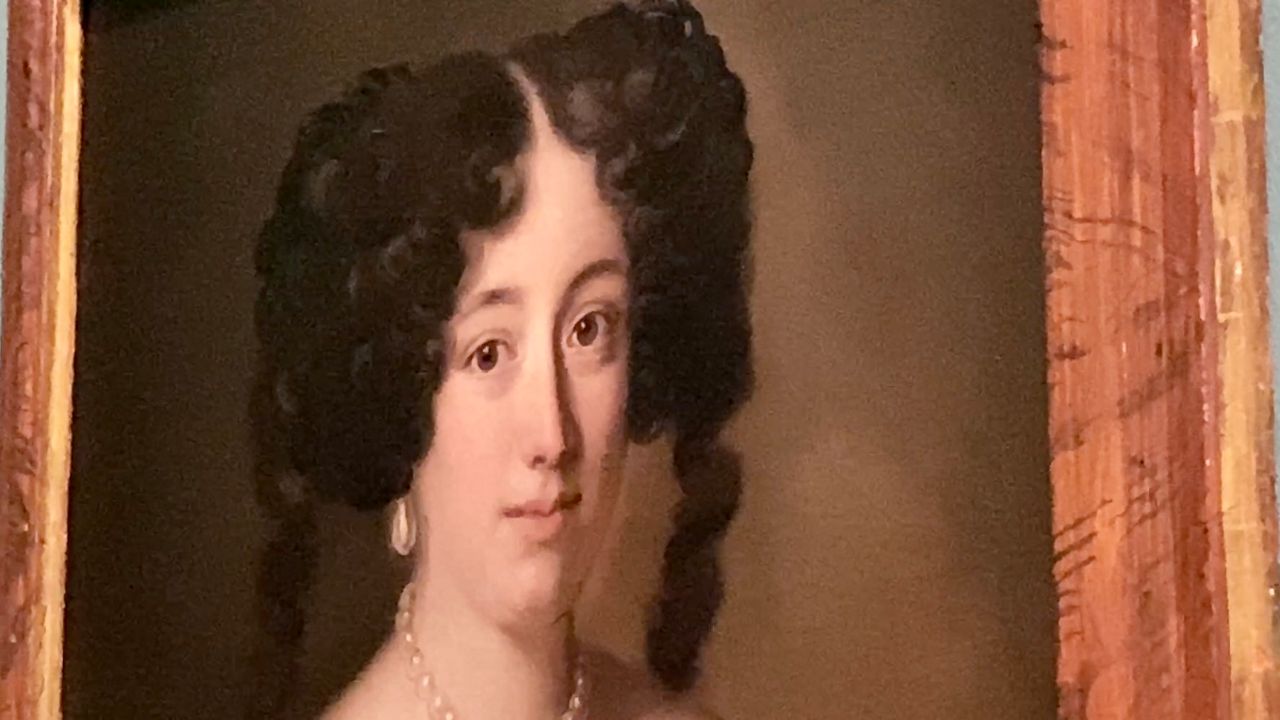 This painting is just one example of the culture captured in "Bernini and the Roman Baroque,” the latest exhibition at MFA St. Pete until May 8. (Spectrum Bay News 9/Virginia Johnson)

'Bernini and the Roman Baroque' on exhibition at MFA St. Pete

You only have a week left to check out the Baroque exhibition at the Museum of Fine Art St. Petersburg: “Bernini and the Roman Baroque: Masterpieces from Palazzo Chigi in Ariccia.”

It’s all about the 1600s, when art was going totally Baroque.

Dramatic like Gian Lorenzo Bernini’s Blood of Christ, along with Guillaume Courtois. It’s a depiction of Jesus on the cross with dramatic streams of blood creating a sea under him. It’s the most striking Bernini here, according to Thomas, an example of some baroque on steroids

Thomas said the Roman Catholic church paid for painters to focus on their great stories of saints. There is something else to find in all this dark baroque drama, and it comes in seeing how wealthy Europeans adorned themselves.

“This is a hair style you’ll see throughout this exhibition called an hurluberlu,” said Thomas. “An hurluberlu, which is this hilarious French word, it means disheveled, or messed up.”

“The hurluberlu emerged at the court of Louis the XIV at Versailles and the king himself noticed it and made fun of it,” Thomas added, noting that woman didn't seem to care what the king thought, and the style became huge.

“Bernini and the Roman Baroque” is at the MFA St. Pete until May 8.