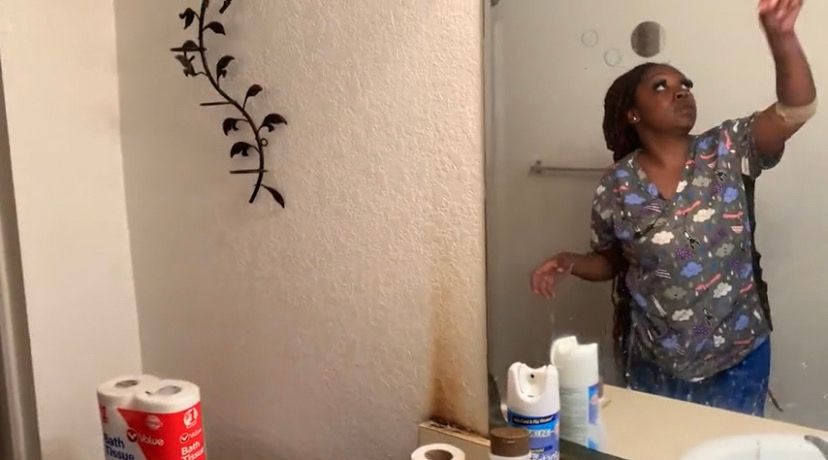 TAMPA, Fla. – Black mold, broken appliances and roaches are just a few of the unsanitary conditions some residents at Silver Oaks apartments say they've had to endure.

Tenants say property managers have skipped several of their work orders. Lativia King says she is constantly cleaning mold and is concerned about her family's health. "I do clean up every day," said King, who has been living there for a year.

She transferred from another property owned by Cambridge Management because of the same issue. "I just got sick from mold about a week or so ago," she added.

She says her children have also been sick because of black mold. "We should not have to live like this," she told Spectrum News.

She is in the middle of trying to get into another affordable housing option, but says her options are limited, she says the promise she made to her children is what motivates her. "They ask me every day 'mommy when are we going to leave?' I just promised them that one day we are going to move from here."

We reached out to Cambridge managment twice, and have yet to get a response. Agriculture Commissioner and Gubernatorial Candidate Nikki Fried visited the apartments for the second time in three weeks Tuesday.

Fried issued a warning to the security guards at the complex that she was investigating claims of threatening tenants and that her department could take away their licenses if the investigation finds wrongdoing.