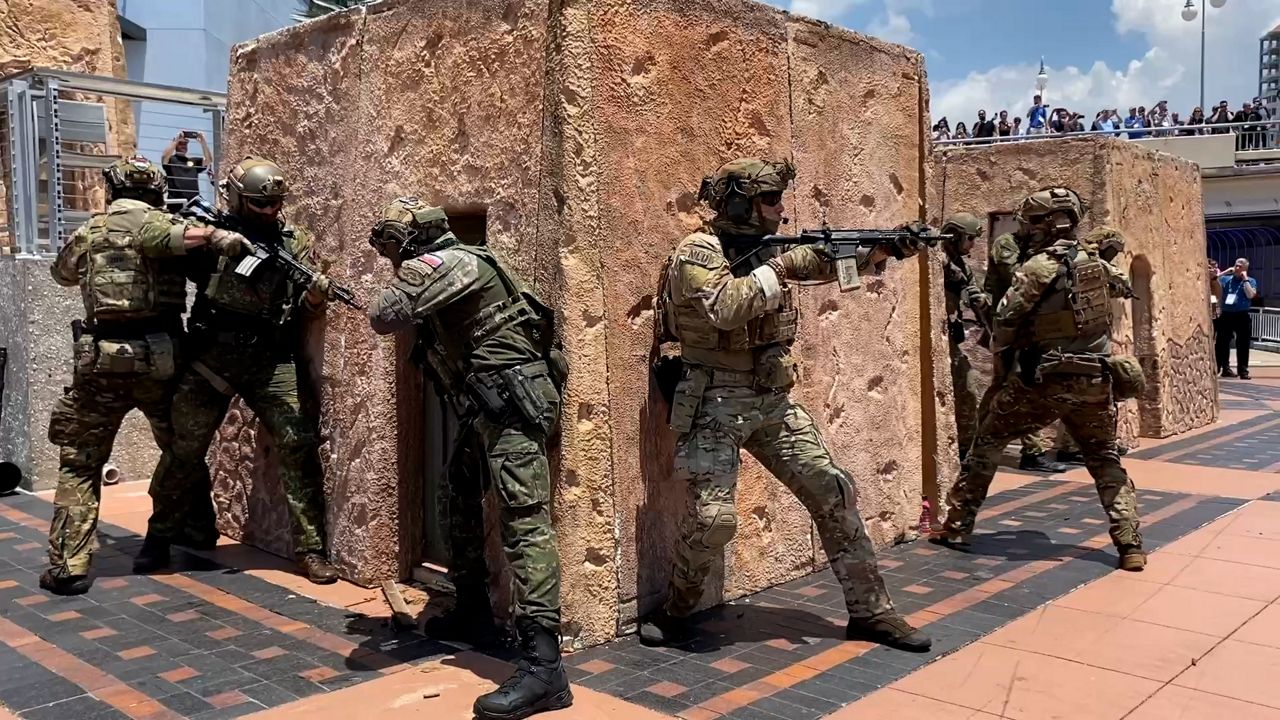 The United States Special Operations Command (SOCOM) is putting on a demo of military vehicles, boats, helicopters and more at the Tampa Convention Center. (Spectrum News)

TAMPA, Fla. — The skies and water of Tampa Bay are playing host to a special military demonstration on Wednesday.

The United States Special Operations Command (SOCOM) is putting on a demo of military vehicles, boats, helicopters and more at the Tampa Convention Center.

It’s part of the ongoing Special Operations Forces Industry Conference. There are 175 SOCOM and international service members from several countries in town for the conference.

“It is nice to show the country what it is we do. It’s a general reminder that we keep them safe,” said Marine Gunnery Sgt. Steven Roderick, who is taking part in the demonstration.

The simulation will show forces working to “rescue” a city official from hostile forces. It also includes simulated gunfire and explosions.

The event begins at 1:30 p.m. The public is able to watch on roads surrounding the Tampa Convention Center. Traffic will be interrupted in the area from 11:30 a.m. to 2:30 p.m.