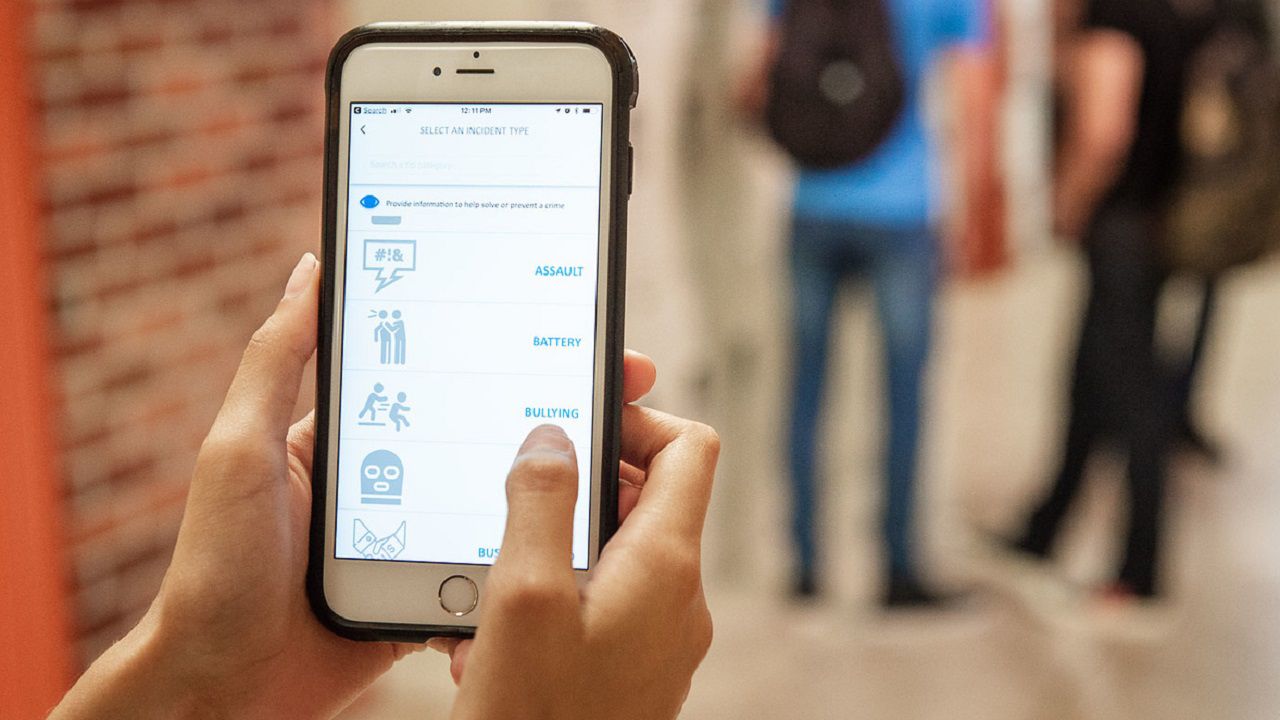 SaferWatch is an app that allows people to interface directly with 911 dispatchers and local law enforcement in the event of an emergency. (Courtesy SaferWatch)

SaferWatch is an app that allows people to interface directly with 911 dispatchers and local law enforcement in the event of a mass shooting or other serious emergency.

Geno Roefaro developed the app and said it is already in use in Pinellas County schools, as well as 1,900 schools across Florida.

“Having a panic button simply in your hand, on your phone, pressing a button on your phone, and instantly notifying everyone in that facility that there is an emergency," Roefaro said.

When the panic button is pushed, it instantly connects the user to first responders, giving local police access to any nearby cameras and school lockdown systems.

Time is always critical for police response during an emergency, and Roefaro said SaferWatch helps speed that response time by giving local police eyes and ears before officers even arrive.

“Instantly notifying local law enfacement that there is an emergency taking place speeds up the whole response time,” Roefaro said. “So we feel like that is also a very simple tool but a very effective tool that everybody should have within a large organization."

SaferWatch is available in the Apple and Android stores, and is free to use for police reports and non-emergency situations.

Panic button and emergency use is reserved for paid customers.