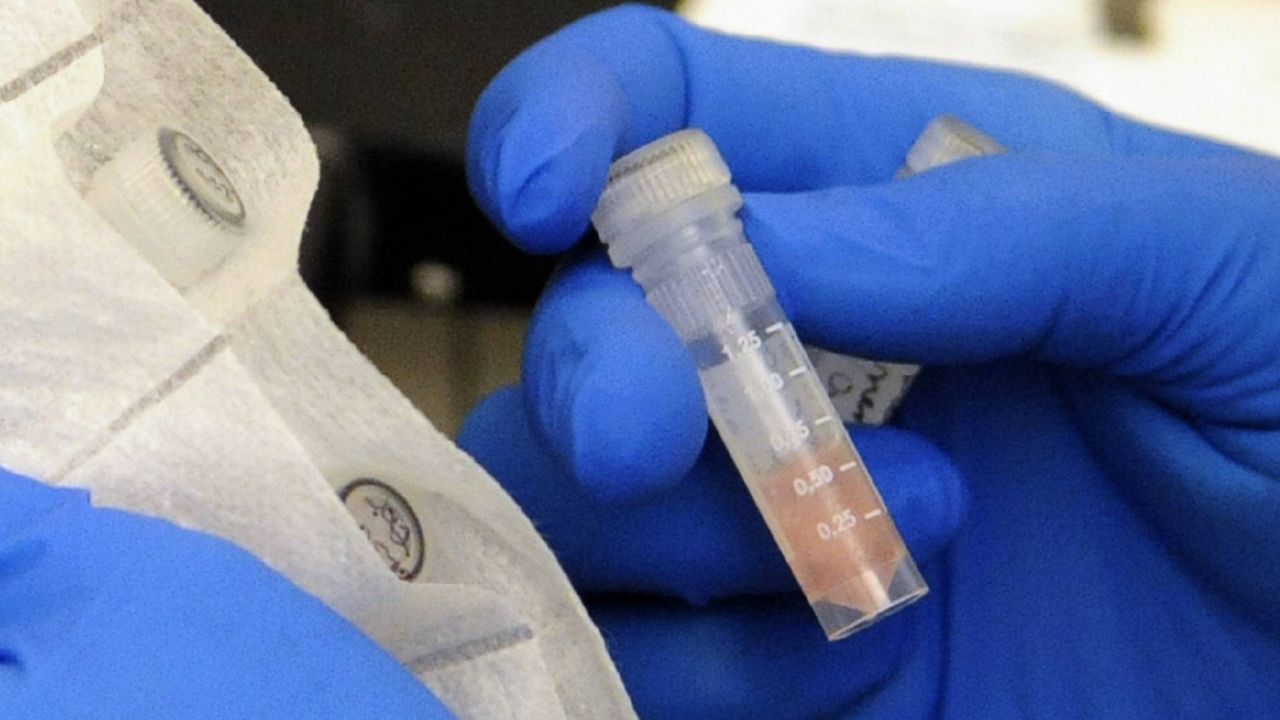 There have been 44 confirmed cases of the bacterial meningitis called meningococcal disease, according to Florida Department of Health officials. Officials also confirmed 12 people have died this year as a result of the disease. (AP Photo)

ST. PETERSBURG, Fla. — The bacterial meningitis called meningococcal disease is officially being labeled as an outbreak in Florida. So far this year, there have been 44 confirmed cases, according to Florida Department of Health officials. Officials also confirmed 12 people have died this year as a result of the disease. And more than half of the cases are from the LGBTQ community.

Ahead of St. Pete’s Pride parade, healthcare officials want people to know how they can protect themselves.

Protection is something Pablo Herrera with Metro Inclusive Health knows a lot about. He got vaccinated for meningitis after hearing about its spread in the LGBTQ community.

“So, I work in prevention and sexual health and my job requires I meet a lot of new people,” he said. “I realized that I, myself, was at a risk for possibly contracting meningitis. So, I figured I’d get the vaccine. It just seemed like the most responsible thing to do.”

It’s that type of responsibility that Metro Inclusive Health Medical Director Dr. Luke Johnsen said is going to be vital to stop the spread of this potentially deadly disease.

“When the disease enters a certain population, it doesn’t matter who it is and the conditions are right for the propagation of the disease for spread of the disease, that’s how it becomes concerning,” he said.

The community impacted the most in this particular outbreak just happens to be the LGBTQ community. The CDC is calling it “one of the worst outbreaks of meningococcal disease among gay and bisexual men in U.S. history.”

“Diseases don’t select or discriminate,” Dr. Johnsen said. “They are connected with certain behaviors. So if I don’t live with you or I don’t share utensils with that person, if I’m not in close sexual contact, if I don’t kiss them intimately and so on, they should not be concerned.”

Deafness, loss of limbs and nervous system problems are just some of the complications linked to the disease. Brain damage and death are also potential dangers.

Herrera is hoping fears won’t keep people from getting vaccinated.

“At the end of the day, you want to put your health first and I would say those fears aren’t worth getting meningitis and possibly dying. So I think putting those aside and getting the vaccine is the more responsible and just the right thing to do,” he said.

On Saturday, Metro Inclusive Health is teaming up with the health department beginning at 2 p.m. ahead of the St. Pete Pride parade to give out free meningitis vaccines. The Metro Inclusive Health vans will be near the parade route. Those considered high risk are encouraged to get the vaccine. Florida Department of Health officials say that includes anyone who is immunocompromised, the LGBTQ community and anyone who hasn’t been vaccinated for meningitis in the last five years.

Meningitis vaccines are also free at any Florida health department for those considered high risk.