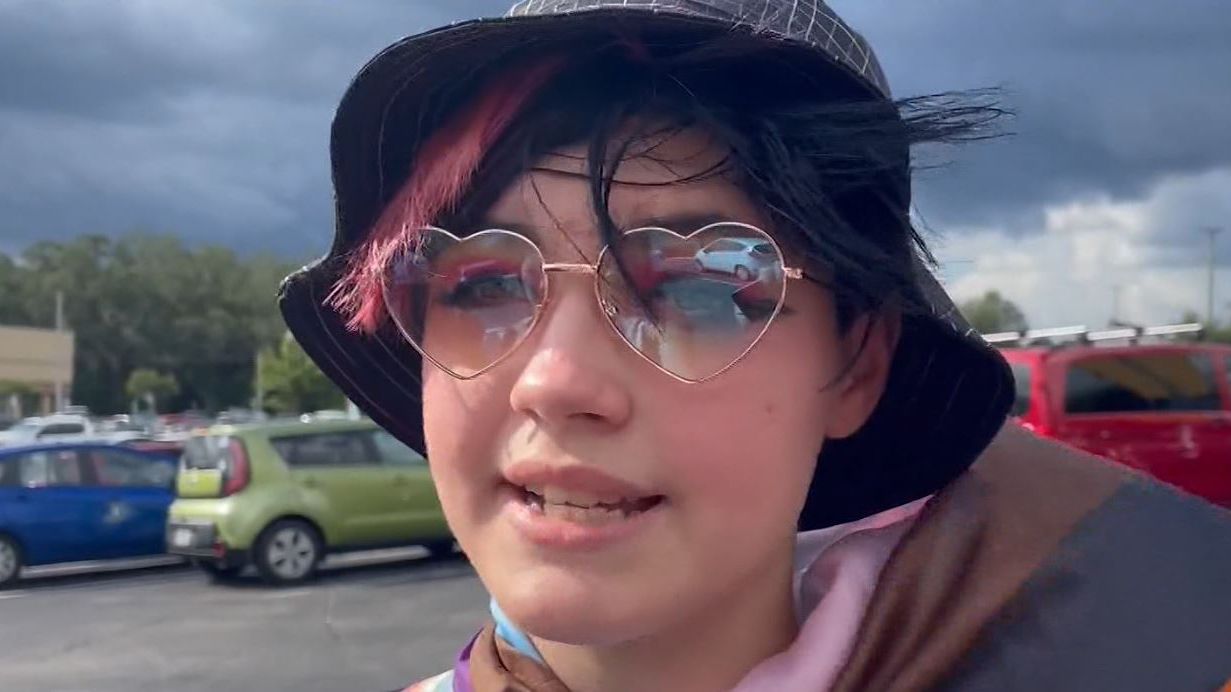 LAKELAND, Fla. — People who gathered for an abortion-rights protest along Florida Avenue S. Thursday were also there to show support for a 13-year-old arrested during a protest earlier in the week.

Cries of, "Justice for Lillie!" rang out alongside shouts of, "Our bodies, our choice!"

Lillie Johnson, who also goes by Rain, was arrested Monday during another abortion rights protest in Munn Park. Her mother, Lauren Johnson, posted video of the incident to social media that has now been viewed millions of times.

"Lillie, don't resist, honey, it's OK," Lauren Johnson can be heard saying in the video.

Rain Johnson and her mother took part in Thursday's protest, and the teen said there was no question in her mind that they should come.

"I know that what I am doing is the right thing and that I have the right to protest," she said.

A spokesperson for  the Lakeland Police Department said investigators couldn't release information about the incident because it involves a juvenile.

"Since the recent U.S. Supreme Court ruling, we've had hundreds of people peacefully assemble across our city with few isolated incidents. Officers are in attendance to assure a safe and secure environment for those exercising their rights, while doing so in accordance with Florida state statutes and city ordinances."

Lauren Johnson said she and her daughter were at the earlier protest and there was an arrest but said their lawyer would release any further details at a later time.

"How things were handled versus how they could have been handled were very different," Lauren Johnson said as an explanation for why the video she posted has gained so much attention.

Haas said there's no word yet on a court date for the case.