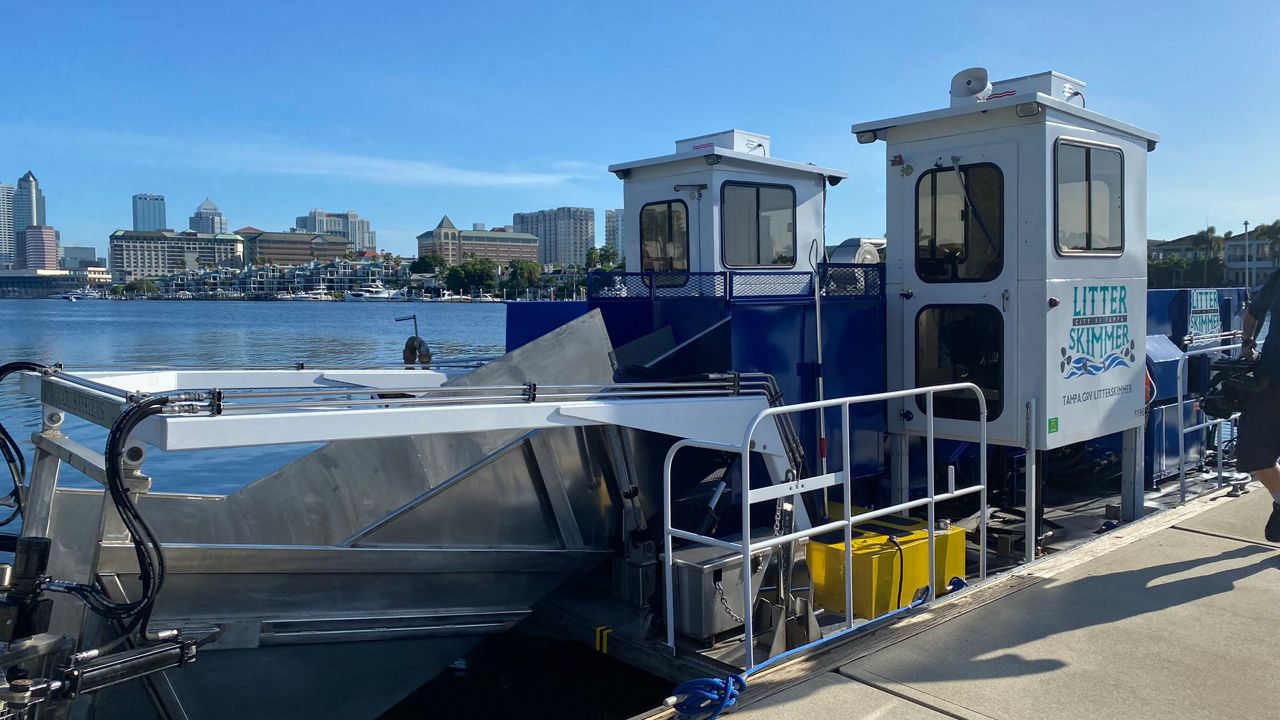 TAMPA, Fla. — The Bay Area is one of the most attractive destinations to visit, live, and work.

The City of Tampa hopes to keep it that way with its new anti-trash and litter campaign, ‘Keep it Clean, Tampa’.


Tampa’s anti-litter campaign not only targets litter on land, but at the shoreline.

Allan Antolik, the Trash-Free Waters Manager for ‘Keep It Clean, Tampa,’ said 80% of the trash on land ends up in the waterways.

“We have big plans for this boat,” said Waste to Energy Director Chuck Conklin.

Conklin said the boat has a hydraulic power system and conveyor belts that will suck trash from the water.

“This boat is going to be instrumental in keeping those areas clean,” he said.

The ‘Litter Skimmer’ will operate four days a week for eight hours a day.

During the event Saturday, Mayor Jane Castor said every Tampa resident and visitor should be invested in keeping Tampa Bay beautiful.

“There are so many people that are doing things on a daily basis to keep our community clean that we are taking for granted,” Castor said. “So, we want to spread the word to make sure everyone gets involved.”

Gabriel Casinera is one of dozens of volunteers with ‘Keep It Clean, Tampa’ who spends time picking up trash and litter at local parks, like Borello Park, in Tampa.

“It makes me feel like I’m part of something bigger. People want to make the world better,” he said.

A clean sweep was long overdue and serves as a reminder of why he’s there to start.

“It sucks that it seems so normal for people to litter,” he said. “I’m glad that we have people that are out here doing their best to try to clean it up and keep it nice.”

Whether clean-up efforts are done by hand or by machine, volunteers believe it’s worth the investment to keep Tampa beautiful.