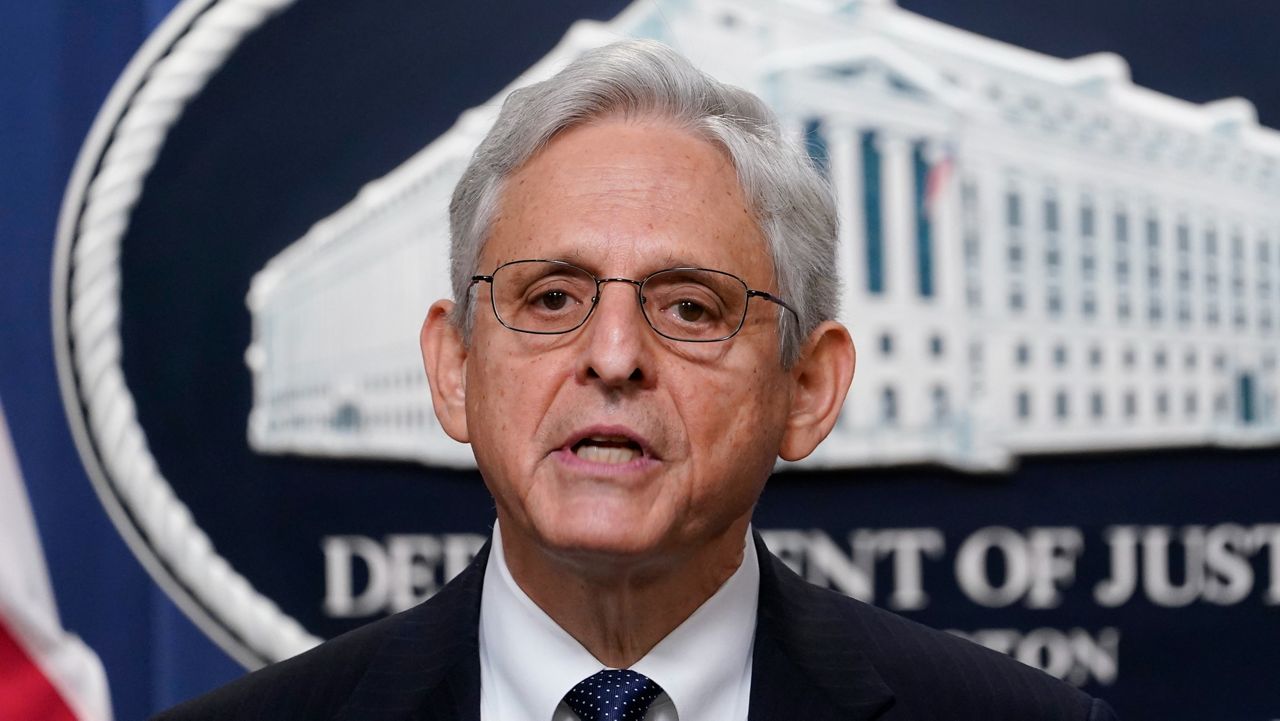 In a court filing on Monday, the Department of Justice said that the government will not object to the release of other documents related to the search of former President Donald Trump’s Mar-a-Lago home, but asked to keep the affidavit sealed "to protect the integrity of an ongoing law enforcement investigation that implicates national security."

In the request, filed with the U.S. District Court for the Southern District of Florida, the Justice Department wrote that while the search warrant and property receipt were made public, the affidavit which supports the warrant "presents a very different set of considerations."

"There remain compelling reasons, including to protect the integrity of an ongoing law enforcement investigation that implicates national security, that support keeping the affidavit sealed," the government wrote in its filing.

The motion was filed in response to a request to unseal the affidavit lodged by several media outlets and other groups.

"If disclosed, the affidavit would serve as a roadmap to the government’s ongoing investigation, providing specific details about its direction and likely course, in a manner that is highly likely to compromise future investigative steps," the filing reads. "In addition, information about witnesses is particularly sensitive given the high-profile nature of this matter and the risk that the revelation of witness identities would impact their willingness to cooperate with the investigation."

"Disclosure of the government’s affidavit at this stage would also likely chill future cooperation by witnesses whose assistance may be sought as this investigation progresses, as well as in other high-profile investigations," the Justice Department contninued. "The fact that this investigation implicates highly classified materials further underscores the need to protect the integrity of the investigation and exacerbates the potential for harm if information is disclosed to the public prematurely or improperly."

"The government does not object to unsealing other materials filed in connection with the search warrant whose unsealing would not jeopardize the integrity of this national security investigation," save for redactions to protect government personnel, the filing reads.

A federal judge set a hearing Thursday on whether to unseal more documents related to the search.

The filing comes as lawmakers on both sides of the aisle are requesting more transparency from the DOJ and the Federal Bureau of Investigation following their probe.

Sen. Mark Warner, D-Va., and Sen. Marco Rubio, R-Fla., are two such members of Congress. According to Axios, the two – who serve as chair and ranking member, respectively, of the Senate Intelligence Committee – penned a private letter to Avril Haines, the director of National Intelligence, and attorney general Merrick Garland requesting they share the documents seized from the former president’s Florida home with the committee on a classified basis. 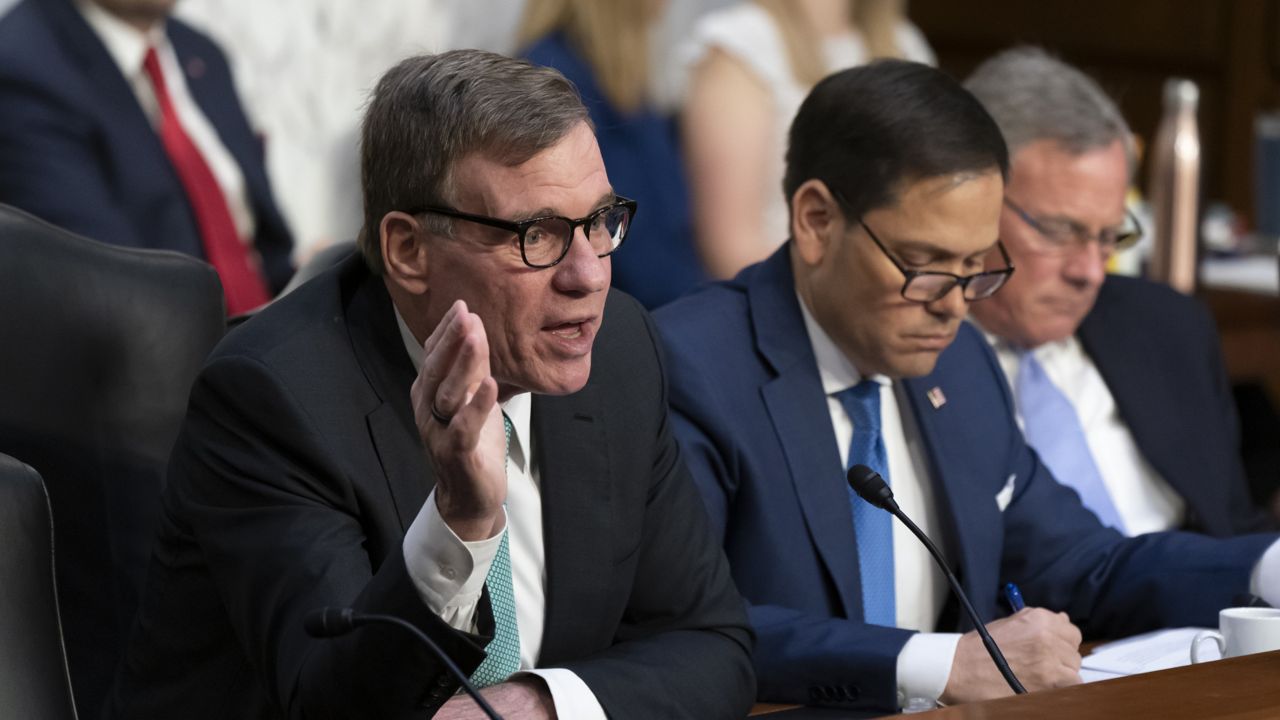 The request came several days after a federal court on Friday unsealed the warrant used in the search of the former president’s residence, as well as the property receipt – a list of items that FBI agents took from the Palm Beach, Florida, estate.

The documents were unsealed after Garland on Thursday announced that the Department of Justice would move to allow the public release of the documents, citing "substantial public interest."

“In his remarks, Attorney General Garland claimed there was a substantial public interest in the execution of an unprecedented search warrant on President Trump," Rubio wrote in a statement shared with Spectrum News. "As such, the Intelligence Committee has asked the Department of Justice to share with us, on a classified basis, the specific intelligence documents seized from Mar-a-Lago.”

As for the purpose of the request, a committee spokesperson told Spectrum News, in part: “The Senate Intelligence Committee is charged with overseeing counterintelligence matters, including the handling and mishandling of classified information, which appears to be at the core of the search of Mar a Lago.”

Maine Republican Sen. Susan Collins, who also sits on the Senate Intelligence Committee, voiced her agreement with the request on Monday, writing in part that she was “encouraged” the committee leaders “have requested critical information related to the FBI's search of former President Trump’s residence.”

“It’s imperative that the Committee receive all classified documents found during the search as well as the FBI affidavit, which would describe in detail any justification for the search,” she wrote. “I look forward to the AG and the DNI’s swift compliance with the Committee’s request, which is essential to promoting transparency and securing a full accounting of the FBI’s unprecedented search of a former President’s personal residence.”

The warrant showed that the FBI recovered documents labeled "top secret" from Trump's residence and showed that agents were investigating potential violations of three different federal laws, including one under the Espionage Act.

In total, the documents listed 39 line items that were taken from the nearly 58-bedroom property, including at least two labeled "binder of photos," one listed as a "potential presidential record," one handwritten note, and various miscellaneous items listed as confidential, top secret or secret.

Other lawmakers agreed that the Department of Justice should offer Congress more information behind the reasons for the search warrant, with Sen. Mike Rounds, R-S.D., saying the transparency would “show that this was not just a fishing expedition.”

“I'm not one of the individuals out there that says you immediately attack the FBI or the Justice Department,” Rounds told NBC’s “Meet the Press” on Sunday, saying it’s a matter of public confidence in the intelligence community. “Releasing the affidavit would help. At least that would confirm that there was justification for this raid."

Essentially, lawmakers want more information from the intelligence community about the due-diligence conducted prior to obtaining the warrant and insight into the contents of what was recovered from Trump's home, given the potential implications for national security.

But other Republicans, who are also seeking answers from the federal government, seem to be more politically motivated, criticizing the Biden administration for what they see as unfairly targeting Trump.

On Monday, a group of House Republicans – led by longtime Trump ally Rep. Jim Jordan of Ohio – penned a series of letters to Garland, FBI director Chris Wray and White House chief of staff Ron Klain, writing that the “American people deserve transparency and accountability from our most senior law enforcement officials in the executive branch.”

The letter addressed to Klain requested “all documents and communications referring or relating to the execution of a search warrant on President Trump’s residence,” despite the fact that the White House has repeatedly maintained it was not notified of the search before it occurred.

White House press secretary Karine Jean-Pierre stressed over the weekend that she “absolutely cannot” divulge any information about where the president stands on the issue, given the nature of the ongoing investigation.

"It would be inappropriate for me to speak on that because the president has been very clear and unequivocal about this is that when it comes to law enforcement matters, investigation, the Department of Justice has complete, complete independence," she said on ABC News’ “This Week” Sunday, adding: "We do not interfere. We do not get briefed. We do not get involved."

Biden has pledged since the beginning of his time in office that he would let the Department of Justice operate independently, repeatedly saying he would not tell the office how to do its job.