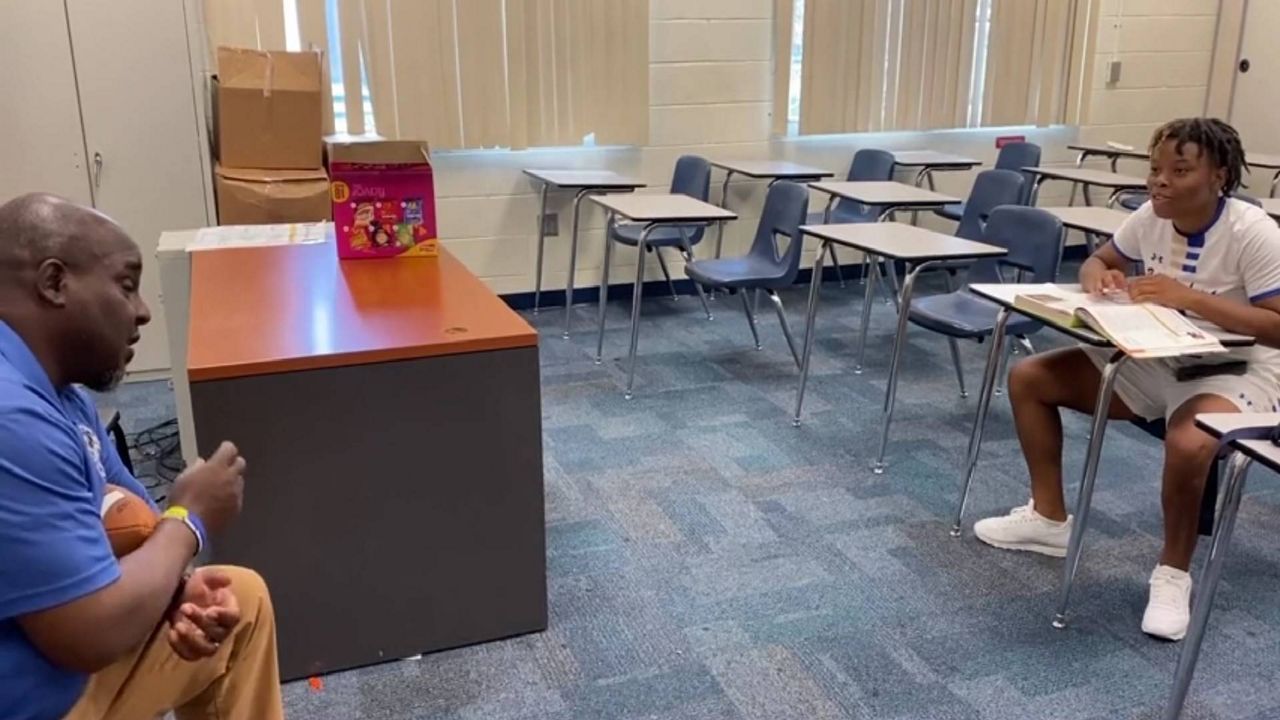 ST. PETERSBURG, Fla. — Larry Murphy has been the head coach of the Gibbs High School boys' basketball team for nearly two decades. As a St. Pete product himself, Murphy said he can relate to his athletes in a unique way.

"I help kids find a way out of their neighborhoods, see some other things in life, further their education and build relationships beyond high school," he said.

The impact Murphy has made is visible: More than 50 of his players have received college scholarships, and several have gone on to play professionally.

He says many of them return to mentor the next generation of athletes alongside their former coach.

"For me, it’s the guys who come back and give back to the program, the kids that come through who have success on other levels and come back to share that knowledge with the kids that are here now,” said Murphy.

Out on Gibbs’ football field, you’ll find another “Coach of the Year” with local ties — former Tampa Bay Buccaneer receiver, Louis Murphy, Jr., who wants to give back to his hometown.

"St. Petersburg is home to me, and whether it’s Lakewood, Gibbs, Boca Ciega, whatever high school, whatever kid needs help, I just want to be able to help kids who are for my hometown,” he said.

Louis Murphy took over a winless football program in 2020 and has led a turnaround on and off the field.

"Ten kids that graduated, that went through the football program, and about more than half of them were ineligible," he said. "But they changed their life around, they changed their grades around and to see them walk across the stage meant everything to me. It was surreal.”

Wins in the classroom — which have helped several players receive college scholarships — are equally important to Gibbs Flag Football Coach Alvin Shirley, who says his goal is to prepare them for life through sports.

"We get so much out of seeing growth in our athletes," he said. "Going from one point to another point — if it’s going from academically ineligible to eligible, or just going from immature as a ninth grader to being a super responsible 12th grader.

As a former Gibbs student himself, Shirley says he believes everyone should have a chance to get in the game.

"I believe it’s a God-given gift to be able to coach kids," he said. "Stemming from that, I believe sports is for everyone — there’s no particular person or people that’s more advanced or more entitled to play. If you want to play sports, I’m going to make a way for you to be able to play.”

All three coaches say they are fully invested, and spend countless hours off the clock. They want to make a difference because they once had a coach who did the same for them.

"I know how it is, and some of the situations kids grow up in, and how they don’t have any help or they’re not inspired to go anywhere," Louis Murphy said. "But I know that with a little bit of inspiration and a little bit of motivation, I know that they can go far.”