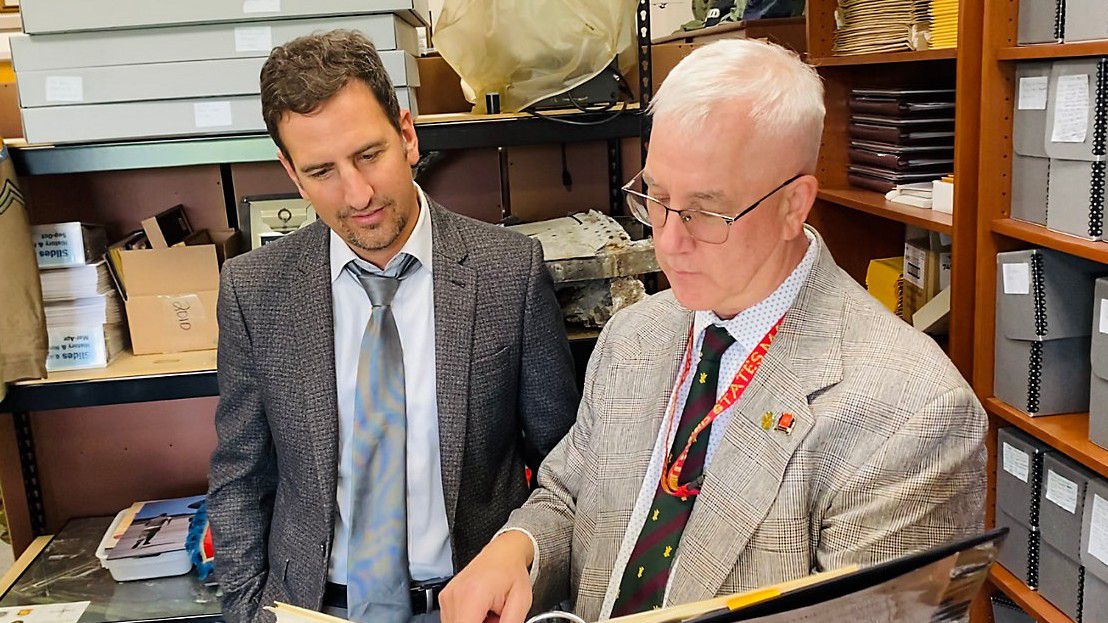 As the world remembers the life and legacy of Queen Elizabeth II, in Florida, many people remember her visit to Tampa in 1991. One highlight of that trip was a stop at MacDill Air Force Base.

“That’s Gen. Schwarzkopf, that’s her majesty the Queen, that’s going to be the wing commander, that’s Prince Phillip,” said Command Historian for U.S. Central Command, David “Scotty” Dawson, as he looked at an old photo from when the Queen came to visit.

Between Dawson and MacDill’s historian Stephen Ove, just about any fact from the day can be learned.

Her arrival was a well-attended event, Ove said.

“You can imagine, 2,000 reporters waiting to take her picture,” he said.

“She did get a tour of U.S. (Central Command) to see the operations center, the war room,” Dawson said.

“She was literally only here for an hour," Ove added. "She didn’t do the presentation in public, it was in the private office of Gen. Schwarzkopf." added.

That day in 1991, the world was watching, but Ove and Dawson said the reason for the visit on base was very specific.

“This was a notebook that was prepared for Gen. Schwarzkopf during Operation Desert Storm," Dawson said, opening a previously classified notebook. "It had the key information, significant events that were occurring."

He said the British government wanted to recognize Schwarzkopf.

“Gen. Schwarzkopf had been the commander of a coalition task force in Operation Desert Storm," Dawson said. "It was a huge task force — there were about 500,000 American troops involved, there were over 50,000 British personnel."

Ove and Dawson said that seeing high-profile visitors coming to MacDill is fairly common, but during that time, having a reigning monarch like the Queen in town was truly something special.

“We had just ended a major conflict in the Middle East and we were having a peace dividend," Ove said. "We were talking about downsizing the military and we were looking at new relations with Russia. In the midst of all of this, we just came out of a Super Bowl and the citizens of Tampa were really electrified by this visit because it was one of the biggest we ever had as a city."