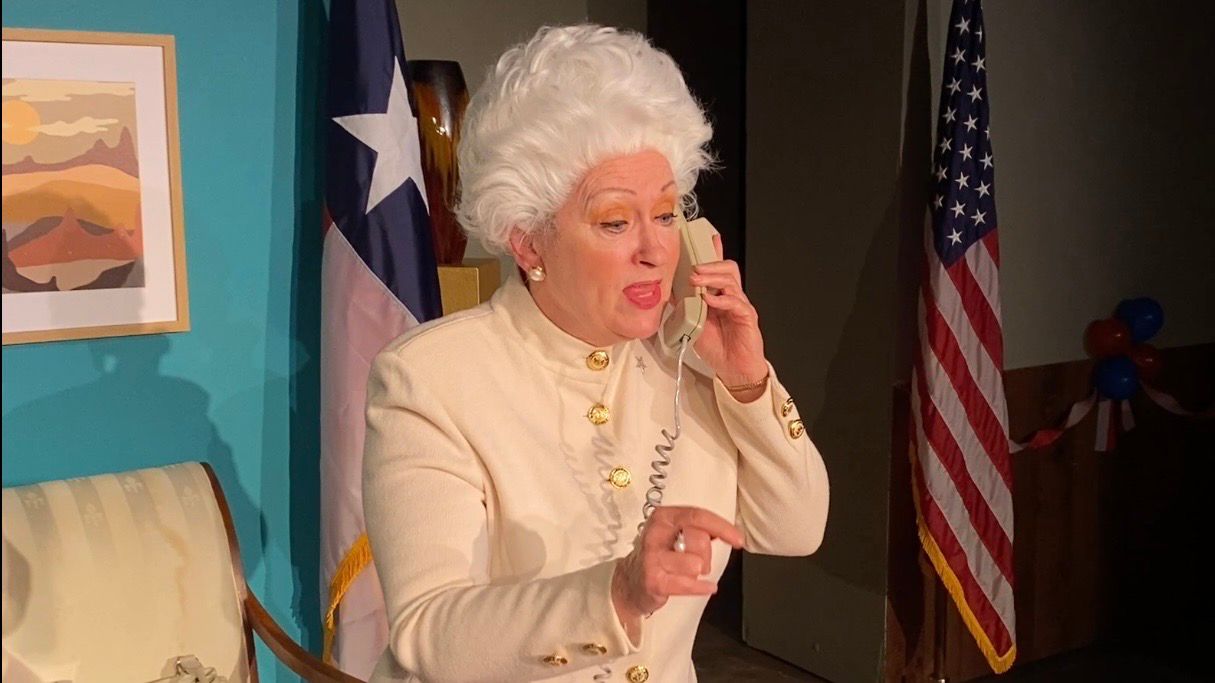 Bonnie Agan is reprising her role as Ann Richards in Ann at The Studio@620 in St. Pete. (Bobby Collins/Spectrum News)

Politics and Art: “Ann” at The Studio@620 shows fight for Texas

ST. PETERSBURG, Fla. — If you missed one of the sold out shows this spring, now’s your chance to see the play “Ann”. It's about Texas Governor Ann Richards. A rare Democrat and Woman at the helm of the Lone State.

The hair is where she finds her—Bonnie Agan is reprising the role of Ann Richards—the Democrat Governor of Texas in the early 1990s.

“I remember seeing her and I was just mesmerized,” said Agan. “We just didn’t see women doing stuff like back then. She broke the mold for what women could do.” Agan performed Ann in the spring to sold-out audiences at the Studio@620 in St. Petersburg,

“She navigated a lot of new territory that women hadn’t done yet,” said Agan, and not since.

Get involved in government and vote, or let others make decisions for you. The power is in each person and each vote counts, even one like hers.

“A democrat, a woman, a divorced woman in macho Texas. So that was an exception,” Agan said.