President Signs Executive Order on Healthcare During Stop in Charlotte

CHARLOTTE, N.C. — President Donald Trump signed an executive order on healthcare after laying out his plan during a stop in North Carolina Thursday.

“Today, I will lay out my vision for a healthcare system that puts patients first, families first, and America first,” the president said as he stood before an audience of about 200, many wearing white doctor’s coats, in a Charlotte airplane hangar.

The plan includes requiring doctors and hospitals to be transparent about pricing, more options for people shopping for health insurance, and protects people with pre-existing conditions.

Trump’s speech on healthcare comes as the president prepares to nominate someone to replace Supreme Court Justice Ruth Bader Ginsburg.

The Supreme Court is scheduled to hear a case on the Affordable Care Act, known as Obamacare, and a new conservative justice could potentially help strike down the Obama-era health care law.

“The American people pay an average of over three times more for medicine than Canadians,” Trump said. “We will finally allow the safe and legal importation of prescription drugs from Canada.”

He said the rule allowing states and pharmacies to import lower-price drugs from Canada will go into effect immediately. 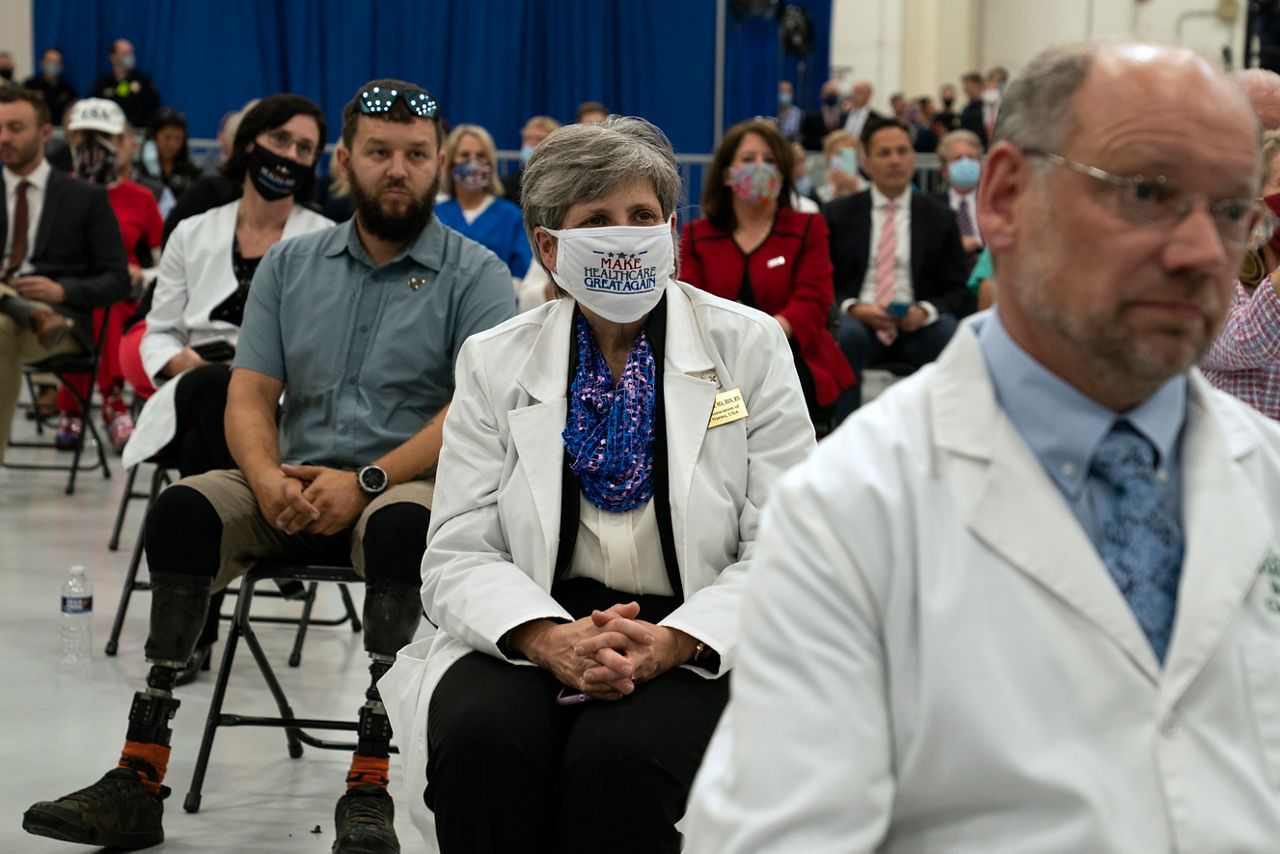 Trump said his plan also includes capping monthly insulin costs for Medicare patients at $35 a month. And, he said, the administration plans to send cards with $200 to each Medicare beneficiary to pay for prescription drugs.

The president said the United States will lower drug prices by negotiating with pharmaceutical companies and only agreeing to pay the lower prices that many other countries pay.

That lowest price may go up for some countries, he added, but overall the prices in the United States would be lower.

“The historic action I am taking today includes the first-ever executive order to affirm that it is the official policy of the United States government to protect patients with pre-existing conditions,” he said.

In a statement, Democratic nominee Joe Biden said, Trump “cheered on attempts by Congressional Republicans to rip health care away from more than 20 million Americans, and sides with Republicans in North Carolina who stand in the way of expanding Medicaid coverage to more than 700,000 North Carolinians.”

“President Trump is currently trying to get the U.S. Supreme Court to take us back to the days where as many as 4.1 million North Carolinians with pre-existing conditions could be charged more or denied health care coverage entirely,” the former vice president said.

Biden added, “As President, I will bring people together to protect and build on the Affordable Care Act, lower health care costs for working families and seniors, and ensure that all Americans have access to the quality, affordable coverage they deserve.”