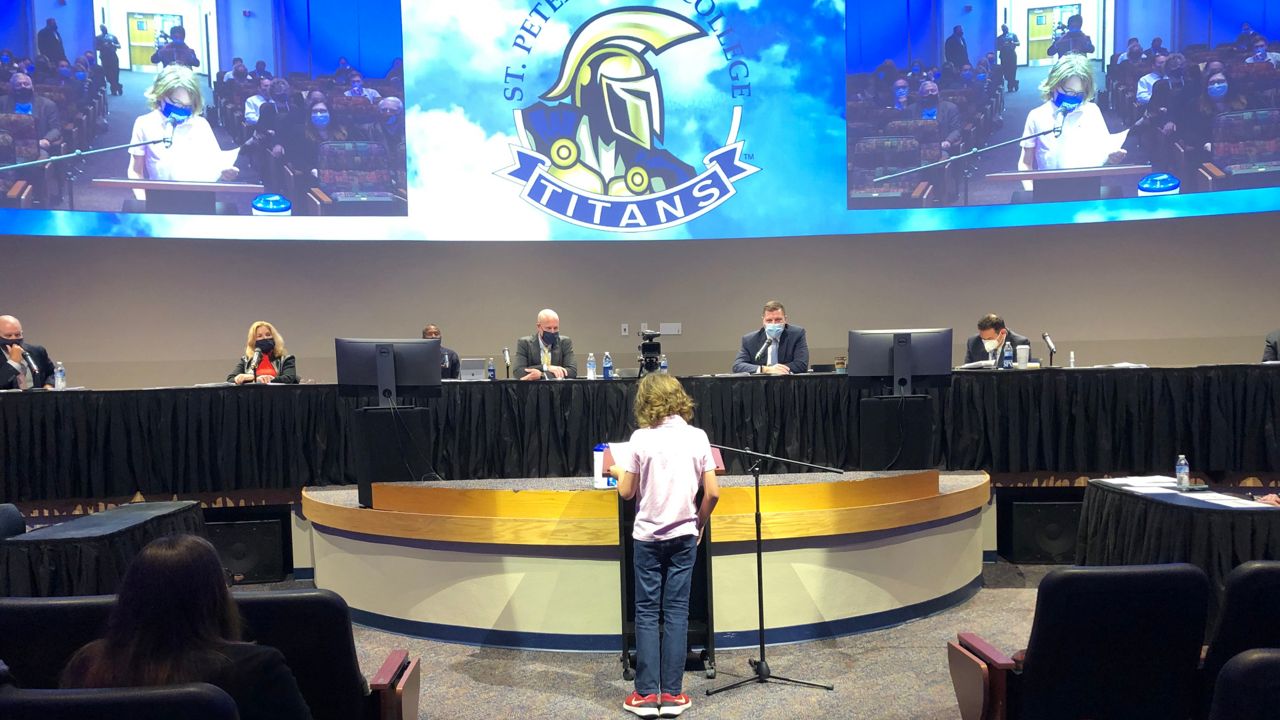 Pinellas State Legislators Hear From Their Constituents at Delegation Meeting

Already dealing with a six percent budget “withholding,” acting Pinellas-Pasco County State Attorney Bruce Bartlett called on members of the Pinellas County Legislative Delegation on Tuesday not to go any further in reducing funding to his agency.

“All I’m asking is that it’s short term dollars, and not permanent cuts. The permanent cuts would have a significant impact on the agency,” said Bartlett, who was named earlier this month to replace Bernie McCabe in the state attorney’s office after McCabe’s death on New Year’s Day.

Bartlett’s request was duly noted by the legislators, who heard from several dozen citizens, heads of local government agencies and heads of nonprofits both virtually and in person on Tuesday morning at the Seminole campus of St. Petersburg College.

“I am also fully aware that your priority this year has to be our economic recovery,” said Lindsay Carson, the CEO of the Early Coalition of Pinellas County. But she said that the early learning industry in Pinellas was already “fragile” before COVID-19 emerged last year.

“They’re small businesses, with low profit margins, and are now contending with low enrollment, staffing shortages, and are at risk, and are vulnerable to permanent closures,” she said. “In fact, we’ve lost nine in Pinellas County so far of our early learning centers.”

Among the top concerns for the St. Petersburg Chamber of Commerce is the recent announcement by the Florida Dept. of Transportation that the $1.4 billion Westshore interchange project will be postponed for two years. The bottleneck at that exchange – just off of the Howard Frankland Bridge on Interstate 275 in Tampa – has been a major issue for motorists and the business community in Tampa.

“This could create a two-year bottleneck,” said Matt Lettelleir, the vice presidency of advocacy for the St. Petersburg Chamber of Commerce.

FDOT District 7 Secretary David Gwynn explained that it was because of a lack of funding revenues due to the pandemic that has caused the delay, prompting St. Petersburg House Democrat Ben Diamond to inquire if he could meet up later with Gwynn to understand FDOT’s five-year plan.

“I have just heard a lot from my constituents about how critical in particular that Westshore Interchange is,” Diamond said. “We all know that’s right in the heart of our Tampa Bay community.”

Governor Ron DeSantis controversial legislative proposal to crack down on violent protesters received a thumbs-down from Evan and Liam Oliver, the young sons of the Rev. Andy Oliver of the Allendale United Methodist Church in St. Petersburg.

“Supporting this fascist anti-protester bill will be a disgrace to this nation,” said Liam Oliver.

The tourism industry in Florida has taken a massive hit because of COVID-19.

Robin Miller, the President and CEO of the Tampa Bay Beaches Chamber of Commerce, said her organization is hoping that the Legislature could abate the license fees for the bars, restaurants and breweries that were forced to shut down because of the coronavirus last year.

And several local government officials expressed support for state lawmakers to pass legislation to begin collecting online sales tax at the point of purchase in the state, a proposal introduced in this year’s session by Sarasota Republican Joe Gruters. A staff analysis of a similar bill that Gruters filed last year showed it would raise more than $600 million annually in both state and local taxes. The measure is scheduled to come before the Senate’s Commerce and Tourism Committee next week.