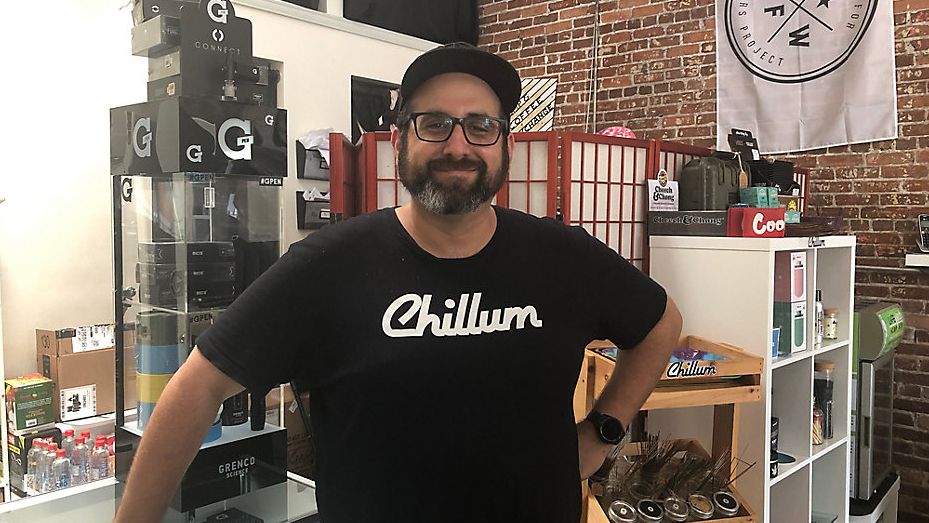 Carlos Hermida is with Suncoast NORML, which has interviewed the Democratic candidates for governor. (photo by Mitch Perry/Spectrum Bay News 9)

Democratic gubernatorial candidates all on same page on cannabis

As a reflection of its growing popularity, both of the major Democratic candidates running for governor in Florida this year are running on a platform of supporting the legalization of recreational marijuana. In addition, Nikki Fried, Charlie Crist (and Annette Taddeo before she dropped out on Monday) also support legalizing “home grown” cannabis and expunging the criminal records of those convicted of nonviolent cannabis charges.

While it’s not necessarily a novel concept for a Democrat to support legalizing cannabis, it’s believed to be the first time in a Florida Democratic gubernatorial primary where all the major candidates are in full support of the measure

There were five major Democrats running for governor in 2018, and only two of those candidates – Andrew Gillum, Chris King - initially backed the legalization of cannabis.

Later Miami Beach Mayor Philip Levine moved to that opinion, while Gwen Graham and Jeff Greene only spoke in support of decriminalizing possession of pot, but were not ready to declare full out support for legalization.

"In 2018, the lone Democrat to win statewide was Nikki Fried, who in a lot of ways pitched her campaign around that issue," says University of North Florida political science professor Michael Binder. "There were a lot of close races statewide that year and that was one that got her over the top, so I think that opened up some eyes for Democrats that 'hey, this could potentially be a winning issue."

While the Democrats support legalization may make advocates happy, the chances of Florida becoming the 20th state to legalize recreational pot in the U.S. doesn’t appear to be remotely on the horizon.

Ron DeSantis is not a fan. In addition, the GOP-controlled Legislature overall doesn’t support legalization, and there are no current efforts going to get a constitutional amendment to give the public the ability to weigh vote on the issue like they did regarding medical marijuana back in 2014 and 2016 (In 2014 a ballot initiative received 57% support, short of the 60% required for passage. It was approved with 71% support in 2016).

Carlos Hermida is the owner and manager of Chillum Glass Gallery and Hemp Dispensary in Ybor City, and a member of Suncoast NORML (National Organization for the Reform of Marijuana Laws). As a student, he was arrested for possession of cannabis after he was pulled over while driving on the USF campus a decade ago. He says it was for a small amount and was hoping he would just get a warning.

“I had a very little bit of cannabis on me and I thought that if I was just straight up with the police officer that she would just let me go, but that wasn’t the case,” he recounts.

Instead, he was arrested and given a date to appear in court.

That was a major problem for him as he was poised to graduate from the university two months later, prompting him to petition the school to allow him to graduate. He ultimately was informed that if he wrote a public apology he would be allowed to graduate. But the scars remain, and that’s why he’s appreciative of the Democrats support not just for legalizing recreational cannabis for adult use but would also allow citizens to grow their own cannabis plants and expunge prior cannabis convictions.

“I was particularly proud of when we talked to Crist and Taddeo was how they both were supportive of expunging records of past convictions,” he says.

A University of North Florida poll conducted by Professor Binder in February showed that 76 percent of Floridians said they supported the idea of legalizing recreational cannabis for adults, with just 20 percent opposing. The same survey reported that support for recreational cannabis has increased by 12 percentage points since Nov. of 2019, when 64 percent said they responded (that poll was comprised of 685 registered voters, with the margin of error of 3.74 points).