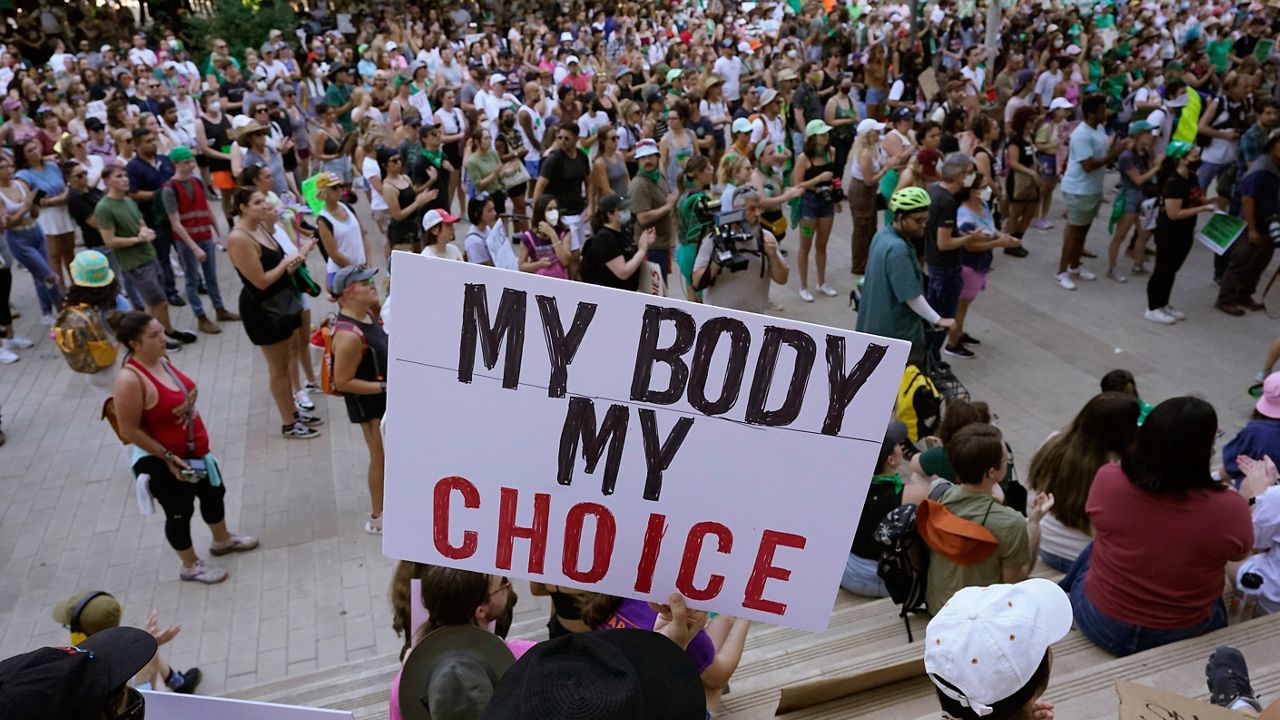 Abortions have emotional, economic implications for men too

AUSTIN, Texas — Discussions surrounding the near-total abortion ban in Texas have largely focused on how it will affect women and their futures. Men have received less attention, although they have an undeniable role in the reproductive process.

Dr. Kaylen Silverberg has spent 28 years at the Texas Fertility Center. As a gynecologist, his job is to focus on women. He turns patients into parents with fertility treatments like IVF. But he also supports the men who are involved, especially when the pregnancy fails.

Dr. Silverberg is talking about miscarriages and ectopic pregnancies. These types of failed pregnancies can be upsetting for the male partner, too.

“I mean, this whole bit about, ‘Women are devastated when they lose a pregnancy, and guys are pretty cavalier about it.’ That’s a myth. I can tell you doing this all day, every day for 28 years, I’ve seen guys break down much more than women in certain situations,” Dr. Silverberg said. “When it comes to something like this and losing a pregnancy–especially a hard-fought pregnancy, when you’ve gone through fertility treatment to get there–it’s just as devastating for the guys as it is for the woman.”

Men can also feel loss when their partner chooses to have an abortion. According to Texas Health and Human Services, more than 55,000 Texas residents had an abortion in 2020. That’s the year before any sort of abortion restrictions went into effect.

Dr. Brian Nguyen is the director of The EMERGE Lab at the University of Southern California (USC). EMERGE is an acronym for “expanding male engagement in reproductive and gender equity.” He’s also an assistant professor of OBGYN at USC. He said sometimes men aren’t willing to open up about their feelings after their partner has an abortion.

“A lot of men express the need to be strong, and to be the pillar of support for their female partner. And so, therefore, they may suppress some of their emotions,” Dr. Nguyen said.

Those include anything from relief to regret. He said we need to create an environment where men feel comfortable talking about abortion and its mental health effects.

“We’ve framed men’s involvement in abortion has often being in a support narrative, whereby men are supporting female partners and making sure they can get their abortion and being allies. However, it’s important to acknowledge that men are impacted by abortion independently,” he said.

Another role Dr. Nguyen has at The EMERGE Lab is to recruit and see individuals who are interested in male contraception. He works on trials of hormonal gels that men can apply to their shoulders every day to reduce their sperm count. After the Dobbs’ decision, Dr. Nguyen said there’s been an uptick in interest from men.

“I’ve had individuals say that they felt threatened and therefore wanted to do something about it, and that a viable option was to support research on contraception,” he said.

Studies show that abortions have allowed women to pursue higher education and work opportunities. The same is true for men. Dr. Nguyen said young men who have children early because of an unwanted pregnancy are less likely to finish college, which has financial implications. Dr. Nguyen acknowledged that not all fathers are involved in their children’s lives, which allows them to maintain their social and financial status. But that doesn’t include all males, which is why they should still be a part of the abortion conversation.

“Pregnancy affects both people,” he said. “And as we grow as a society to expand our gender roles, where we see more men being willing to take on caretaking responsibilities in the home, we may see more men adjusting their lifestyles for pregnancy. And so because of that, there can be more of a conversation about what both men and women can benefit from with respect to conversations about family planning, and that includes abortion.”

Dr. Joe Pojman, the executive director for the anti-abortion group Texas Alliance for Life, says abortion absolves men of the financial responsibilities that fatherhood requires for at least 18 years. But he said emotions can linger, because abortions rob men of the opportunity to be fathers.

“Some of my very best friends have been involved in abortions, got their girlfriend’s pregnant, girlfriends went had an abortion, and they were devastated. And this is something they carry with them for their lives. For decades,” Dr. Pojman said.

Dr. Pojman said he became an anti-abortion advocate when a former girlfriend of his confided in him about her own abortion.

“Those scars ran very deep in her heart,” Dr. Pojman said. “I realized that I could no longer be a bystander. As a man, I have as much responsibility to be involved to protect mothers and unborn babies from abortion, the same as women, the same as anyone in society.”

He noted that men have a responsibility in pregnancy, and they shouldn’t just say it’s “a woman’s issue.”

“To me, that’s simply a cop out,” he said. “It’s just trying to wash their hands from any responsibility… With the Human Life Protection Act going into effect, babies are protected from abortion, beginning at conception. Our hope is that men are involved, that they’re showing support, and taking responsibility for their actions.”