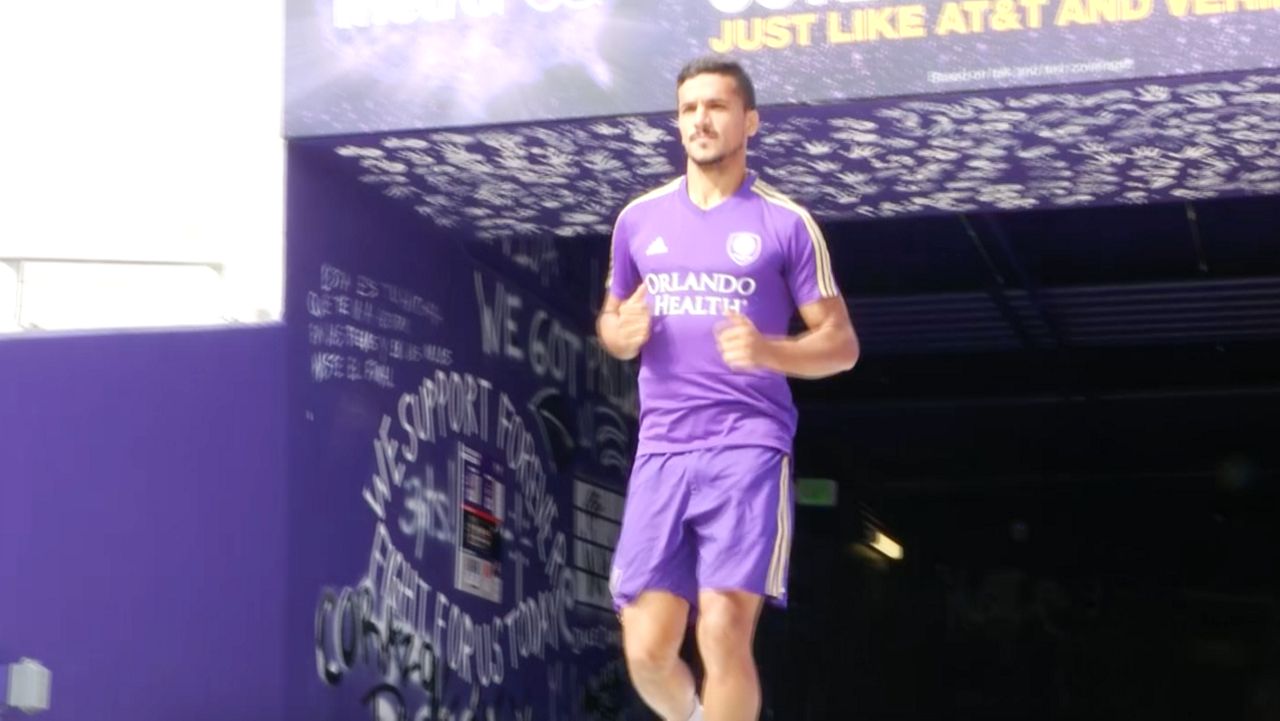 Sunrise and sunset, it’s how we measure a day. For Orlando City’s Mohamed El-Munir it’s a measure of faith.

El-Munir is a starting defender for Orlando and a practicing Muslim.  He was born and raised in Libya, his passion has always been soccer.

“I was playing soccer since I was eight or nine and I played until i was fifteen in the streets and at the school of course,” El-Munir remembers.

“It’s like a dream that I didn’t even dream about it,” El-Munir says about playing in MLS.

This time of year reminds him of where he came from.

“Ramadan is the most special month for the Muslim’s and Islamics,” El-Munir says.

Ramadan takes place on the ninth month of the Islamic calendar.  Muslim’s fast from sunrise to sunset. That means no food and no water.

“God makes us do this month, there’s a lot of reasons,” El-Munir says. “For the poor people who don’t have food or drink for many days and many weeks, so we can feel how they feel.”

Playing professional soccer and games at night after not eating all day can be a challenge.

“It’s not the first player that I’ve had that’s observed Ramadan so I have a little bit of experience with it,” Orlando City head coach Jason Kreis says. “It’s a communication issue a I believe.  We’ve really communicated openly with Mohamed about how he wants to observe Ramadan and how that’s going to affect him.  We’ve had him speak to our nutritionist.”

Fasting begins at 5:15am and ends at 8:15pm. So during a 7:30 game El-Munir can eat and drink at halftime. You also might see him swishing water in his mouth on the sideline.  When he’s traveling he can take a break from fasting.

The fasting helps him feel in touch with the plight of his home country. Libya is undergoing a civil war.

“It’s really bad how the country is going. I hope with God’s help something will change soon. People are really suffering there.”

El-Munir wants people in his home country and his new one to get along.​

“We are all humans,” El-Munir says. “It doesn’t matter if you are Muslim. If I am Muslim and you are Christian we are the same.  It’s just different thoughts.”

Kreis believes we can apply lessons from soccer to life.

“The world is becoming so much smaller and soccer is a terrific reflection of the world, “Kreis says. “I think it’s fascinating to try to lead and to establish a real true team chemistry amongst so many people with so many different cultural backgrounds.”

For one month a year Mohamed El-Munir makes a sacrifice. He believes peace is something we can have every day and every night.

“I am Muslim, there are millions of Muslims in the world,” El-Munir says. “If they are all the same if they are all bad, the world would have a very big problem.  So I hope people understand, if you are Muslim it doesn’t mean that you are bad, it’s just belief.”