Hurricane Laura struck Lake Charles as a major Category 4 hurricane in late August with winds in excess of 130 mph.

Preparations were underway leading up to Laura's landfall. Officials prompted evacuations, including the staff at the National Weather Service in Lake Charles.

The National Weather Service offices in Brownsville, Texas and Ruskin, Florida (Tampa) took over operations as the Lake Charles crew left for safety. This decision was made based on storm surge forecasts and the surge from a similar storm, Hurricane Rita, reached within a half-mile of the office.

It turns out the surge wasn’t as bad with Hurricane Laura but the wind left a lot of destruction behind.

The radar from the National Weather Service in Lake Charles stopped working as Hurricane Laura made landfall. The last known image from the radar came in at 12:53 a.m. CDT as the northern eye wall was moving over the radar site.

Here are the before and after pictures of the Lake Charles National Weather Service Radar dome and the last image taken from that radar before it was destroyed by Laura. (Damage picture from @AlaStormTracker ) pic.twitter.com/FKLmRz0TdW

Wind speeds were measured at 98 mph gusting to 133 mph at the nearby Lake Charles airport before the anemometer failed. These measurements are taken about 10 meters above ground level.

The radar sits atop a 20-meter tower. It is very likely the wind speeds were higher at the radome, which is built to withstand Category 4 winds of 140 mph.

The radome is made of reinforced fiberglass, kind of resembling that of a golf ball, and is placed over the radar to protect it. These radars are known as WSR-88Ds and are used all across the country to detect severe weather. Just before Hurricane Laura obliterated the radar, it measured velocities (wind speed) of 160 mph 1,000 ft above the ground.

Today, the radar is unrecognizable. 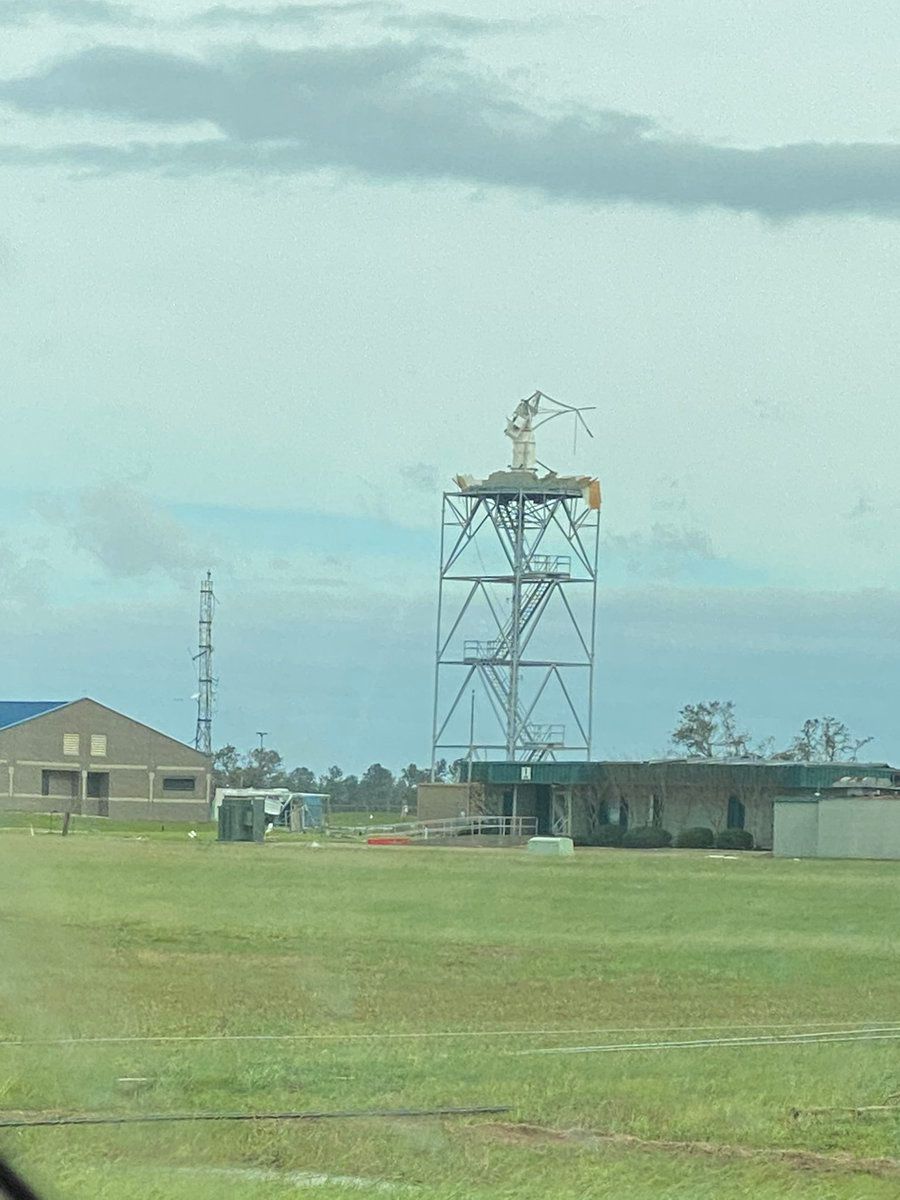 This isn’t the first time a WSR-88D radar has been destroyed by severe weather. Out of the 159 operational radars, five have sustained major damage over the last 25 years, including the Lake Charles radar.

In 2017, Hurricane Maria destroyed the radar in San Juan, Puerto Rico with very similar damage. The aftermath is almost identical.

The radar in San Juan cost one million dollars to repair.

Finally, a microburst from a severe thunderstorm destroyed the radar at Laughlin Air Force Base, Texas in 2001.

With respect to the Lake Charles radar, the Radar Operation Center in Norman, OK, is already on scene starting the repair process.

It could take several months before the radar is functioning again.