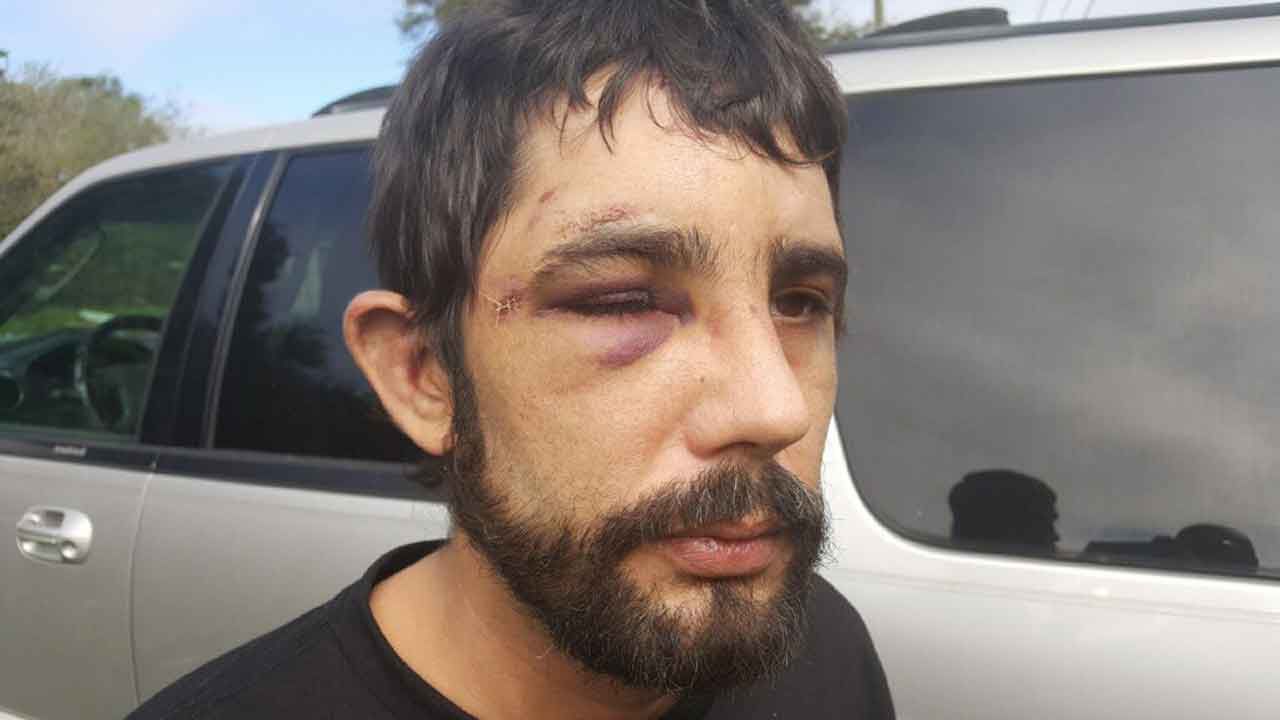 Jeremy King was severely beaten by two masked robbers who burst into his home in Lithia on Wednesday, Oct. 30, 2019. (Dave Jordan/Spectrum Bay News 9)

LITHIA, Fla. — The bruises and swelling on Jeremy King's face tell the story of a man on the receiving end of a brutal attack. But his actual account is far more harrowing than his injuries suggest.

“I’ve got a fractured eye socket, a fractured sinus cavity, a concussion, 20 stitches and three staples in my head,” said King, outside his home on Old Welcome Road in Lithia. “I took a severe beating.”

King said he was inside his home Wednesday when two masked men armed with guns barged in around 9 p.m. He said he doesn't know who they are, never met them and has no idea why he was targeted.  Both men pointed guns at King while demanding money.

“They came in heavily hooded and masked. As soon as they had got the back door opened, they had a pistol on me and was grabbing my 11-year-old daughter,” he said.

“I’m telling them, ‘I have nothing for you,’" King explained. "(A)nd they’re like, ‘Give me everything you got.’ It became real violent, real fast.”

King said one of the men started pistol-whipping him while another kicked him repeatedly in the head. His wife, who is eight months pregnant, was in the back bedroom and peeked out to see what was going on.

King said one of the men shot at her. She retreated, grabbed an AR-15 and returned fire.

“When he came toward the back door in her line of sight, she clipped him,” King said. “He made it from my back door to roughly 200 feet out in the front ditch before the AR did its thing.”

Deputies later found a man dead in a nearby ditch. The other gunman ran off after that fatal shot was fired.

"Them guys came in with two normal pistols and my AR stopped it,” King said. “(My wife) evened the playing field and kept them from killing me."

Investigators are still looking for the second gunman. ​