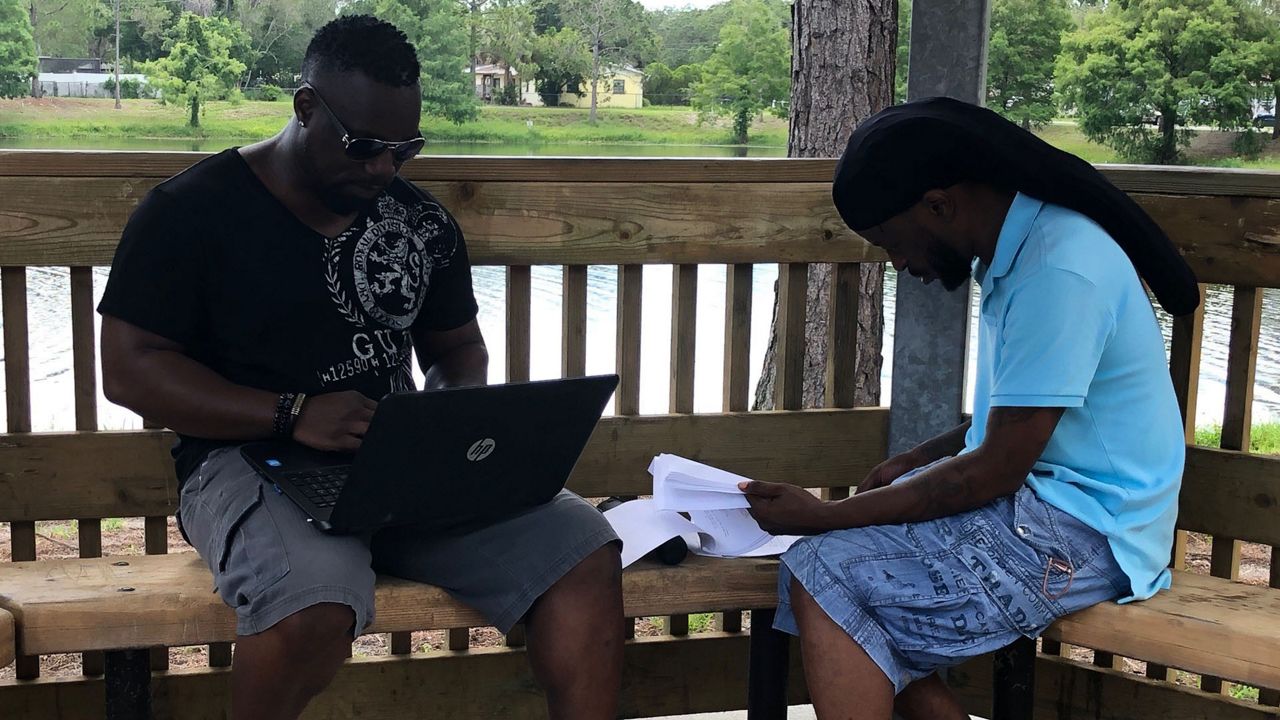 ST. PETERSBURG, Fla. -- Child's Park in St. Petersburg is a go to spot for Cranston Cumberbatch and Jabaar Edmond. The pair are childhood friends and now business partners.

"Where is this going to take us in the story, and what part is it going to play?” said Edmond, flipping through a script.

They own DreamMakerz Productions. They wear a lot of hats for the company, one of which is the title of screenwriters.

“The main goal is movies. Yes. That is the main, like the top, yes, movies is what we do," Cumberbatch said. “Everybody wants to make a movie. Everybody is trying to make that next Hollywood blockbuster, and creative ideas galore. And that push to get your project, or get your story out to be the one, that is a dog-eat-dog world.”

They have already made two movies to date with some success. They are Art in the City and Agent X.

But getting a movie script to that next level, the Hollywood level, is not easy. One topic many in the industry worry about is racism.

"The biggest one that hurt me was roles that called for an African American and here I am an African American, and I have the resume and credentials to do the role, but they come back and say, 'Ah, we kind of want somebody a little lighter,’" said Cumberbatch.

Recently though, an established TV executive called out racism within the industry. Adrienne Erickson tweeted out, "As a TV exec, I am frequently asking agents and managers to send me black writers to read for staffing our shows and for development. If I’m lucky, they send me one.” She went on to say, "If you are a black screenwriter… email me your script… I will read it and you will hear back from me.”

Cumberbatch and Edmond immediately sent her one of their scripts.

“It was a true blessing and we are grateful for those Hollywood executives and people of the like that have now come out and given the opportunity for our stories to be read and the opportunity to be seen on a mainstream platform," said Cumberbatch.

When asked what change needs to come to the industry as a whole, Edmond was quick to respond.

Both Edmond and Cumberbatch are part of the push to get reform. When the protests started in their city for BLM and to denounce racism, they were there to march and document.

“To be apart of it now, and to see what, how this city has handled it, it has truly been inspiring," said Cumberbatch.

Since the Erickson's tweet went out, other executives have jumped on board to read scripts too.

Edmond and Cumberbatch are airing their most recent film Agent X on Thursday, June 11, for free. It is airing at Rush Hour Chicken 'n Waffles at 9 p.m. The address is 2140 34th St. S, St. Petersburg. It will be a drive-in movie style showing. People are also asked to bring chairs and masks.