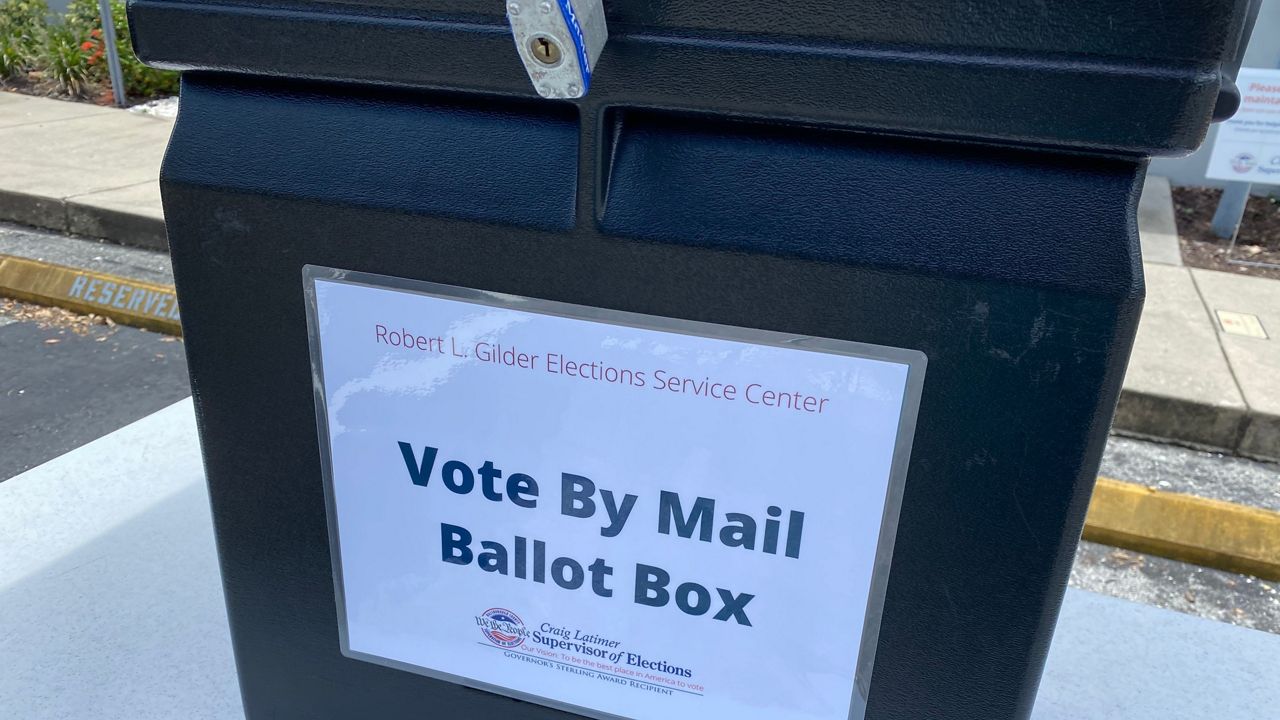 Gov. Ron DeSantis says that although last November’s election went smoothly, this is not the time to “rest on our laurels.” And thus, he says Florida needs to change some laws that critics say could reduce voter participation in the 2022 election.


The bill, SB 90, sponsored by Ocala Republican Sen. Dennis Baxley, would require all voters to request vote-by-mail ballots more frequently, ban drop boxes, and allow only immediate family members to drop off vote-by-mail ballots. It also would remove every Florida voter who has an active request for a vote-by-mail ballot once it goes into effect, which would be July 1.

“That will cost the taxpayers of Florida somewhere between $12 and $16 million, and so that itself is enough to get your attention and say, whoa, we better rethink this,” says Alan Hays, the Lake County Supervisor of Elections and a Republican.

“In reality, I didn’t think that it was necessary at all,” said Mike Bennett, the Manatee County Supervisor of Elections about the entire election reform package.

“I’m literally befuddled as to why we would tweak a system that performed exceedingly well,” said Pasco County GOP Supervisor of Elections Brian Corley in a written statement. “The current Vote-By-Mail (VBM) statutes (e.g. policies and procedures), as well as the established security procedures with regards to VBM “DropBoxes” worked extremely well in Pasco County, and to my knowledge, all of Florida.  The provision that voids all vote-by-mail requests will not only impact millions of Florida voters but will cause an unfunded mandate of millions of dollars to the taxpayers of our great state.”

Regarding the removal of drop boxes, Bennett says he wants to ask Baxley and other supporters of the bill “what the hell are you thinking?”

Baxley’s bill has been amended once already. It originally called for voters to have to request vote-by-mail ballots every calendar year – that’s been moved to every election cycle, which lasts two years.

A survey published last week by pollster Ryan Tyson showed that strong majorities of Floridians from all parties oppose some of the provisions in the Baxley bill. It shows that 77% of all Floridians – along with 83% of Republicans – support monitoring drop boxes in person or by video.

The poll also showed that 54% oppose prohibiting dropping off another person’s ballot. However, a majority of Republicans support banning that.

The survey of 600 registered voters with an additional oversampling of 200 Republican primary voters was overseen by the D.C.-based nonpartisan group Secure Democracy, which monitors election laws in 17 states.

“Florida is now being looked at as a national model,” said Sarah Walker, the executive director at Secure Democracy. “When we are traveling around or Zooming around in other states, what I’m getting asked the most by other legislatures is what is Florida doing? And how did Florida pull it off so well?” she says, adding that the poll is “just another indication that the system in Florida is working effectively.”

The bill has made its way through two committees in the Florida Senate as it heads to the Rules Committee.

In anticipation of that, a group of African-American Christian leaders throughout the state (including the Rev. Thomas Scott, a former member of the Hillsborough County Commission and Tampa City Council) have sent a letter to the Florida Senate Rules Committee, urging them to vote ‘no’ on SB90, writing that the bill will “adversely affect the voter participation of those we serve.”

The Hillsborough County Republican Party did issue a press release earlier this week saying that they support SB 90.

Supervisor Hays served in both the Florida House and Senate for more than a decade before being elected Supervisor of Elections in 2016. He doubts the bill will pass by itself, but instead believes it will be attached to another piece of legislation.

“Once we get the content of that bill modified so that it is acceptable, it’s very likely to insert that language into a big bill that will probably be passed in both the House and the Senate,” he predicts.

The bill does not yet have a House sponsor, but that is expected to change soon.