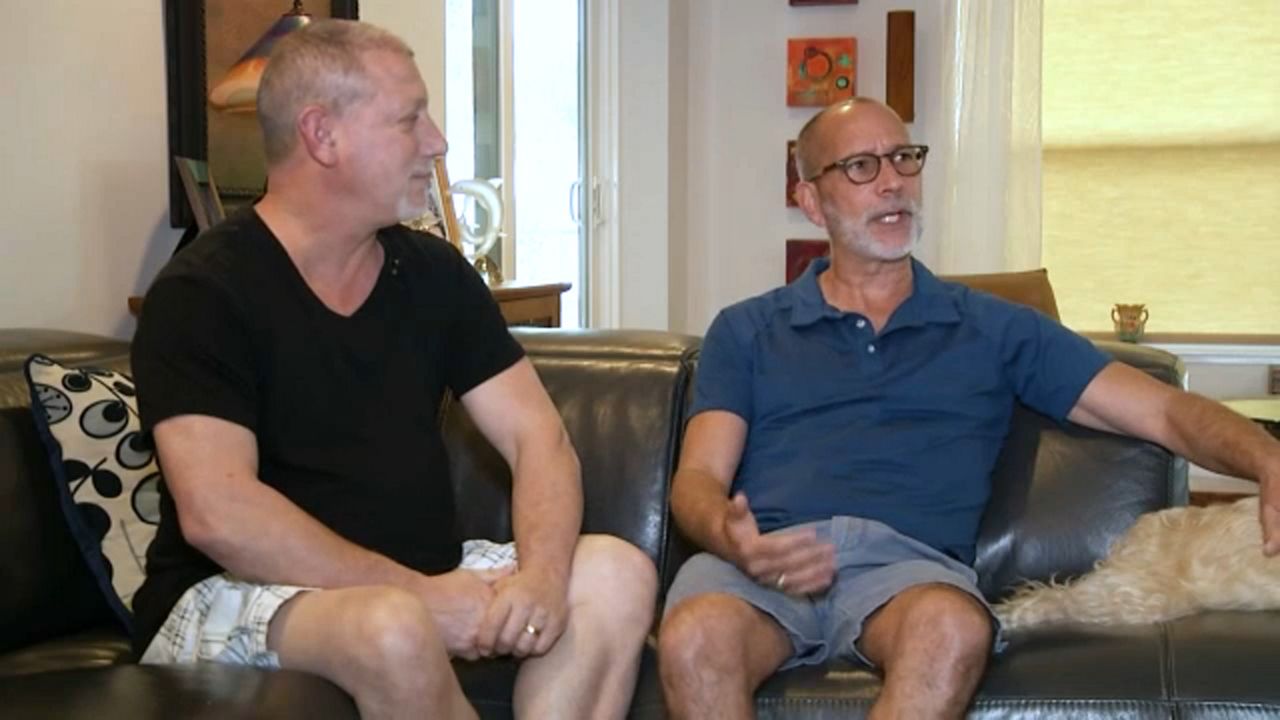 Mark Saraceno (left) and Michael Lewis stayed isolated during the pandemic. But despite Covid restrictions coming down and both of them vaccinated, getting back to normal isn’t easy. (Spectrum News image)

Covid-19: Getting back to normal isn't so easy for everyone

In that time, they’ve learned a lot and lost a lot.

“We’re two years into our marriage," Mark said. “We spent one year in isolation together so we got to know each other really well.”

“Early on in the pandemic, Mark’s father passed away from Covid”, Michael said, “So it kind of made us very aware of what was happening.”

That awareness kept them isolated and they believe it kept them safe. Still, despite Covid restrictions easing and both of them vaccinated, getting back to normal isn’t easy.

Mark said, “ I still wear my mask when I go out. I still take my Lysol wipes and put them on the handle of the cart when I’m grocery shopping.”

Michael agrees and added, “The idea of being on a plane even though they say it’s safe it’s so very, it makes me nervous.”

And they’re not alone.

What’s important he says is how you deal with it.

“For those individuals I want to say to you that you want to be able to control the controllables,” said Dr. Shinitsky. “You can’t control other individuals, but understand what’s acceptable for you and be able to live accordingly.”

Mark and Michael say they’re reconnecting with friends who’re also vaccinated, but getting back out among crowds is going to take time.