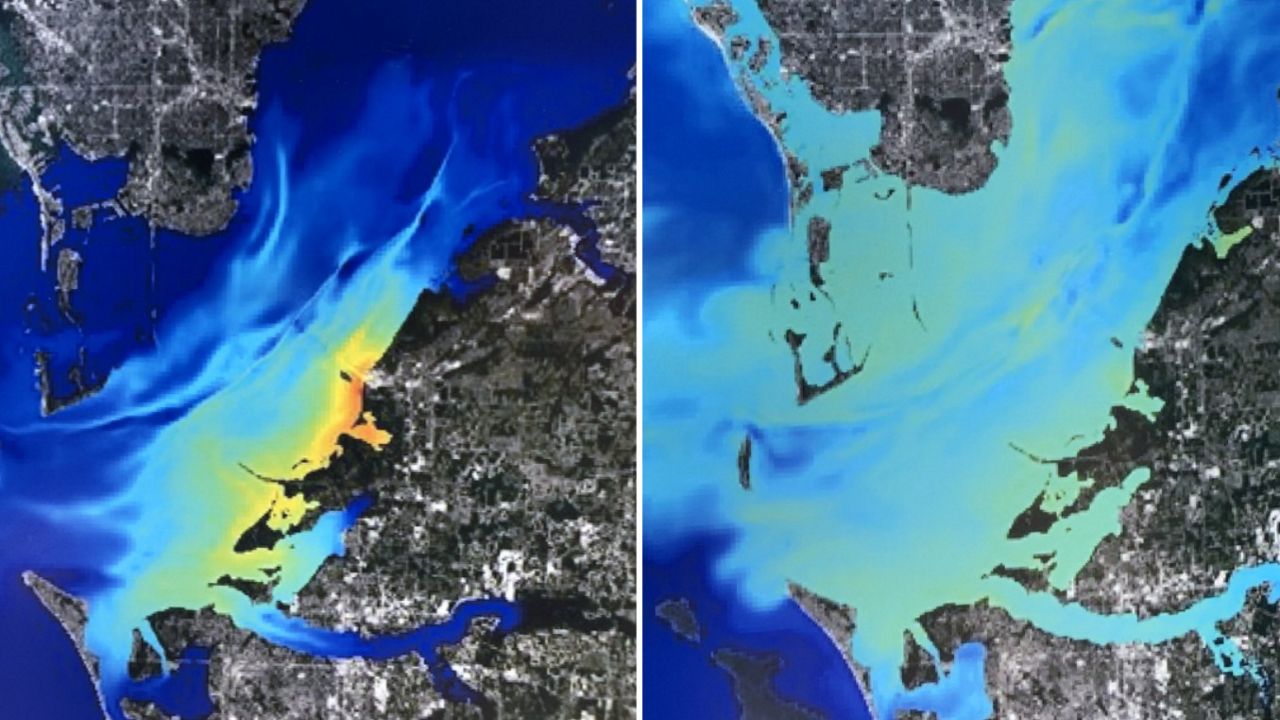 Researchers at the University of South Florida say that their initial findings show the Piney Point breach has not had a widespread effect on Tampa Bay.

Instead, early results indicate that the effects of the wastewater discharge are localized.

Findings show that concentrations of nutrients known to impact waterways, like nitrogen and phosphorus, have declined over the last six weeks and are now on par with the usual levels seen in the bay.

“We don’t have a detailed concentration of what was in the reservoir, so we’re trying to interpret that from the samples that we’re taking in the field,” said Steve Murawsk, a biological oceanographer with USF.

Scientists are still waiting for the results on a number of samples they have taken over the past two months, including toxin reports on fish and sediment. They’re still working to determine what the long-term impacts of the discharged water could have on Tampa Bay’s marine life.

“We shouldn’t be walking away from this yet. We need to keep some vigilance in monitoring,” Murawsk said.

We ⁦@BN9⁩ wanted to know if any reports of red tide or fish kills in manatee and pinellas are related to the Piney Point breach. This is what ⁦@USFResearch⁩ had to say -> pic.twitter.com/nMWFBlmRvB

Researchers say it is too early to tell if the nutrients released from the Piney Point breach could affect red tide. As of now, they say the low levels of the algae in parts of the bay are likely a result of the wastewater release.

“I think it would be premature to draw a cause and effect relationship between those two things,” said Tom Frazer the dean of USF College of Marine Science. ​