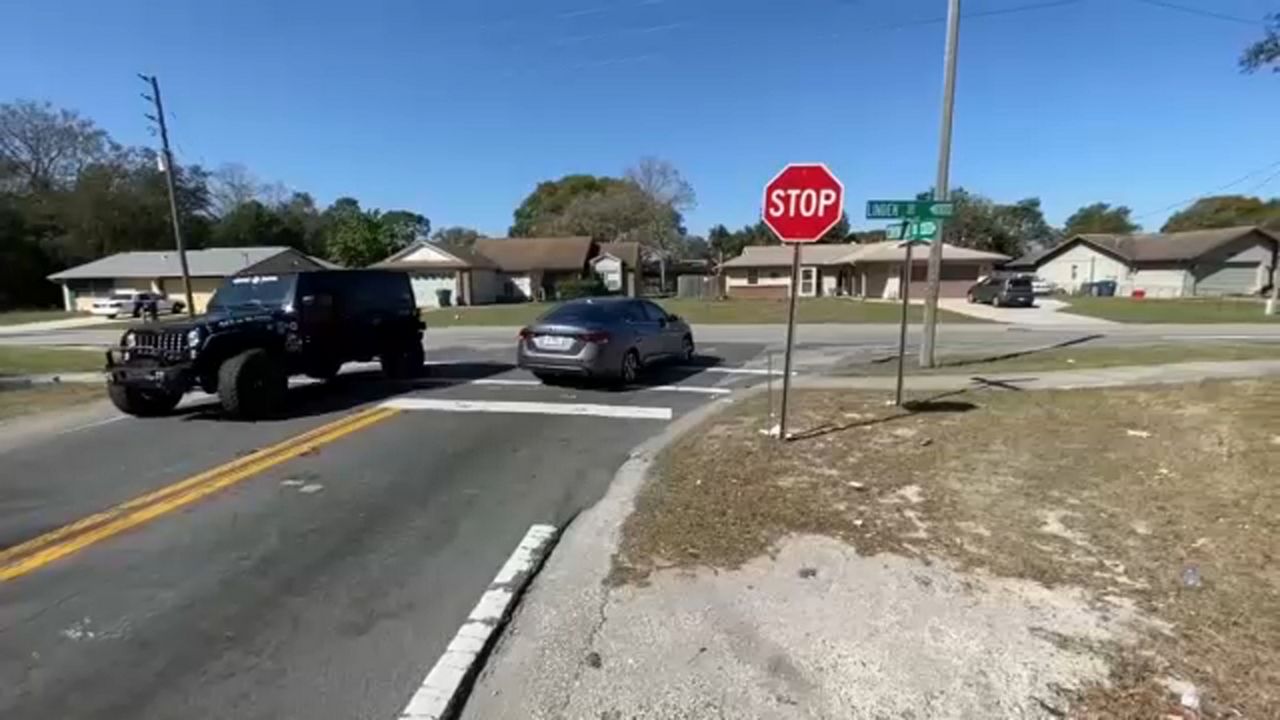 This week's Traffic Inbox problem spot is at the intersection of Linden and Coronado in Spring Hill. (Spectrum News)


A combination of speeding and running the stop sign has sent cars into the yards and property of nearby homes.

The problem spot is at the intersection of Linden and Coronado.

Resident Margaret Daley showed Henson photos of a recent crash that resulted in a man being taken from the scene in an ambulance.

"So the corner right here, Coronado and Linden, it has a stop sign there, but it doesn't seem to be doing the job,” she said.

In the late afternoon, the position of the sun blocks out the stop sign. At night, the issue seems to be more speed related.

"This is from the accident last week,” Daley said, pointing to a photo on her phone. “This is the neighbor's fence. As you can see it was knocked down, and if you look over there, you can see where the truck hit the tree."

A truck threaded right between two houses, only damaging itself and the fence.

Daley is worried about two things: The visibility issue with the stop sign and the proposed change in zoning for a public park across the street to allow single family homes. That would put even more traffic on this very busy street.

But for now, it's the stop sign that is her main concern.

Even something as simple as a sign on the other side of the intersection alerting drivers where the road ends would be a help, she said.

Henson has reached out to Hernando County Public Works about the issue.