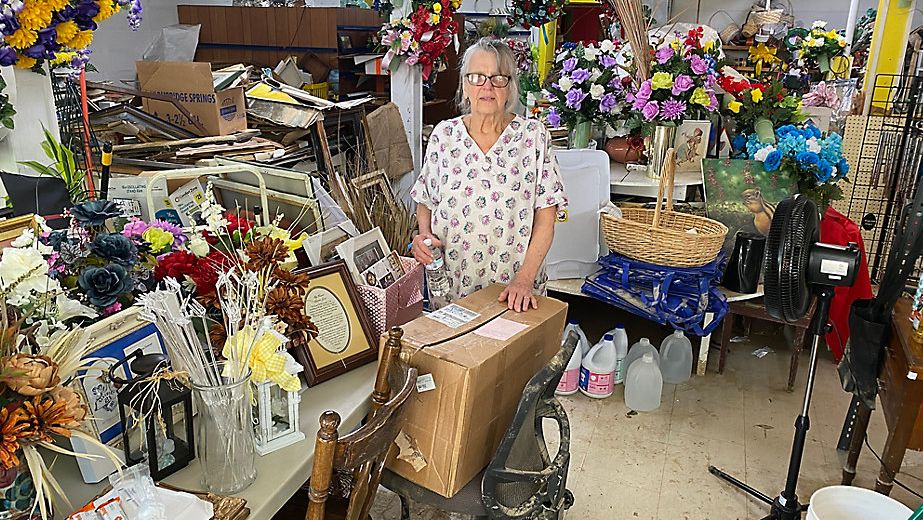 Knott County, Ky., resident Pat Bradley, 84, says recent flooding not only damaged her home, but also her business, where she is now working to save artworks from the water. (Spectrum News/Josh Rojas)

A Knott County, Ky., resident has been trying to clean the damage done to her business and home when a flash flood hit less than two weeks ago.

“Really, I’ve spent more time here than at my home," said 84-year-old business owner Pat Bradley. "I’ve only walked through it (home) twice. Once to get my frame, my pictures, and the other one just to cry.”

Bradley is the owner of the Forget Me Not Floral Art and Frame Shop located at 173 W. Main St. in Hindman. The flash flood hit the area after midnight on July 28 and damaged many items in her shop, including some of the art.

Bradley said she wasn't sure if she could salvage a $700 print from artist Paul Britt Johnson that got soaked — more than a dozen other pieces of art that she painted were also damaged.

The small business owner did hang a cherished print she found between two pieces of cardboard that had been covered in water that has the message, "don't quit."

“I love it and that’s been my motto: Don’t ever quit," she said. "I said that to a little girl this morning — she sent me a message and she was so down and I said, ‘We can’t quit, we’ve got to go.’” 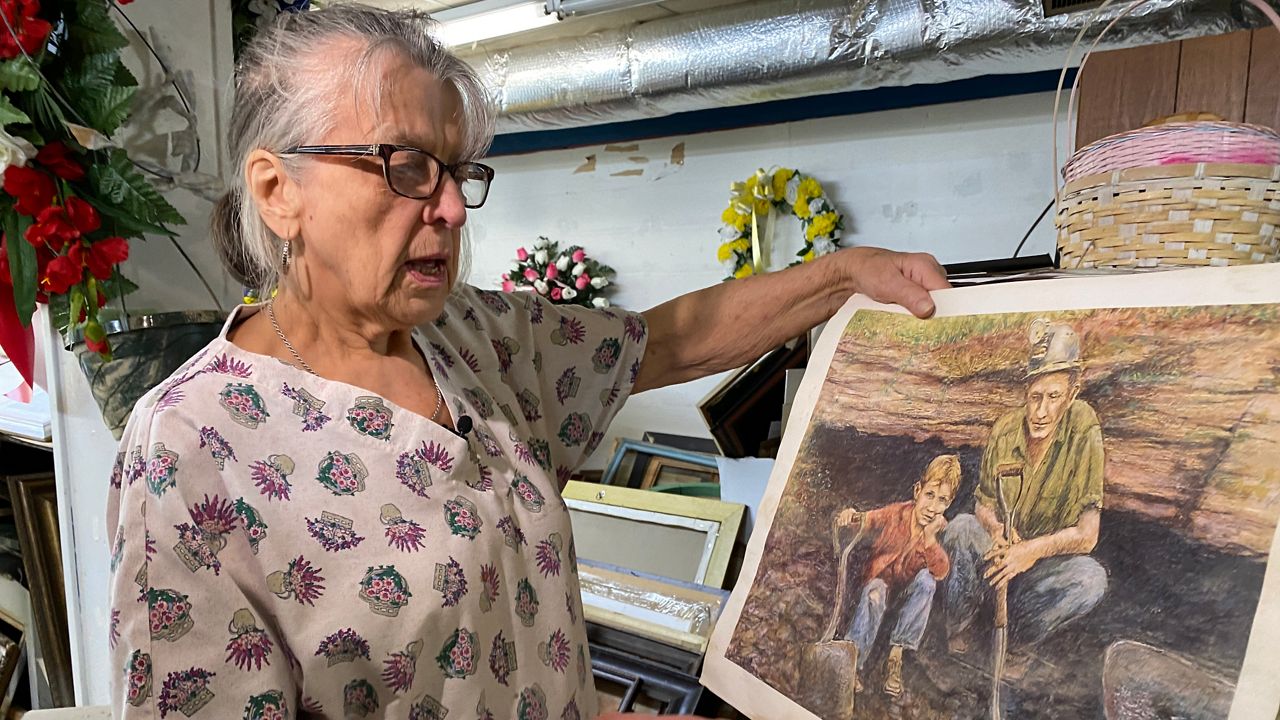 Bradley said when the storm hit she was at her home in Vent, which is located about five miles away from Hindman. She said her son rescued her just in time.


"The basement had filled already, which I could’ve gone through that thing and that would’ve been the end of me," she continued. "I got to the door and he gave me his hand — I stepped down and it was over my knees.”

Bradley said her son had his father in the bed of the pickup truck and water was coming into the cab. She said the family drove to higher ground and watched the water rise all morning. 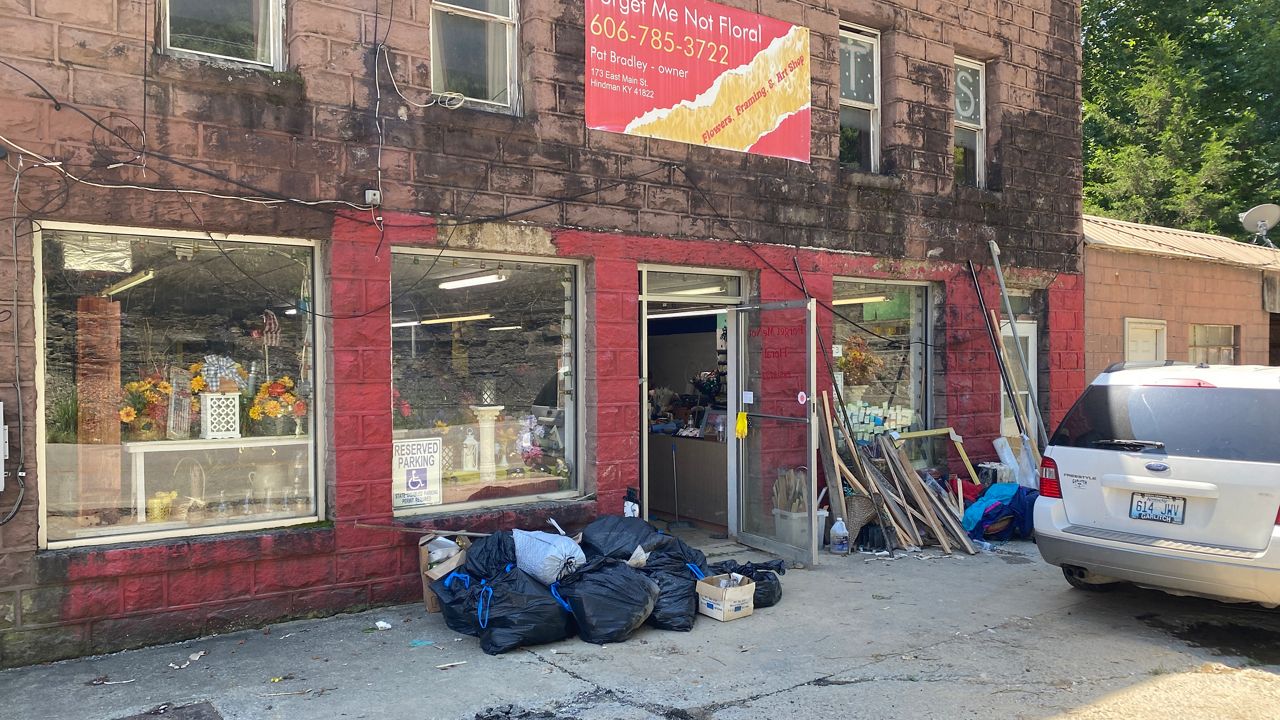 Since the storm hit, Bradley has been sleeping at a Baptist Youth Center, which is directly across the street from her business.

Volunteers with Operation Blessing and Grace Bible Church brought Bradley a dozen roses on Sunday to cheer her up. The volunteers said they would bring supplies and help Bradley get her home fixed up.

“As she thinks of any supplies she needs, please make a list," said volunteer Barb Sonnhalter. "We will come back."​

Bradley said she's grateful for all of the support.

“I’m just so thankful for the turnout that the public has offered, it’s just unreal," she said. "I don’t know what we would have done without them.”

At least 37 people were killed in the catastrophic flood with hundreds more still unaccounted for. More than 1,300 people were rescued in the days after the storm. 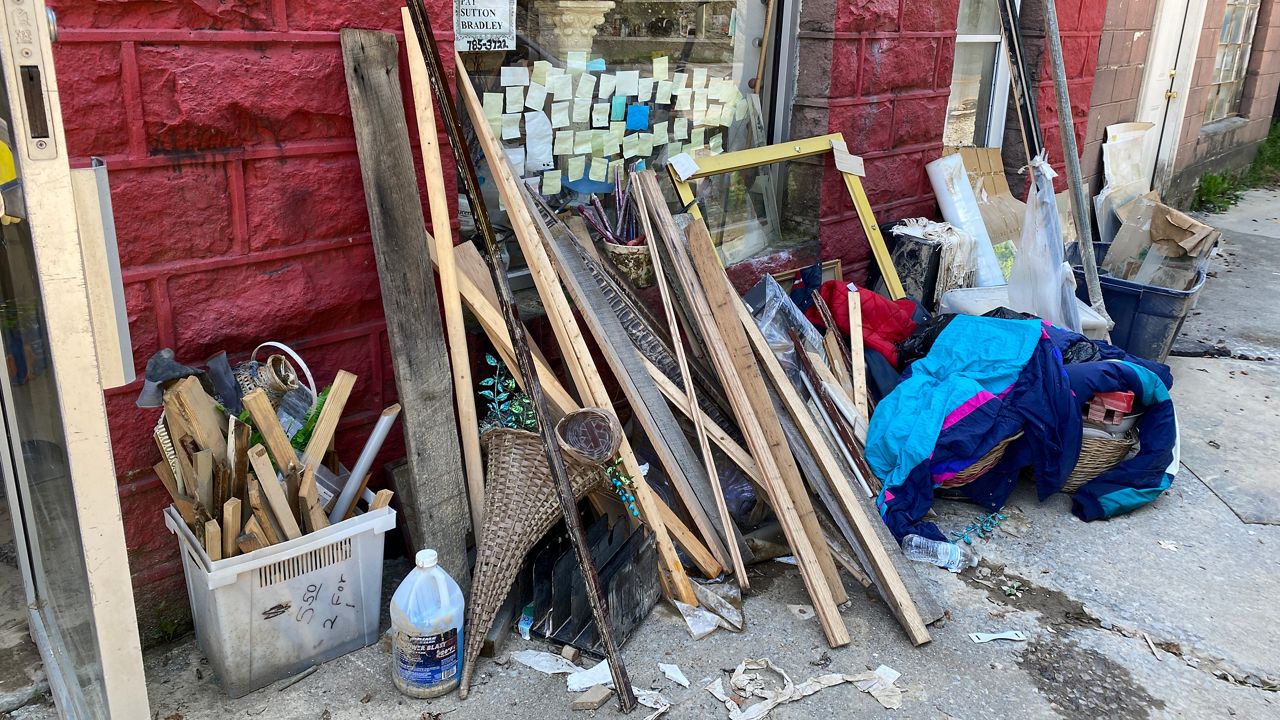