A Florida panther, rescued as a kitten, was released back into the wild in the Florida Everglades. (Pat Carter/AP)

Florida's ongoing war between development and conservation efforts goes back decades, but a new battle looms over plans to expand the state's toll road system.

And that's the sticking point for a majority of Floridians who responded to our exclusive Spectrum News/Ipsos poll. 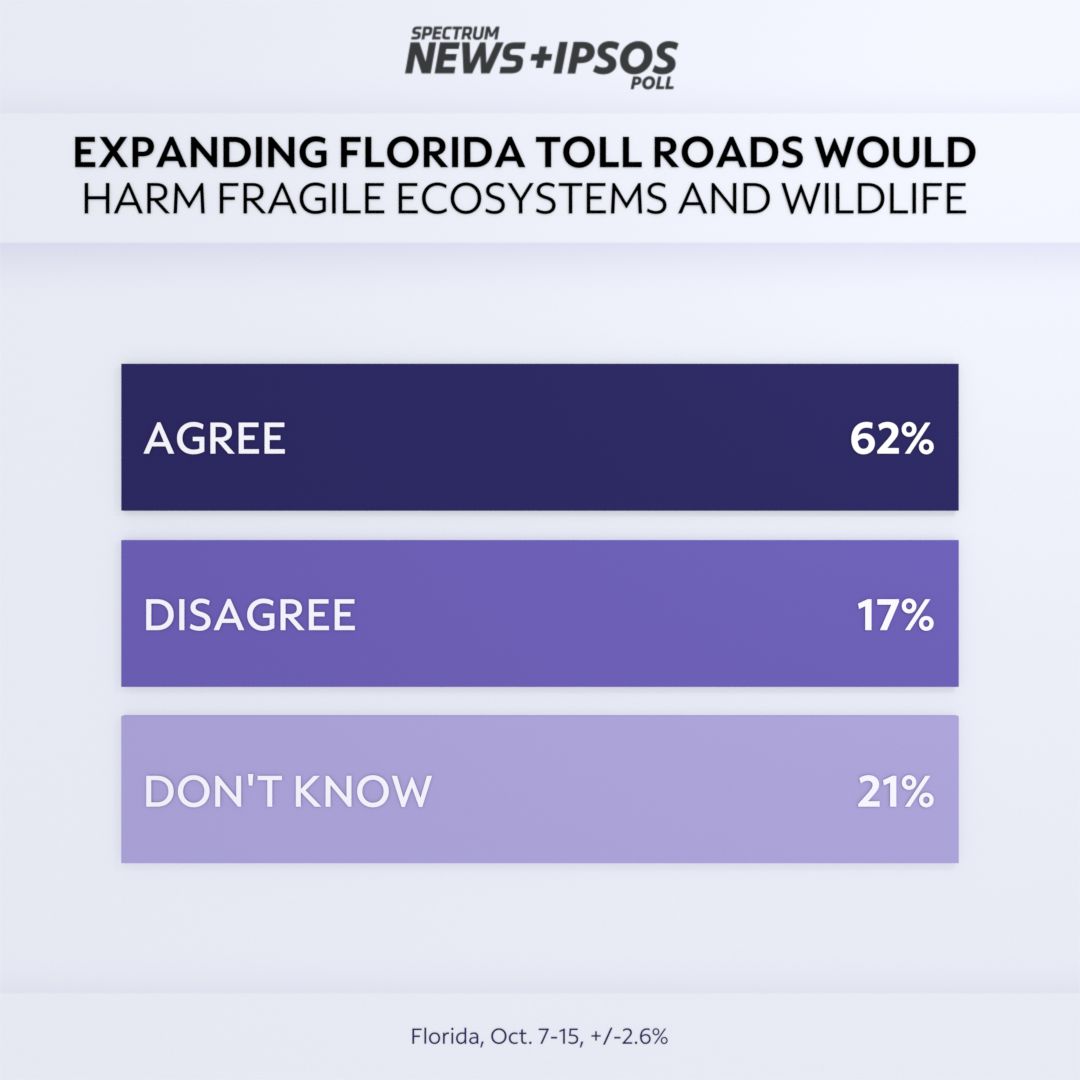 Despite the state's insistence that habitat conservation remains a top priority of the massive project, 62% of Florida voters think expanding toll roads in Florida would harm fragile ecosystems.

But with hundreds of people moving to Florida every day, the man in charge of laying out the roadmap for expansion says there's no time to pump the brakes.

"As stewards of good policy planning, we must take a proactive stance to develop transportation solutions for the future. We must do that now," Florida Transportation Secretary Kevin Thibault told Spectrum News. 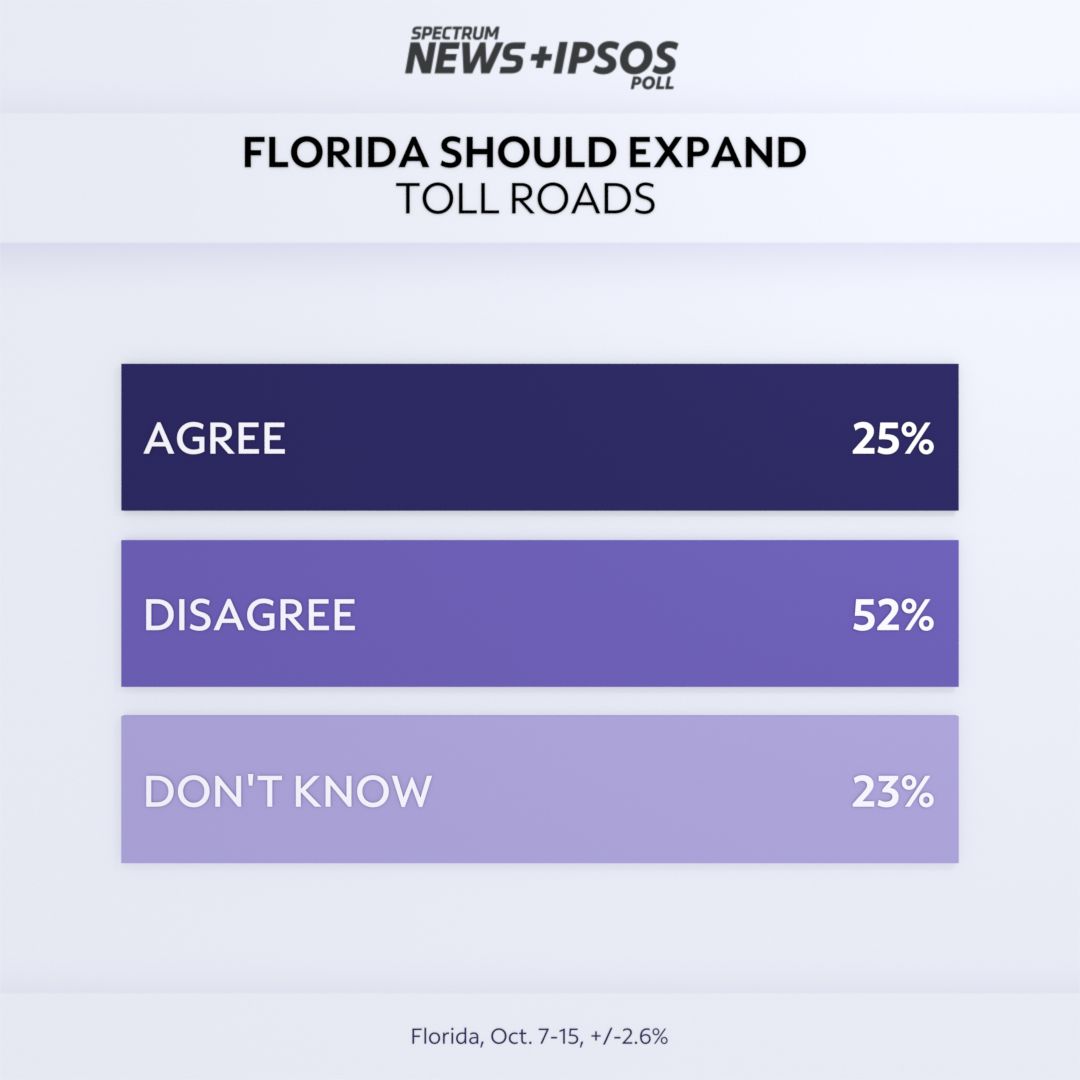 According to the poll, more than half of Floridians don't buy FDOT's assessment that toll roads must be expanded through rural areas to accommodate population growth. In fact, 52% disagreed with the idea.

The tasks forces responsible for the three proposed corridors will submit their plans to Gov. Ron DeSantis by November 15, and they're likely to be met with approval in Tallahassee.

DeSantis got the wheels rolling on the toll road expansion plans when he signed Senate Bill 7068. It paved the way for M-CORES, which was spearheaded by Senate President Bill Galvano.

For this exclusive Spectrum/Ipsos poll conducted from October 7-15, 2020, a sample of 1,800 Floridians over 18 years old were interviewed online, in English. The sample includes an oversample of 400 respondents in both Orlando and Tampa for a total of 620 and 604 interviews in those respective regions. Statewide results have a +/-2.6% credibility interval.