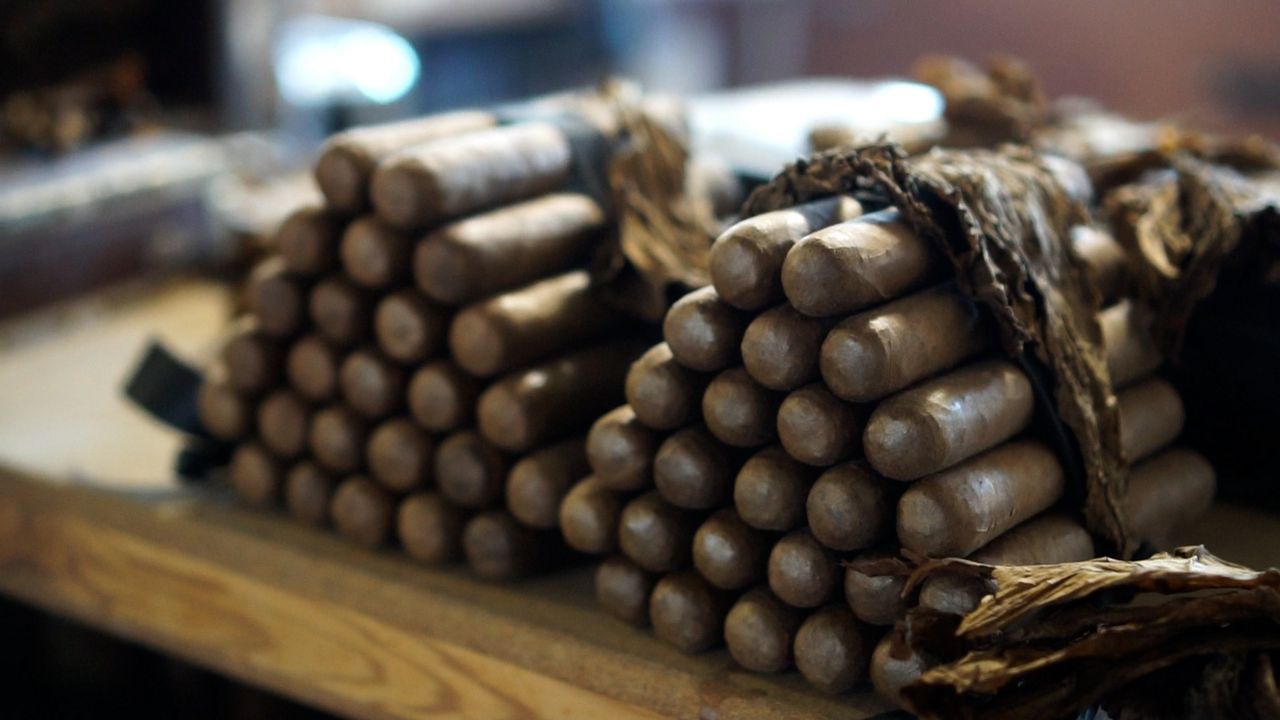 Freshly rolled cigars are piled up in one of Ybor City's last cigar factory.

For more on Street Level Florida

Taking a walk down 7th Avenue in Ybor City today, you can see the legacy of the neighborhood’s original inhabitants. Flamenco music pours from behind the Spanish-tiled walls of the Columbia Restaurant. Down the block, a green, white and red flag waves from the balcony of the Italian Club, while across the street a man sits in a storefront window hand-rolling cigars.

Nestled among the bars and other new businesses, these last remaining vestiges of the past pay tribute to the area's vibrant culture and history — a history passed down and preserved through family businesses like the legendary Columbia Restaurant.

“I always like to look at how blessed I am to be able to come to work every single day and work with my dad and work with my cousin,” says Andrea Gonzmart, the restaurant’s soon-to-be fifth-generation owner.

The Columbia is one of the few remaining tastes of old Ybor City. Founded in 1905 by Cuban immigrant Casimiro Hernandez Sr., The Columbia is known as much for its history as for its cuisine.

“When the Columbia Saloon was built, it originally served beer to the cigar workers walking to work and back home eating a sandwich,” says Andrea’s father, Richard Gonzmart.

He’s been preparing Andrea to take over the running of the restaurant—a job that’s about much more than just learning the menu. For the Gonzmart family, it’s about keeping The Columbia’s rich history alive through traditions that reflect the community’s Spanish culture.

Maria Esparza is tasked with the preservation of one of those traditions.

“I think flamenco is definitely a part of not just Columbia history, but Tampa history,” explains Maria, the restaurant’s dance director.

"It's the one dance that we dance with everything from the top of your head to the tips of your toes,” Maria says.

“It's an art form and it shouldn't die.  And as long as I'm around, I'm going to keep it alive,” Maria promises. 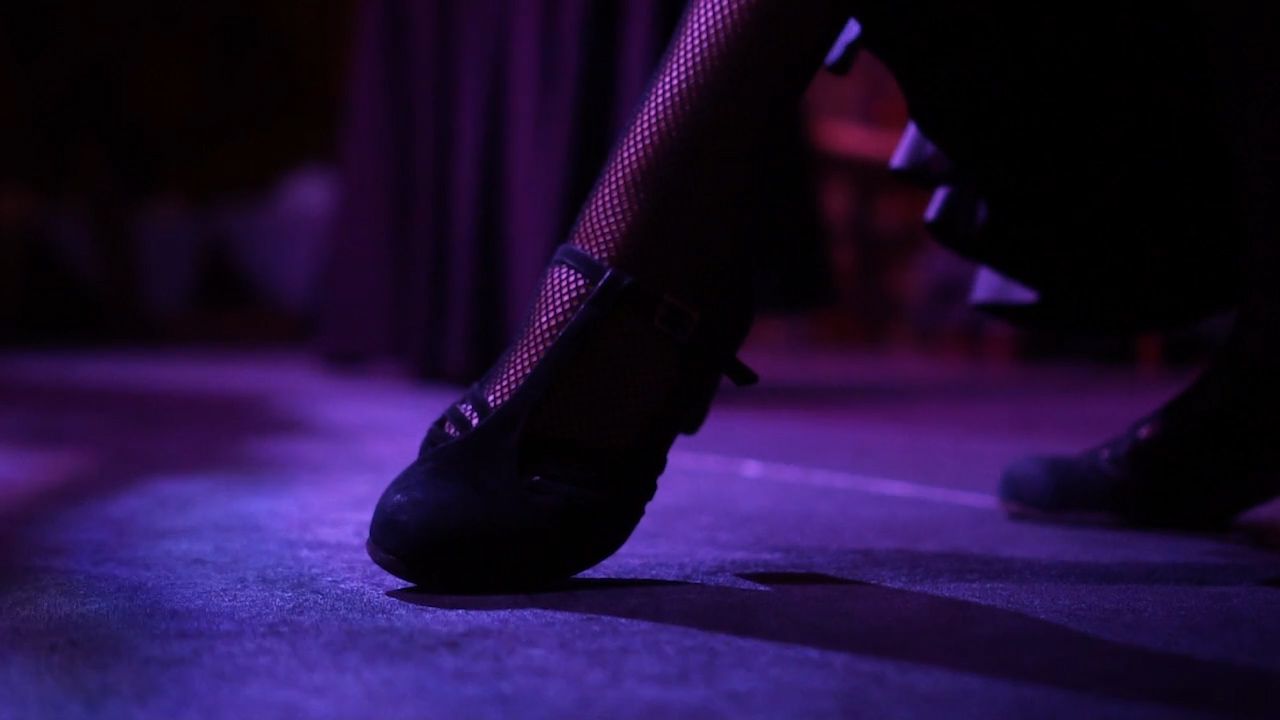 For the Gonzmarts, it’s one piece of the legacy they are trying to preserve.

“We've tried to stay true to who we were,” Richard explains. “To remember those that once made Tampa great —Ybor City great.”

Ybor was a hub for immigrants, a shelter from the dangers of their own countries, and a chance to make a new and better life.

The promise of jobs drew newcomers to 7th Avenue, a street that has been central to Ybor’s economy for more than a century.

The city is named for its founder, Vincente Martinez Ybor, a Spaniard who spent most of his life in Cuba. His support for Cuban independence forced him to flee to Florida, settling in Tampa in 1886 and bringing his cigar business with him.

Other cigar companies followed, creating a booming industry in Ybor City, and drawing immigrants to the area with the promise of jobs.

“After Ybor and some of the other large cigar manufacturers come to Tampa, you're gonna see the population explode,” explains Tampa Bay History Center Historian Brad Massey. 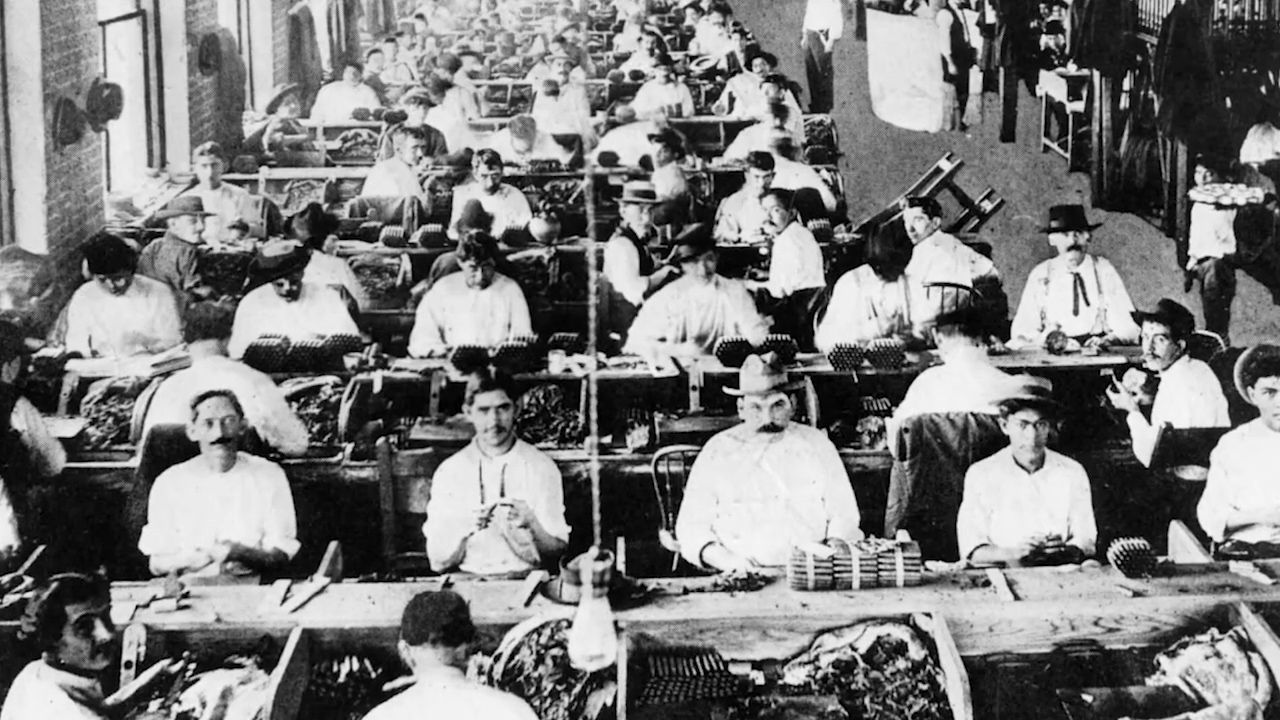 Cigar rollers in one of the more than 150 cigar factories in Ybor City at the turn of the century (Courtesy University of Florida).

Tampa’s subtropical climate and close proximity to ports for Cuban tobacco made it an ideal cigar manufacturing center.

“We live in a natural humidor,” says Eric Newman, the third-generation owner of Ybor City’s last remaining cigar factory.  “It's good for the tobacco — keep it in humidity — good for the cigars.”

Tampa was once home to 150 cigar factories, which attracted immigrant workers and their families, creating thriving communities in the surrounding area.

Ybor City was diverse, with Cuban, Italian, Spanish and Jewish immigrants all living and working side by side.

“The Italian and Spanish workers relied on the Jewish merchants to provide for their needs — clothes, dry goods, groceries. So there was an interaction between the cultures that you don't find everywhere,” explains Andrew Argintar. His grandfather, Max Argintar, emigrated from Romania to Tampa in 1902—fleeing persecution and forced conscription into the Romanian army.

In the true style of the American dream, in just six years, Max opened his first business on 7th Avenue. The building still bears his name. 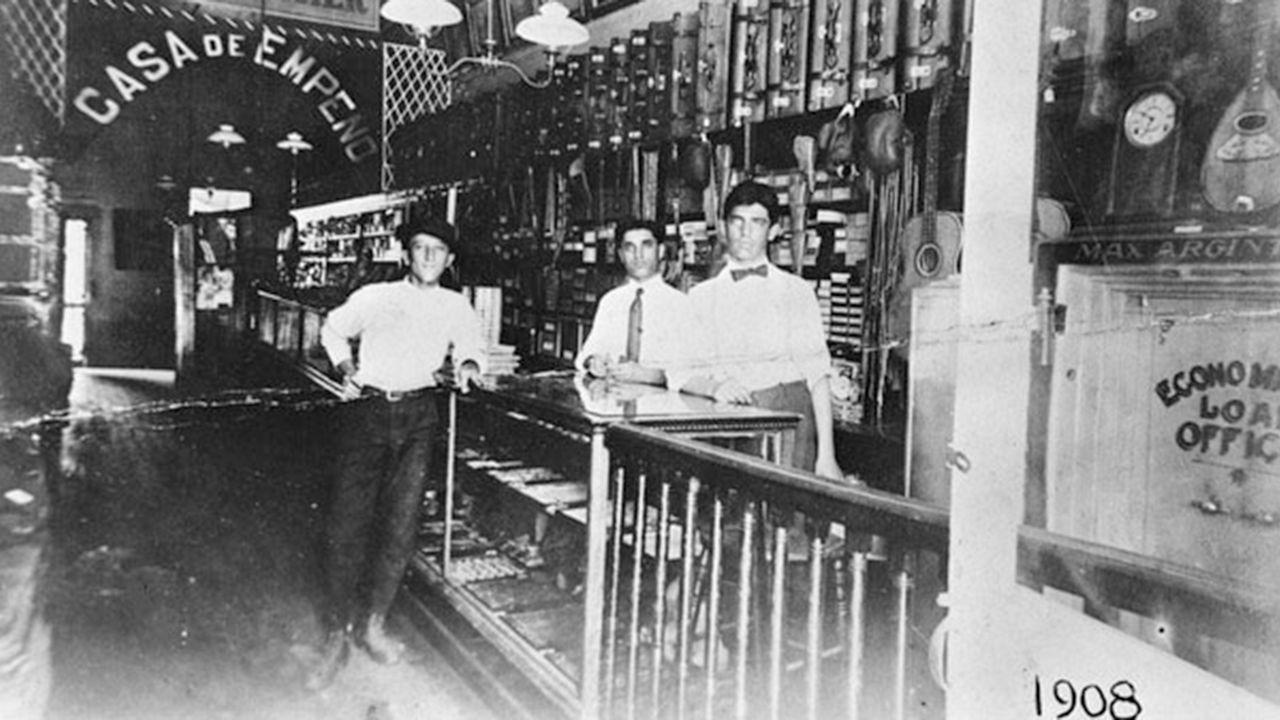 The Argintar family pose inside their family business circa 1908 (Courtesy Argintar Family Collection).

The Argintar family shop was a Ybor City landmark for decades, passed down through generations. Andrew remembers his father’s close relationship with customers.

“There is the thing about my father,” he recalls, “people would come in the store and 75% of them, he would know their name. We had the same family shopping with us for three generations.”

But many of those customers left as their jobs bagan to disappear.

“There is a long decline and it starts in the early 1930s as the Great Depression starts.” says Brad. “All of a sudden you see more machines in factories, and when you have more machines, you need less workers.”

The Cuban embargo of 1962 dealt a final blow to the cigar industry, shuttering most of Ybor City’s factories, and leaving the once thriving community to adapt to a changing economic landscape.

For Part 2 of this Street Level feature, please click here.