ORLANDO, Fla. — Tropical Storm Josephine is looking more and more like it will not impact Florida.

Josephine formed in what's called the "Main Development Region", or MDR, in the open Atlantic. This is an area where many tropical storms and hurricanes develop in the late summer and early fall.

These systems are of especially high interest to Florida, as often these storms approach the Sunshine State. We are also entering the peak of hurricane season, which is another reason to watch systems in this area very closely.

Fortunately, Tropical Storm Josephine is different. It has significant hurdles to before it can intensify further.

As it nears the Lesser Antilles and Virgin Islands, the complex will be battling wind shear and dry air. Both often combine to weaken, and is some cases dissipate, tropical systems. 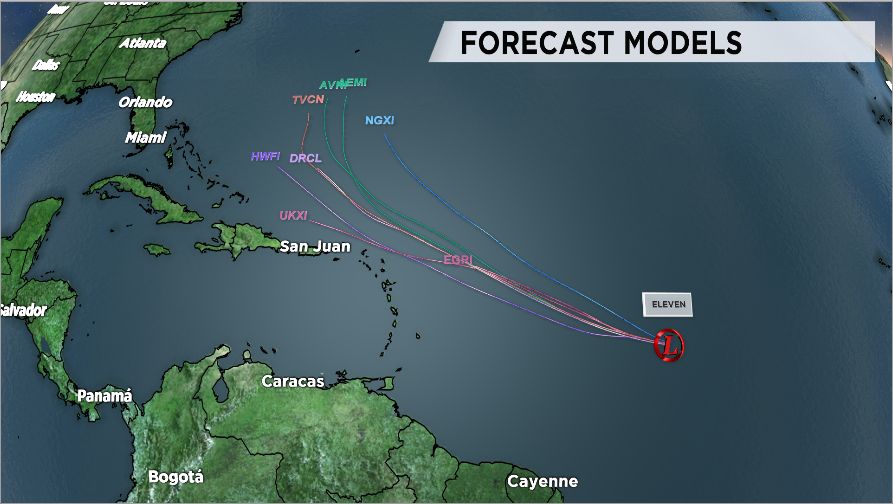 If Josephine does manage to hold together as it nears the islands, there's another reason Florida shouldn't be concerned -- steering flow.

The system will likely continue to move northwestward, away from the Virgin Islands early next week.

As it does, the steering flow will begin to switch to the north, turning Josephine almost due north. In fact, some long term projections have the system moving out to sea.

So bottom line, as of now, Josephine is not one to worry about for Florida.

However, that does not mean things will remain tranquil in the tropical Atlantic.

Long-term computer models continue to indicate a potential significant increase in activity late August into September. This is typical as August normally sees the greatest increase in tropical activity.

With a lull in tropical activity, now is a great time to make sure your hurricane plan is ready to go. That includes reviewing your plan, stocking up on supplies, and making sure you have proper insurance coverage.

We're less than halfway through the 2020 hurricane season, but right now there's nothing to concern Florida in the tropical Atlantic.