One of the darkest days in Tampa Bay’s history took place 99 years ago when a major hurricane made a direct landfall on Tampa Bay.

Parts of the city became submerged under 10 feet of water from a deadly surge with breaking waves destroying buildings. 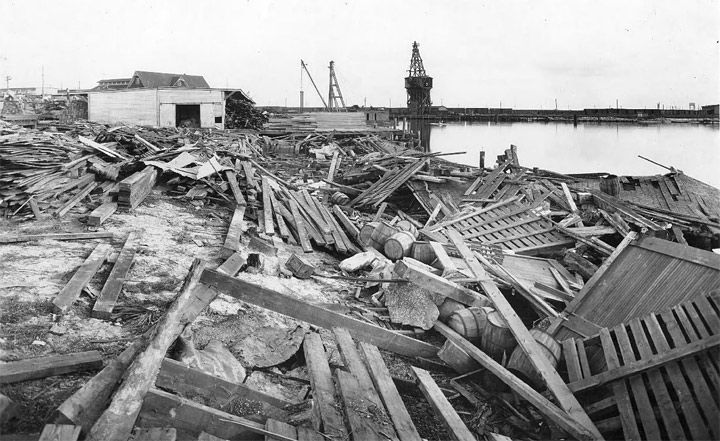 It is known as the 1921 Tampa Bay Hurricane, which made landfall on October 25 over Tarpon Springs. It wasn’t as damaging or nearly as deadly as other hurricanes to strike our state, but it was the strongest to strike Tampa Bay in modern history. Like many storms to strike Florida during the month of October, it originated over the western Caribbean. On October 23, an air pressure of 27.80” (941 mb) was observed in the Yucatan Channel, an indication of a major hurricane. In fact, it was believed to be a category 4 hurricane as it was passing west of Cuba.

Hurricane warnings were issued the following day for the west coast of Floriday. The warnings stretched from Key West north to Apalachicola, including Tampa Bay. Residents prepared for a hurricane impact.

Tampa Bay was booming in the early 1920s. The metro area was seeing explosive growth, especially when it came to real estate. It was a period known as the “Big Boom” that followed World War I. Families emerged from the war with the ability to go on vacation and to relocate, bringing many to Florida.

According to local newspaper reports at the time, residents feared the damage would stop the booming growth and put a halt to the tourism. 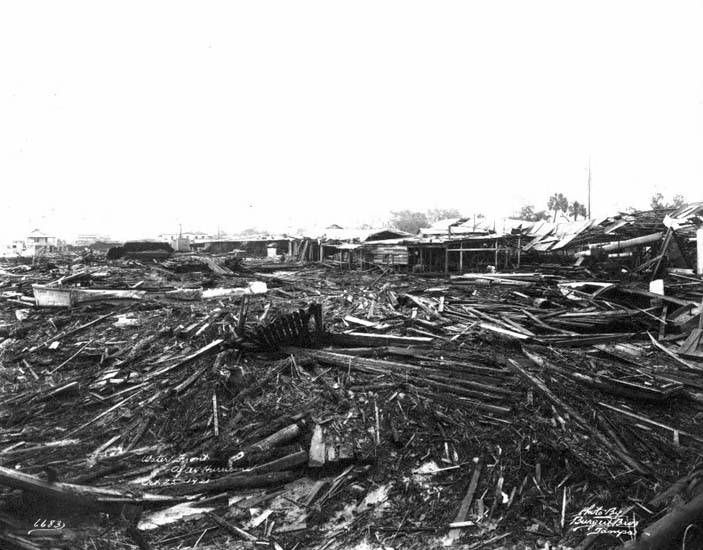 The hurricane approached Tampa Bay on October 25, making landfall early that afternoon over Tarpon Springs. A destructive storm surge came with it, inundating parts of downtown Tampa with a ten foot surge. 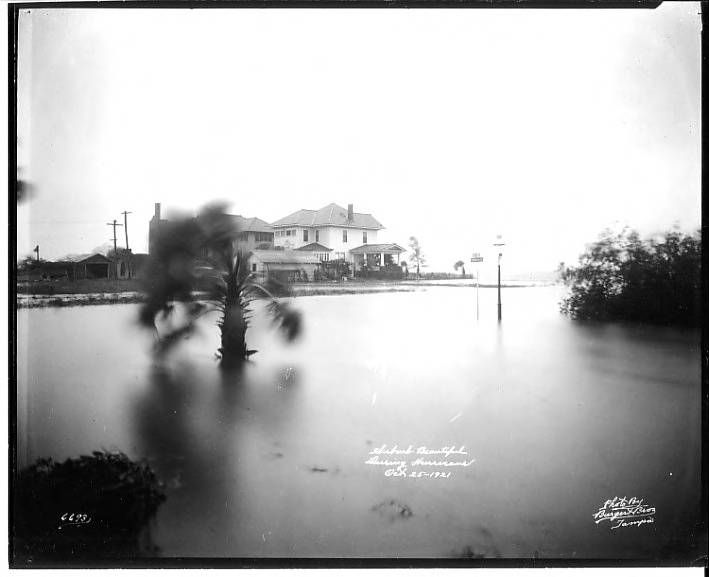 A storm surge of 10.5 feet was the second-highest surge ever recorded, behind only the Great Flood of 1848 which was reported to be at 15 feet.

In Tampa, the surge surpassed the seawall at Bayshore, causing great destruction to the infrastructure and homes along the road. 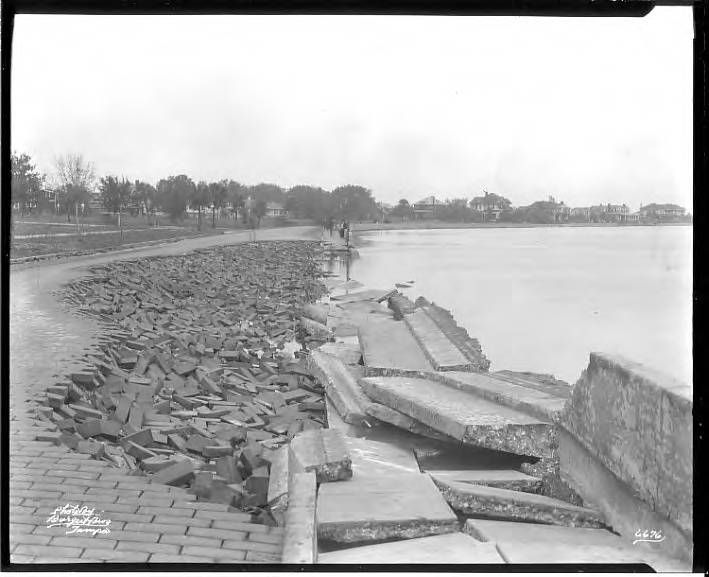 The most severe flooding from the storm surge took place in Palmetto Beach, Edgewater Park, and Desoto Park where the water rose to the second story of buildings. Breaking waves on top of the surge destroyed many buildings. 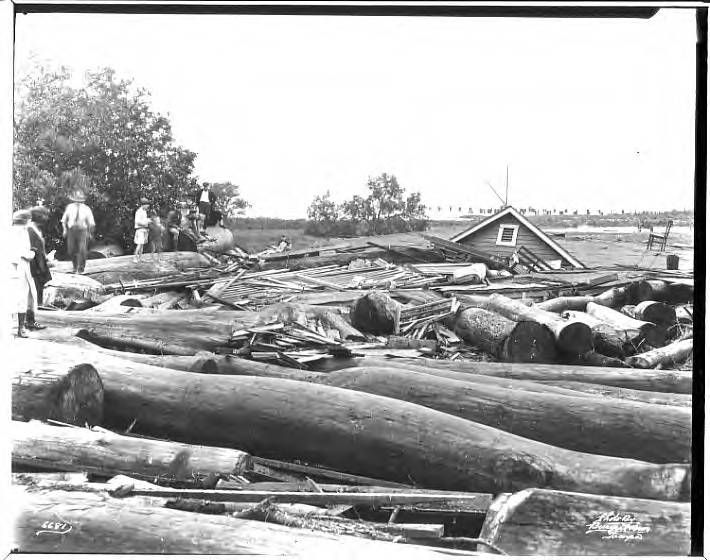 It is believed the storm surge backed up in Tampa Bay and flowed over Pinellas County, draining out into the Gulf of Mexico. The surge split Pinellas County in half and parts of the county became an island until the water receded soon after the storm passed. 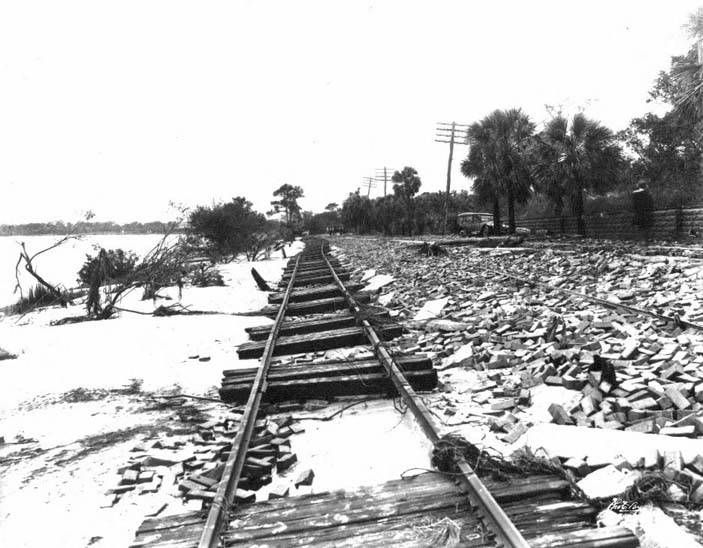 Damage to a railroad along Bayshore. (Hillsborough County Library)

There were significant losses to crops across the area, including on farms well inland. 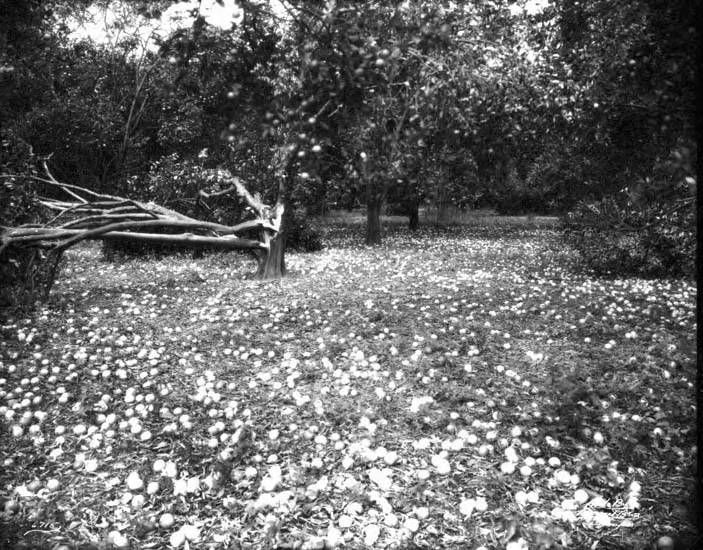 Damage was estimated to exceed $10 million in 1921 dollars, which is roughly $120 million today. There were at least eight fatalities from the hurricane, including two people in Tampa who drowned in the surge.