Imagine waking up to temperatures in the teens. It's hard to think about that kind of cold around Tampa Bay but in December 1962, Tampa Bay experienced its coldest temperature ever recorded.

December 13, 1962 was the date Tampa experienced its coldest morning ever recorded. The temperature fell to a bone chilling 18 degrees. Tampa hasn't seen a temperature that low since.

The pattern was absolutely perfect to get the Arctic air this far south. It's easy to get cold weather into Tampa Bay, but to see teens is extremely rare.

It's not uncommon to have a frost or freeze threaten parts of Tampa Bay during any winter season but the pattern in December 1962 was the perfect setup. December 1962 had the "ridge-trough configuration" but it was extra amplified, meaning it was displaced even farther to the south over the eastern United States.

This pattern resulted in several strong cold fronts that allowed the flood gates of Arctic air to drain south. It led to very cold conditions from Hudson Bay to New England and all the way to south Florida. 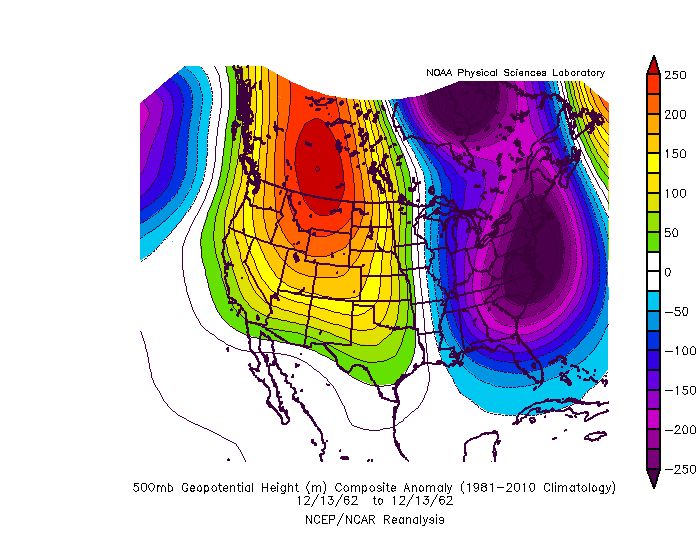 Long story short, the setup leading to December 13 was cold to begin with. Tampa Bay didn't see a single 70-degree day for an entire week prior to the historic cold air outbreak.

Around December 10, an Arctic front was on the move. Temperatures behind the front were running 30 to 40 degrees below average.

The front swept through Tampa Bay on December 12 with a strong north wind. Temperatures plummeted each hour following the front. On December 13, 1962, the temperature fell to 18 degrees at Tampa International Airport. To this day, 18 degrees remains the coldest temperature ever recorded in the city's 130 years of record-keeping. 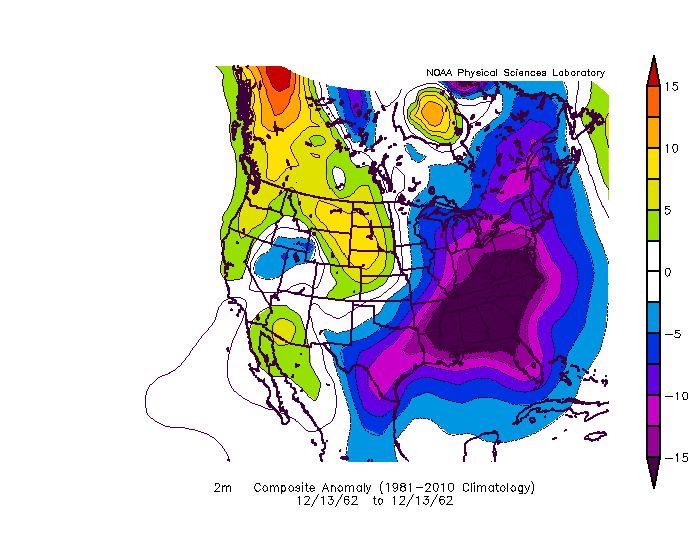 It is so hard for downtown St. Petersburg to see a temperature this low largely due to the influence of Tampa Bay and its warmer waters. You have to have the perfect air trajectory to flow almost entirely over land to keep temperatures so frigid.

Temperatures during the day only reached the 40s. Tampa reported a high temperature of 44 degrees and St. Petersburg only managed to hit 42 degrees that afternoon. 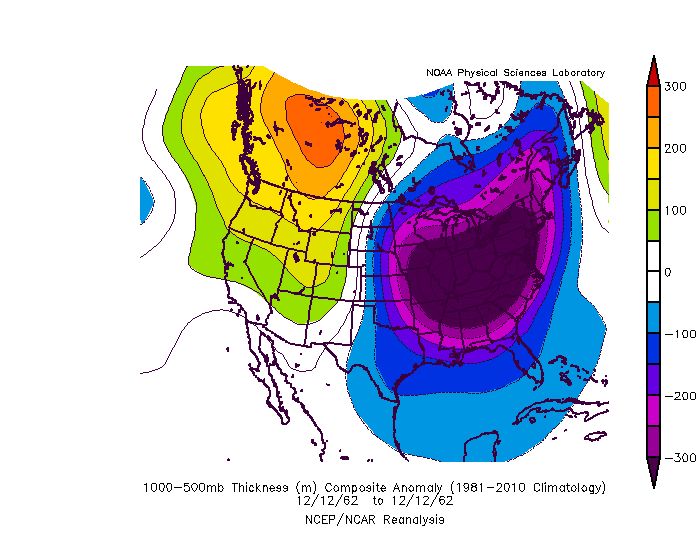 It sure is cliche but sub-freezing temperatures in Florida on Christmas Day just don't match the stereotype. The pattern began to flip and temperatures were warming toward Christmas.

It seems almost as if Snow Miser and Heat Miser were having a duel here in Tampa Bay. Spoiler alert: The Heat Miser won.

After reaching the historic low of 18 degrees on December 13, the temperature rose to a balmy 80 degrees on Christmas Day! It was quite the pattern change and not only was the warm-up impressive, Christmas Day was Tampa's warmest day all month.