The Atlantic basin has been rather quiet so far this season, but that's somewhat normal as we usually see tropical activity pickup in August to September.


So far, this year, conditions haven't been ideal for a lot of tropical activity.

The Bermuda high pressure east of Florida has combined with lower pressure near the north coast of South America, resulting in strong trade winds through the Caribbean. That results in hostile conditions for tropical waves and helps cool the water.

While we've had a couple of small insignificant storms, conditions have mostly been quiet.

Now that we're moving into the busier part of the season, we'll keep an eye on various patterns to see how active this season will become. 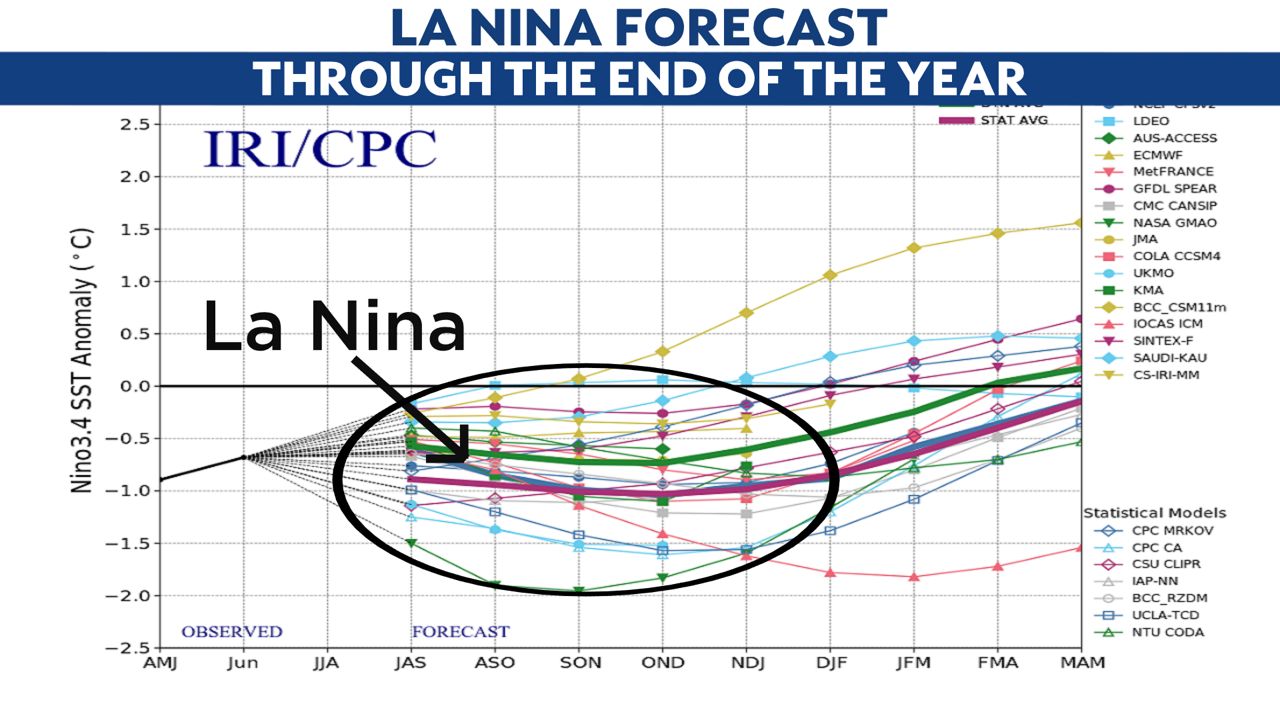 When the Pacific Ocean oscillates to below average water temperatures, we refer to that as La Niña. Looking back at historic records, that usually results in the Atlantic basin seeing above average hurricane seasons. 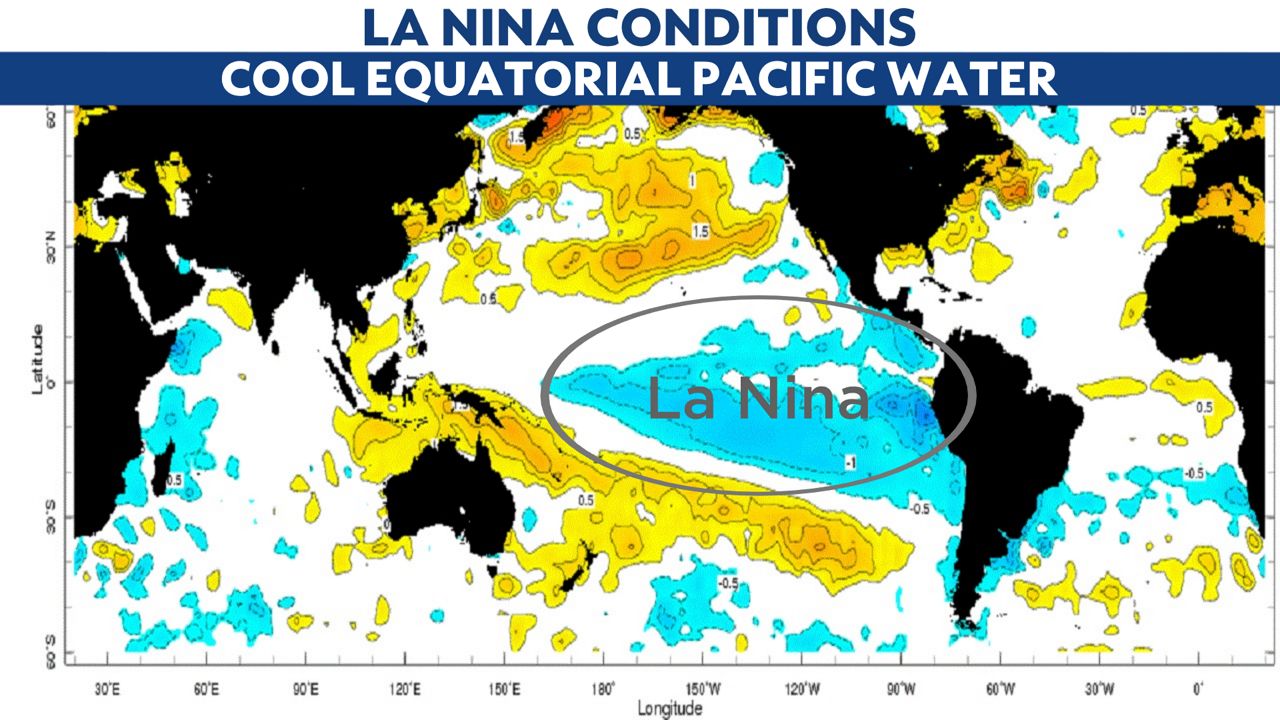 During these types of years, there is usually less wind shear over the Atlantic, which can allow tropical waves to thrive more easily. This likely means the Atlantic hurricane season will soon get more active.

However, there are other attributes that can counteract those La Niña conditions. 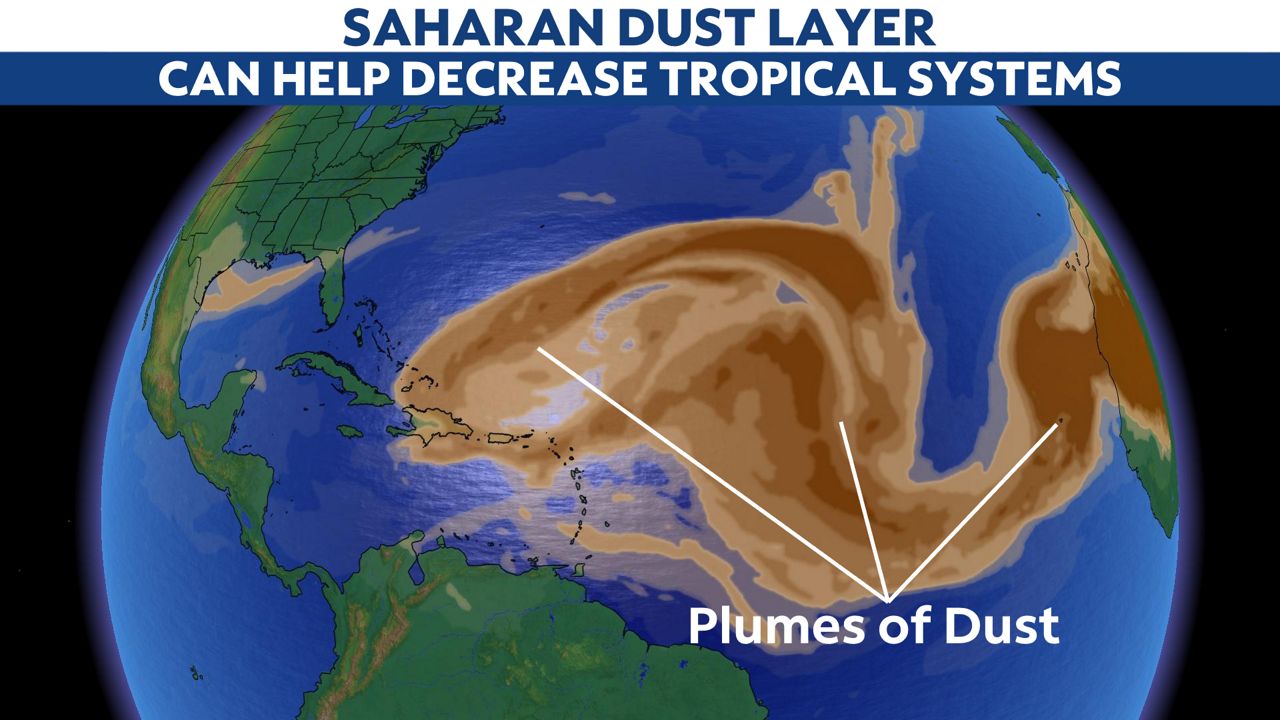 Although it's still early in the season, we've noticed a lot of Saharan dust and dry air coming from Africa.

This will be something we keep our eye on because, at some point, the dry air will back off.

When that happens, it will leave the door open for more robust tropical waves to move across the Atlantic Ocean. 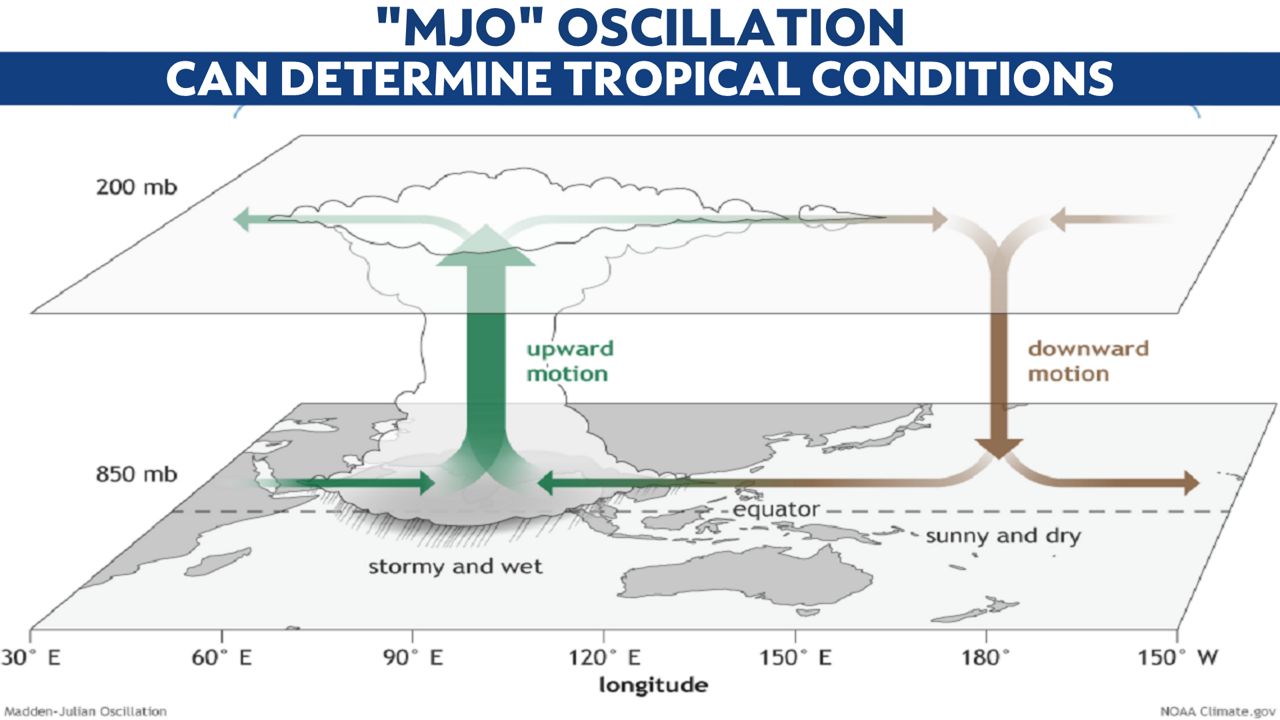 Something that you don't hear discussed often, but we look at behind-the-scenes, is the Madden-Julian Oscillation (MJO).

This is a global weather pattern we're still learning about. We know there are oscillating waves in the upper atmosphere that travel around the earth. When they pass overhead, they add lift in the atmosphere, which helps result in lower surface pressures, which is when stormier weather happens.

Although their exact path is hard to predict, we've been able to track them with more precision over the past decade. This will usually give us a heads-up on when the tropics will get more active.

Up to this point in the season, the MJO hasn't been passing over the Atlantic Ocean, but that will probably change over the next month. When that pattern passes overhead, it will almost certainly result in more tropical waves growing into hurricanes. 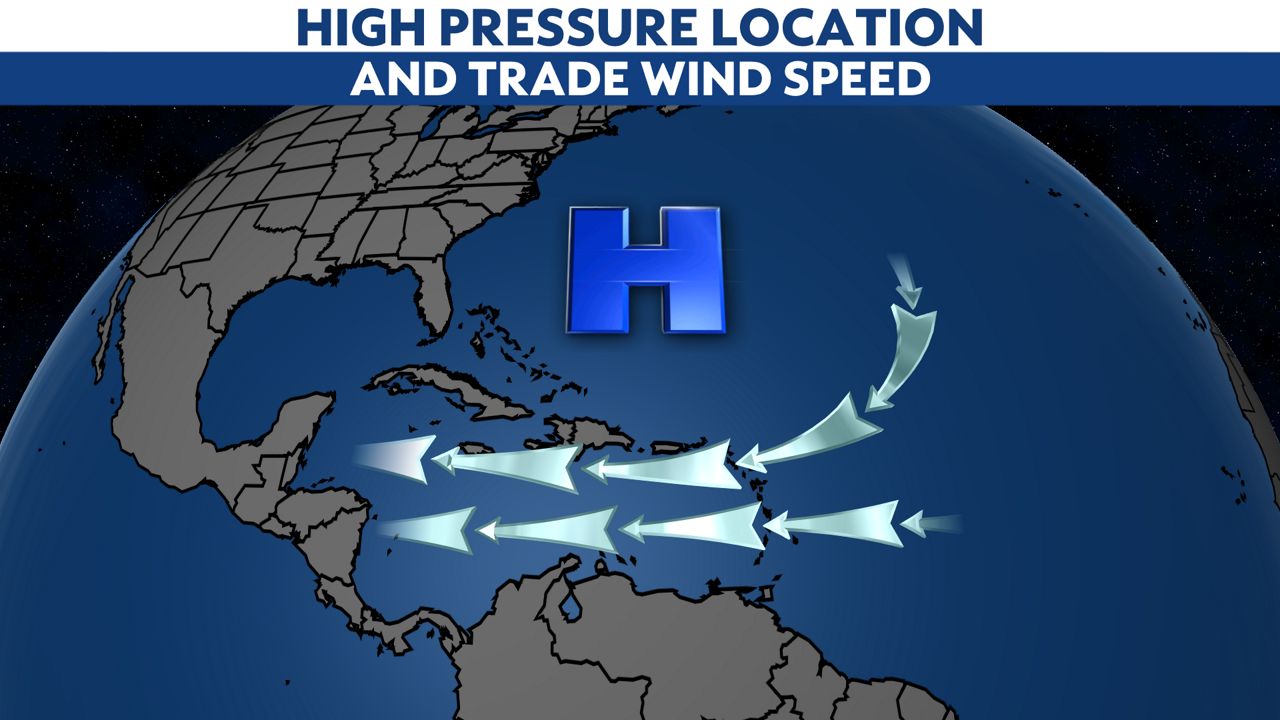 Once tropical storms form, the Bermuda High plays a big role in determining their exact path. The high pressure constantly moves and therefore, is something we watch daily as it will give us an idea of when conditions will be present to allow a hurricane to track toward the United States.

As stated earlier, the Bermuda High can also play a role in strong easterly trade winds moving through the Caribbean. That's been happening this season. But just this past week, that pressure gradient has weakened, which will open the door for tropical waves to organize when they approach the Caribbean.

Although large scale weather conditions are ripe for this season to have above-average activity, the regional factors mentioned above will determine if any of the tropical storms impact land this year.

Like every year, we'll be here to track every tropical wave in a non-hype manner to give you the facts on what we're seeing.